To Have or to Hold – Women and the Priesthood

To Have or to Hold – Women and the Priesthood 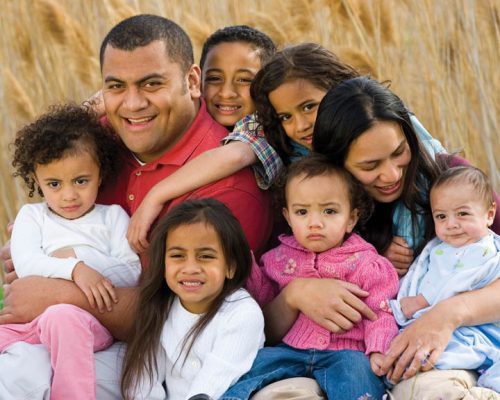 In The Church of Jesus Christ of Latter-day Saints we use two phrases interchangeably that can be confusing to even the most seasoned member of the Church. We refer to someone “having” the priesthood, and we refer to someone “holding” the priesthood. We don’t usually think of these two things as being different from each other, but for the purpose of this article I would like to make a subtle distinction between the two that might help in clarifying the issue of where women stand in relation to the priesthood that only men are ordained to.

Only the men hold the priesthood, having had it conferred upon them, by the laying on of hands by someone who already has the priesthood and is authorized to give it to someone else. But to say that the priesthood belongs only to the men is not a true statement. To say that only men have the priesthood is to declare that only men possess the power of the priesthood and are the dispensers of its blessings. Nothing could be farther from the truth. When a man is given the priesthood he is made nothing more than a servant of God who, by covenant, is commissioned to do God’s will and work in a certain capacity. The power is God’s, not man’s. The priesthood is the power of God that sustains the universe and keeps all things in their order. We do not have that power, only He has that power. But as his authorized servants, when a priesthood holder performs an ordinance given us by God, and it is done under His authority, God recognizes the validity of that ordinance and blesses the person receiving it.

Baptism is a good example of this process. The holder of the priesthood and the convert go down into the water as instructed by the Lord through scripture. The priesthood holder says the words of the prayer, exactly as revealed by the Lord for them to be said, then immerses the person in the water. That is the full role of the servant, he did the will of his master. Baptism is for the remission of sin. Does the one doing the baptizing forgive the sin? No, God does that. But God recognizes that the ordinance being done was by his authorized servant, and assuming the convert was truly repentant, He forgives the sins. He would not recognize that ordinance done by anyone other than by one of his own authorized servants. So baptism for the forgiveness of sin must be done by someone who truly is authorized by God to perform the ordinance.

The power of the priesthood is only displayed as we minister to the needs of others. It is the power of Godliness that is revealed in the lives of God’s children as we do His work. To do this the priesthood is not just with the men, but with everyone who is baptized, male and female. This is a matter of covenants. In this sense, all who make covenants with God have rights to the blessings from this priesthood power.

Priesthood power is available to every member of the Lord’s Church. The covenants we make, beginning with baptism, are what makes all the difference. Every blessing is based on obedience to the laws that bring those blessings. Covenants are the laws that create lives that are capable of becoming celestial in nature. There is no difference between men and women when it comes to receiving the blessings of keeping covenants. Remember, no one can walk back into the presence of God in the highest degree of the celestial kingdom without a spouse. The priesthood and its accompanying blessings given to us here in mortality enables both men and women to be endowed with spiritual power that makes it possible for both of us to become righteous and filled with the Spirit. No one has to “hold” the priesthood in order to return to God. But all must develop power in the priesthood to return to God. That power comes from keeping our covenants, all of which are given to us through the priesthood.

To review – men hold the priesthood and are under covenant to perform the Lord’s ordinances as He has revealed them through the prophets. The priesthood holders are commanded to stand in the place of the Savior and direct the affairs of His Church, serving in all capacities that will bless the lives of God’s children. But priesthood power comes from God, and is available to all members of the Lord’s Church, male and female, young and old, because of the covenants we all have made.

The material for this article came from Joseph Fielding Smith in a talk on the Priesthood in a 1970 Conference address. The talk is found on pages 90-92 in the booklet. I strongly encourage you to read the whole talk.