What Is A Priesthood Quorum?

What Is A Priesthood Quorum? A quorum, by definition is just a chosen group. It is a Latin word used anciently to describe a selected group of people with special responsibilities. To become a member of the quorum was to become a member of a special group. In this day and age of the Lord’s Church, he has designated each priesthood level in a congregation (ward/branch) as a quorum. Each quorum is the same in basic purpose, but different in size and responsibilities. Let’s start at the lowest level of the priesthood and work our way up.

The Deacon’s quorum can hold up to 12 deacons, no more. If you have more than 12 deacons in a single ward then you generally have two quorums of Deacons. To be a Deacon you must be at least 11 years old and hold the Aaronic priesthood. The Deacon’s quorum is headed by a president and two councilors, all of whom are selected from the members of the quorum. They are taught each Sunday by an Adviser that is assigned by the Bishop to help guide these young men of the ward. Here is a link to what these young men are being taught each Sunday – Come, Follow Me

The Teacher’s quorum can have up to 24 Teachers. The quorum cannot be split unless you have more than 24 young men in your ward/branch between the ages of 14 and 15. Teachers also have a president, with two councilors. As with the Deacons, the president and both councilors come from the quorum membership. They also have an Adviser, called by the Bishop, who teaches their lessons and helps them in their priesthood duties. The Teachers are taught from the same lesson manual as the Deacons.

There can be up to 48 Priests in a single Priest’s Quorum. Unlike the Deacons and the Teachers, who each have a president and two councilors that all come from the quorum, the President of the Priest’s Quorum is the Bishop of the Ward. Even though a Bishop is a Melchizedek Priesthood holder, the office of a Bishop lies within the Aaronic Priesthood. That is explained in the aforementioned article on the offices of the priesthood. Two of the priests are called to be assistants to the Bishop within the quorum. Priests are the 16 and 17 year olds. They also learn from the same manual as the Deacons and the Teachers.

Note:  New adult members of the Church are initially ordained to an office in the Aaronic Priesthood for a period of time before being moved on to the Melchizedek Priesthood, so you can have an adult who is also a Deacon, Teacher, or Priest, and performing their duties.

An Elder’s Quorum can have up to 96 Elders in it before needing to be split. Elders comprise the largest segment of priesthood holders in the Church. Most of the men in the Church are Elders because once you are made an Elder you stay an Elder for the rest of your life unless you become a High Priest. Again, refer to the other article for more particulars about Elders and High Priests. In college/young single adult (YSA) wards where all priesthood holders are Elders, it is not unusual to have two quorums.

Now that we have laid out the main quorums of the priesthood, let’s talk about how they function and how they are supposed to work. Elder Stephen L. Richards, a member of the Quorum of the Twelve Apostles said that, “A quorum is three things: first, a class, second, a fraternity, and third, a service unit.” Just as the young men are all taught out of the same manual, so the adults also have a common study materials for Sunday lessons. These lessons are also used by the women in the ward for their classes. 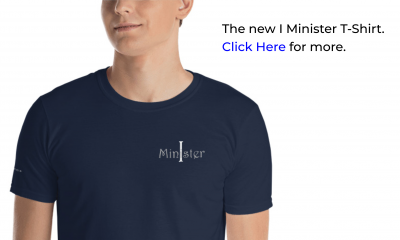 Oh, that every … Priesthood quorum was a royal brotherhood where each member could say, “I have true brothers who care about me, who will protect me and sustain me, who think enough of me to correct me.” (See the talk at the end of this article.)

The Lord expects more from us than mere membership. His goal is to help us knit our hearts together so that we feel and act as one. This takes practice and a lot of effort on everyone’s part. This is the purpose of the quorum. When a quorum is working as it should every member of the quorum should feel included, safe, and valued.

In my ward there are men who have been in our neighborhood most of their adult lives. They have raised their families together, served in the Church together, worked together in the community, and fished and hunted together. They have helped to raise each other’s children, suffered through losses together and personal victories, and even buried each other. There are differences of personality, opinions, and political standing. There are those who rub others the wrong way, and don’t have many friends because of their caustic personalities. But the thing that amazes me and makes me so glad I am here is that they are practicing the Savior’s injunctions to forgive and to tolerate. They are willing to give people another chance to prove they have really changed. They take in their neighbor’s kids who are giving their parents fits to give both the child and the parents a little time apart. They pick up the expenses of these new charges and treat them as they would their own children. These are really good men.

I am the new member of the ward. I have only lived in the neighborhood a little more than a decade, compared to their lifetime. Yet I am given all the consideration of someone who was also raised in the area. In some places this would be a much more difficult transition to make. These men are not wealthy, most of them being tradesmen and laborers. It is difficult for me to put this into words, but as someone who has no skills with my hands, this is like falling into a well of gold. I was trying to figure out how to build a short wall out of prefabricated blocks in part of my yard. I was making a royal mess of the project when my neighbor from across the street came and inquired about my activity. I explained what I was attempting. It was, I am sure, painfully obvious to him that I had no clue what I was doing. He suggested I bring it up in quorum meeting the following Sunday to see if we could get some suggestions.

The next thing I knew we had a crew of 12 men at my house, several of whom were masons, and my wall was forming before my eyes. I was as useful as, well, you can imagine all sorts of expressions to describe how completely useless I was. But what I also was, was grateful. Every time I look at that wall I am filled with gratitude for the kindness of those who gave of their Saturday morning to build that wall for me that I couldn’t do for myself. Since then I have tried to serve them in any way that I can. I still feel like the debtor, and I frankly love giving to those men after the many ways I have seen them come together as a brotherhood and act in unison, with their hearts knit as one.

If there is one thing Latter-day Saints get lots of practice at it is service. That is all the Savior did. He served others from dawn till dusk, and then some. We call it the difference between administering and ministering. Any executive can administer a program, but those who serve, minister. This is where the gospel of Christ is demonstrated most visibly. That may not be entirely the case, since so much ministering that happens behind the scenes is not seen visibly by others, but the Lord sees it.

In a ward/branch the quorums all serve their individual purposes. When there is work to be done, the labor is generally divided by quorum. The Aaronic Priesthood’s responsibility, in large measure is to care for the physical needs of the Church. When there is a clean-up project at the church house or in someone’s yard, the Aaronic Priesthood quorums are generally there. When there are roofing projects, it generally falls under the Elder’s Quorum, though they often bring their sons so they can personally teach them valuable skills and lessons. Funny how they won’t let us older people up on the roof any more. I think they are afraid we will fall through the roof and kill someone (probably ourselves). So I stay on the ground and pick up nails and pieces of shingle, sweep the walks and clean up whatever I can. Both the Elders and the High Priests do yard work for the widows and those neighbors of any faith who need some help with the jungle outside their homes. At the time of this writing I am living in Hawaii.

We generally turn any opportunity to serve into an excuse to eat. After every service project, and there are lots and lots of them, food is served. There is no danger of starving if you are an active member of the Church. It also helps that we live in Hawaii, which is famous for its food culture. These people really know how to eat! Even eating turns into service. I have seen people wandering down the road and get dragged into the food area and fed. No one had any idea who the person was, they just got too close to the food area and the love of the people sucked them in. I’m sure you have seen examples of this where you live.

HENRY B. EYRING
Of the Quorum of the Twelve Apostles
https://www.lds.org/general-conference/2006/10/a-priesthood-quorum?lang=eng