What Is a Christ?

What Is a Christ? 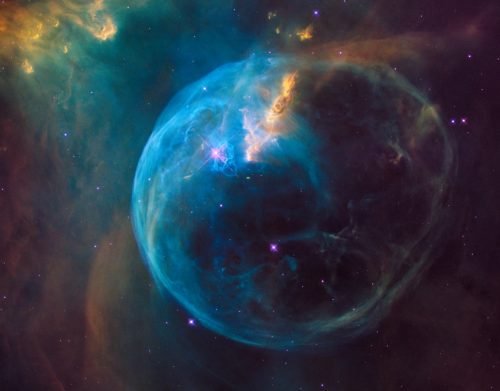 Photo by NASA on Unsplash

What might it have taken to become the anointed of God, the Christ – he who would represent God to all of God’s children and creations? In Abraham 3:19 the Lord says he is more intelligent than all the spirits God has created.

According to the Church’s website this scripture is talking about God the Father, but it introduces an interesting point. In order for Jesus to be the Christ, he has to be God’s equal. Please let me clarify. I squirm even as I make such a statement that Jesus is equal to God. I, of course, don’t have any idea if Jesus is actually equal in intelligence to our Father. I say he has to be equal to God because of what is needed for him to be our Savior.

Requirements of the Christ

Our Father in Heaven can’t come to earth to do the work necessary for the salvation of His children. Someone else must perform that task. The Christ has to be able to live a perfect life with only one attempt, just as all of us only have one shot at getting it right. The Christ just has to be so perfect as to be able to set an example of a perfect life for the rest of God’s children. So the ability to set a perfect example is one of the requirements to be the Christ.

In order for him to be considered as God, he was set the task of creating everything that had to do with the salvation of God’s children, which includes everything in the universe. Tall order. Under our Father’s direction Jesus created all that populates our universe. This includes all the planets on which God’s children live, as well as all the systems and planets on which they will live out their eternal rewards in whatever kingdom they are assigned. What, you didn’t expect God to just magically conjure your kingdom after He has already assigned you to it did you? No, as a being who lives with the past, present, and the future before Him, what will be needed for all of our rewards is already known. We will be the only ones to be surprised, if surprises are to be had.

This act of creation gives Jesus the title of Father (creator) of the universe, also making him the Father and the Son at the same time. He is the Son because he does the will of God the Father, but he is the Father because he is also a creator, just like God our Father.

God cannot let someone represent Him who is not as perfect, as loving, as dedicated to the welfare of His other children, as He is. So the Christ must be as invested in our eternal welfare as our Father in Heaven is. Remember that because our Father cannot come to earth to pay for our sins, the one who is able to pay for our sins also earns the right to be our judge, since it was his payment who opened the door for our return to the presence of God and to our exaltation.

Jesus had to be able to fulfill all the promises of the Father to His children, which included a promised resurrection for those who kept their first estate in the premortal world. In order for Jesus to be resurrected he had to die. This is why the scriptures tell us that Jesus was born to die. Death was the goal, for it was key to the resurrection, the ultimate gift of God to all. Only through the resurrection can we be given an immortal body that is glorified. And through the atoning sacrifice Jesus made just before his death, exaltation became an option for those who are obedient and want more than anything to return to live with God once more.

The attributes of he who would be the Christ had to include a complete devotion to our Father in Heaven. Jesus, as capable and as personally powerful as he is, submits his will to that of our Father for all our sakes. He demonstrated this submission time and time again during his mortal ministry, telling us that we need to do the same if we want to live in the eternities where he does. After all, only God can show us the way to become a God. And our Father has given us the path back to Him by giving us a Christ that knows the way perfectly.

This unity found in the Godhead is a perfect demonstration of what it means to be a celestial citizen. There is no “rugged individualism”, no independent thinking, like Satan would have us do. They are concerned with the welfare of others above all else. All are willing to cooperate with each other, and obey the will of the one who is ultimately in charge, our Father in Heaven. The Godhead works in consumate unison and cooperation in all things. What one says can almost just as equally be applied to any of the other members of the Godhead, for they would all have said the same thing. They are, in modern terms, a well oiled machine. No squeaky wheels here.

We are taught that we need to become a Zion people. A Zion people are those who have learned to live as celestial citizens. There is no selfishness, no ego problems, no need for excessive personal attention. In short, none of what plagues our modern world. In a Zion society we watch out for each other, care for each other, sacrifice for each other. There are no poor, because we would not be able to rest until those in need are cared for. Zion people recognize that there is no such thing as scarcity mentality. God is good, and there is plenty for all, for He made sure to include in the creation of this world more resources than we will ever be able to use. Sharing liberally with others is a celestial trait, for they know that there is plenty to share, and not to share is the greatest waste of all. The Christ is the perfect example of the perfect citizen of Zion.

So where do we fit into this grand scheme? It appears that Christ is the center of it all. And that is where Christ belongs, for he is our advocate with our Father. Because he is perfect, because he paid for our sins, because he was resurrected and is now glorified, he can plead our cause to our Father, and because of Christ’s merits our Father answers our prayers and gives us the mercy we need to repent and become more like Him. He has given us someone who is just like (hence my use of the word equal earlier) Him, and is doing for us all that God, our Father would have done for our salvation if He had been able to come to earth and do it Himself. Jesus acts in every way as our Father would act for our salvation. This is why we become the spiritual sons and daughters of Christ when we obey him and follow his examples for us.

This relationship between the Father, the Christ, and us, is beautifully demonstrated in the life of Moses. Moses was “slow of speech”. He pled with the Lord to not make him have to speak to the children of Israel, because he didn’t feel up to the task. God was angry with Moses for his lack of faith, but appointed Moses’ brother Aaron as a spokesman for him. His instructions to Moses are found in Exodus 4:16.

This might take a minute to sink in. Aaron was the mouth of Moses to the people, and Moses was going to stand in the place of God to Aaron. This is similar to the arrangement God, our Father has set up with us. Jesus is His mouthpiece to us. And Jesus is also as God to us, for it is he who sets for us the example of the godly life and the way back to God. Even though we worship God the Father, and we pray to the Father only, it is Jesus who intercedes between us and God for our prayers to be answered. And those prayers are only answered because of the merits of Christ. He, and he alone deserve to have blessings from God, for he is the only one to have ever fully lived God’s laws.

It is because Christ performed his atoning sacrifice to pay for our sins that we are able to turn to Christ and seek forgiveness for our sins. As our Mediator with God, Christ is able to offer us the Mercy God cannot directly give. It is a perfect system of love and salvation for all of God’s children. And it is perfect because our Christ is the center of the plan for our salvation. Without him we could not only not be exalted, but we couldn’t be resurrected, receive an immortal body, or be glorified in any way. Filling the role of the Anointed one, Jesus makes all this possible.

What is a Christ?