The Watchmen on the Wall – Part 3

The Watchmen on the Wall – Part 3 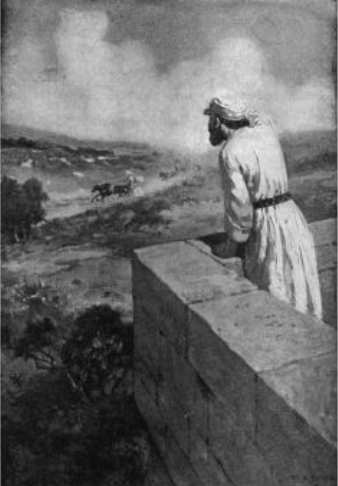 In part one we read about Asa and his issues with the watchmen on the walls. In part two I gave a glimpse into my own qualifications to speak to this subject about feeling like the watchmen have stopped looking out for us, and that includes our local leaders. In part 3 we will look at the calling of the Brethren and what they have to say for themselves. Finally, I will address a little bit about our responsibility towards them as our watchmen.

Recently I was on Facebook and spoke with a man who was upset with the Brethren because of the way the single adult program of the Church is organized. He is right at that magic cutoff age when he is no longer allowed to be with the young single adults. He blames his inability to find a spouse on this policy, and wants them to change the program so all singles mingle, no matter the age. I pointed out that for them to make such a change meant to change it for the whole world, not just his ward or stake. His reaction was, “And your point is …?”

There seems to be this marvelous disconnect between the personal desires of individual members of the Church and what they think should be happening with the world-wide organization. It is a “tail wagging the dog” mentality. They make the assumption that because it would benefit them or because they feel that life should be a certain way, that the Brethren should change the whole global Church to run that way. In the Doctrine and Covenants the Lord has some not-so-kind words to say about those who would presume to tell His servants how to do their jobs.

This kind of arrogance assumes the individual is more qualified to do the Lord’s work of running His Church than those the Lord, himself, has called to the position. Elder Ballard, speaking in a CES (Church Educational System) Fireside on May 4, 2014 had this to say about how in touch the Brethren are with the general membership of the Church.

“I have heard that some people think the Church leaders live in a ‘bubble,’” … . “What they forget is that we are men and women of experience and we have lived our lives in so many places and worked with so many people from different backgrounds. Our current Church assignments literally take us around the globe, where we meet the political, religious, business, and humanitarian leaders of the world. Although we have visited the White House in Washington, D.C., and the leaders of nations throughout the world, we have also visited the most humble homes on earth, where we have met and ministered to the poor.”

This is a level of service, or insight, or reality and realization that is not available to most members of the Church. Those who lead us are not out of touch with what is going on. They are actually more intensely aware of what is happening. They see the global trends in attendance, behavior, advancement, retention rates, etc. They speak regularly with those who are suffering from poverty, who feel disenfranchised by their wards, who need special spiritual guidance, and to those who represent movements in and outside the Church that would affect the membership of the church. They are keenly aware of the direction society is going and what the Lord has to say about it.

Those who act as watchmen on the walls are uniquely positioned to have greater vision than those of us whom they keep safe, if we will listen to their voices. They see afar off, and can spot dangers coming we are often either not, or are only vaguely aware of. This is the nature of their calling. We, as members, need to allow them to do what they have been tasked to do by the Lord, without adding to their burdens by trying, like Asa, to tell them how to do their jobs. I recommend you also read this article on how to sustain one another. The covenants we make when we sustain each other are often lightly passed over, and we sometimes need a reminder that when we raise our hands to sustain anyone in the Church, we are making solemn promises to the Lord and to that individual. The Lord holds us accountable for those covenants.

Angela Fallentine is the Co-Founder of the website Mormon Women Stand, and has written an excellent article entitled Chipping Away at Priesthood Authority of Mormon Prophets to Undermine Faith. Here is just one of the many points she makes.

With this negative “whispering campaign”, the adversary sets out to gradually—but purposefully—sow seeds of doubt or criticism about individual members of The First Presidency and Quorum of the Twelve Apostles. He might:

● Offer convincing, subtle alternatives such as groups, symposiums or blogs so that members’ attention is diverted to them instead of the words of living prophets;
● Encourage members of the church to begin to view prophets and apostles as fairly regular, kind, older gentlemen whose words are nice-—but not always up to speed with social trends. Get them to pick and choose what to follow from their words.
● Point the potential for fallibility. Suggest an “old-age release” or the possibility that newer or younger Church leaders might bring in more liberal ideologies. Hope that as a result, LDS doctrine will evolve to be more in sync with current social trends;
● Suggest that there are power struggles, discord, and unity issues among the Brethren;
● Finally, weaken the messenger so that the message becomes weak (or at least taken with a grain of salt) and thus lessen the authority and divinity of the calling of the holy apostleship.

Here is the true reality of the situation. The First Presidency and Quorum of the Twelve Apostles answer to, and are guided by the Lord Jesus Christ. He is their director as the head of this church. Things will change over time, but they will change when, and only when the Lord deems it is time for those changes to be made. Some changes will happen at the time when society feels that certain things should be a certain way. Perhaps the Lord was just waiting for society to catch up with what He has wanted us to be able to do all along. But if the Lord feels we, as a Church should not address certain subjects at that time then that is the end of it. This is His church, under His direction, and no amount of lobbying and whining on the part of the members is going to change the Lord’s timing. Though I admit we are just foolish enough sometimes to think that it will. I can have any belief I want, but once I start lobbying to persuade others to join my cause in the belief I can push change in the Church then I have gone too far and risk disciplinary action by the Church, for I am becoming a threat to the testimony and Church standing of others.

I know the leaders of the Church love the general membership of the Church. That applies to every level of leadership callings, but especially to those whom the Lord has hand picked to lead the Church. These men have been chosen specifically for their love of the Lord and their willingness to obey Him and do His will in all things. That does not make them perfect or infallible. It does make them special.

We are under commandment from the Lord to support these Brethren in their special callings. That means that we let them do what they have been called to do, to witness of Christ throughout the earth, and to guide the Church membership in how to live our lives so as to be safe from the designs of those who would do us harm. They are doing their job. We need to do ours and support them in any way we can. We will be blessed for our willingness to put our personal agendas on the back burner and wholeheartedly support those whom the Lord has placed over us to protect us. This includes our ward leadership all the way up to the top of the Church organization. Remember, it is we who need to conform our lives to their counsel, not they to ours.