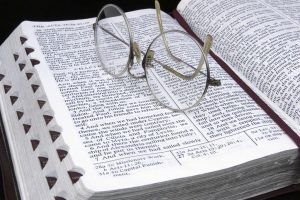 Purpose of Scripture  The most enduring type of instruction God has given us comes in the form of the written word. When a prophet writes his revelations from God or tells stories of faith through the written word, we refer to them as scripture. Since the days of Adam prophets have been recording their communications with the Lord and using those writings to teach God’s children what their Father wants them to know and do. Two things that cannot be separated are prophets and scripture. Scripture does not exist without prophets, and prophets do not teach without creating scripture. That doesn’t mean we have all of their scripture, but the age-old instruction from the Lord is always to write His words. The Lord has always been big on keeping records of what He teaches His children, because He holds us accountable for what has been written and taught by His prophets. We are taught in the scriptures that we will be judged out of the records that have been kept.

Need for Prophets  Amos 3:7 in the Old Testament says that “Surely the Lord GOD will do nothing, but he revealeth his secret unto his servants the prophets.” If the word of Amos can be trusted, the Lord does not make a move without telling his prophets what he is about to do. He does that so when things come to pass as the prophets stated, mankind can’t say that it was a coincidence, an accident. God wants us to know that He knows the end from the beginning and that we can have absolute faith in anything He tells us because He already knows how this is all going to turn out. The scriptures the Lord has the prophets record are our road map to help us navigate the times in which we live so we can come safely into port at the end of our lives and be with God again.

The prophets serve three main purposes: they record God’s word, they teach God’s word, they are God’s official voice of direction and declaration to all of God’s children. All throughout the Old and New Testaments the Lord warned the Israelites well in advance of everything that would happen to them based on their current behavior, and how to prevent dire consequences by changing their behavior.

The Need Never Changes  Prophets and scriptures cannot be separated. Prophets always create scripture, it is part of their calling and responsibility to record, or have recorded, what they are commanded to speak to the people so the people can be judged out of the books at the judgment day. The scriptures themselves teach us that it is usually the prophets who write the scriptures, and that it is by the scriptures that the people will be taught and be held accountable for their actions.

Missing Scripture  When we don’t have scripture from a certain time period, it isn’t because none were written unless there weren’t any prophets around to write them. Sometimes God’s children killed and stoned to death all the prophets that came to them, so we don’t have much of a record. In fact, after the Apostles were killed and there were no more prophets to lead God’s children, we went almost two thousand years without any new scripture. It wasn’t until Christ restored his church in 1830 through the prophet Joseph Smith that we began again to have scripture written. Is it any wonder that the Christian world says that there is no more scripture and that the Lord left us with what we now call the Bible and that we have to make due with that. For almost two thousand years that is all we had.

Joseph Smith and the Doctrine and Covenants  With the calling of Joseph Smith, a representative to speak for the Lord once more, scripture started to be written again. He compiled a series of revelations he had received for himself, other individuals, and for the Church as a whole into a book called the Doctrine and Covenants. In that book the Lord gives direction for His fledgling church on how to behave, where to go and what to do. He gave specific instruction to individuals and to the whole church. Remember that the prophet Amos said that the Lord doesn’t do anything without telling His servants the prophets. We should expect that Joseph would have a great deal of direction given him since the Lord’s church had not been on the earth for 1800 years. A lot had gotten messed up doctrinally and administratively in that amount of time. All of it needed major course correction to get everything set right.

Joseph Smith and the Pearl of Great Price  During Joseph’s lifetime the world was changing at an ever increasing pace. Things were being discovered in every branch of knowledge. This also included the field of archaeology. Some mummies fell into his hands, which had scrolls buried with them. Through the gift of God he was able to translate the scrolls and we received the Book of Abraham, detailing some of Abraham’s life and an additional account of the creation. He also received a revelation of Moses’s account of creation and of his experiences with God and some of the revelations Moses received. Joseph also added his own experience of his first vision where he was visited by God the Father and his son, Jesus Christ.

Joseph Smith and the Book of Mormon  Perhaps Joseph Smith is best known for having translated the records of the Israelites who lived in the Americas from the time of the Babylonian captivity of Israel until about 400 AD. Mormon was the prophet who took all the records of his people, all the records that had been kept for the last thousand years and abridged them down into one book specifically tailored to the people who would live in the last days before the return of Christ to the earth. Everything in the Book of Mormon is designed to prepare us for the trials and experiences of living in the last days. Joseph Smith was a prophet, and he wrote scripture. What else could we expect? 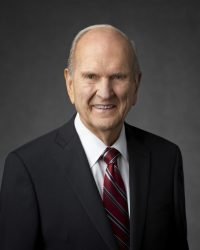 Modern Prophets  Joseph Smith wasn’t the only prophet. After he died other prophets were called, one after the other. A quorum of twelve Apostles with a prophet at their head has been alive and well since the days of Joseph Smith. They have received many revelations, and written much. Twice a year the Church has a General Conference in Salt Lake City, Utah. The Prophet and the Apostles and other leaders of the church instruct us as to how we should be living our lives, they warn us of what is to come, and teach us how to protect and prepare ourselves and our families from the troubles of our times. These words are considered by the Church to be scripture, modern scripture, and are written in the Liahona Magazine for any and all to read and profit from.

The words of Amos are true, the Lord tells his prophets all that we need to know to prepare for what is to come. Having prophets in our midst is a great blessing in our lives. The Lord continues to keep His promise that He will do nothing without revealing His will to His prophets.