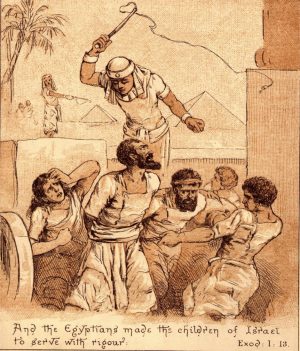 In the Come, Follow Me manual for the Old Testament is a beautiful one page discussion on the the House of Israel (pg 41). Let’s expand on an aspect of that discussion.

Neither Abraham nor Jacob (Israel) stand alone. Their glory as individuals or as a house (a family), is intimately connected. Yet for all that connectivity, when we think of the covenant involved in what sets the whole family line apart from the rest of the world, we usually think of the Abrahamic covenant. And when we think of our responsibilities in that covenant we turn to our relationship with Jacob’s (Israel’s) family. Both men lived by the same covenant, so why do we identify with Abraham in one instance, but Israel in another?

Birth of a nation

Jacob wrestled with a messenger from God to gain a blessing from the Lord. As a result the Lord changed Jacob’s name to Israel, because he prevailed with the Lord. That is another way of saying that Jacob let God prevail in his life. So now we usually refer to him and his posterity as Israel, and the house or family of Israel. Israel was the beginning of the fulfillment of God’s promise to Abraham that his seed would fill the earth. That promise started with Israel having twelve sons. Each son had a large posterity, which led to calling their individual families or houses tribes. Hence the expression the twelve tribes of Israel. In modern parlance, a tribe can refer to an unruly bunch of children. Considering their history, you could consider Israel’s posterity an unruly bunch of children as well.

While Israel lived, all of his descendants lived with him. Before he died, his son, Joseph, who was sold into Egypt, had the whole clan move into the best part of Egypt to settle. Goshen became their homeland, and they prospered and multiplied as God promised Israel, Isaac, and Abraham they would. After Joseph’s death, the king of Egypt became fearful of all these strangers in his land. At some point in time they came to be known as Hebrews. I have no idea who gave them that name. To prevent them from rising up against him, he made them slaves. Their slavery lasted more than 400 years, and ended with the birth and calling of Moses as a prophet. By now there were millions of them.

Just before Israel died he gave each of his sons a blessing. Some of them were given specific callings that would benefit the entire extended family. One tribe was known for being the warriors of the family (Judah or the Jews), because they were a contentious people. Another was skilled in sailing the seas, and another were artificers, crafting many useful things for the rest of the tribes. It was the tribe of Joseph, whose birthright had been split between Ephraim and Manasseh where we find the birth of the Book of Mormon people many hundreds of years later.

Most of the history of Abraham’s descendents are talked about in context as the children of Israel, or the house of Israel. Abraham is only mentioned as the source of the covenant they all identify with. It is Israel, who fathered the twelve tribes they mainly identify with as their founder as a nation. So to all the surrounding nations, and among themselves, their main identity was always as children of Israel – Israelites.

All of our future promises from the Lord are couched under the heading and name of Israel. Abraham, Isaac, and Jacob were all righteous people, but it was through Jacob/Israel that the Lord fulfilled His promises, and through whom all the future blessing to mankind are named.

Today we are not given the old tribal responsibilities to be sailors or warriors. Today we are all assigned to be High Priests, missionaries, and examples of Christ to the world. In the latter days the priesthood birthright is the one that holds sway in all the earth, for it is the priesthood line’s responsibility to prepare the earth for the Savior’s return. All of the tribes of Israel now have the same responsibility, and that is to find those who are willing to heed the call of the Spirit and make covenants with God, to fellowship them, and be undershepherds to the True Shepherd.