What is the Difference Between Living in Poverty and Being Poor?

What is the Difference Between Living in Poverty and Being Poor? 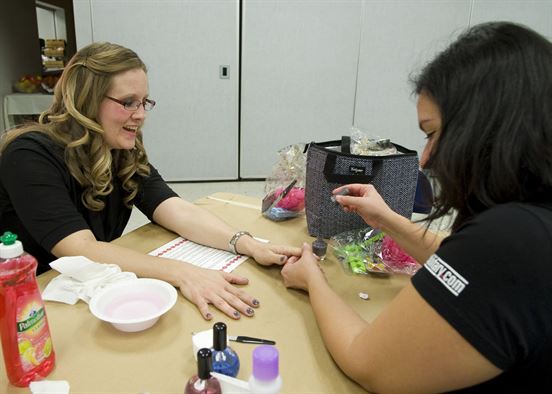 (labeled for reuse on dover.af.mil)

This is an opinion piece. With that said, I know that there will be those who disagree with me. That is why it is an opinion. I have many friends who are impoverished. They talk about how they can’t afford this or they are unable to do that, and they never have the money they feel they need to do anything about it. I also have friends who are poor. Their mindset is very different from those who live in poverty.

To live in poverty

As I mentioned above, poverty and being poor are mindsets. Each one depends on how you see the world you live in. Poverty is a mindset that includes a sense of helplessness that there is nothing you can do about your financial situation.

I have friends who depend on government programs to survive. If they, heaven forbid, ever earn enough money to no longer qualify for one of the programs, instead of rejoicing that they are making their way towards independence, they mourn that their handout has been taken away.

I have seen them deliberately make work and financial choices that will limit their income so they can continue to receive the free money and services the government offers to those who don’t make “enough.”

But there is a catch to the government programs. They are designed to cut you off at a point lower than what you can yet afford to live. There is a financial point between when you no longer qualify for the handout and when you can truly afford to be on your own that makes it harder to survive than if you just go back to having less money so you can still qualify for the handout.

This is what keeps people on the dole. It is easier than having to do what is necessary to earn more money to pay their own way in life. The government wants it this way. Those in power want you to be dependent on them. It keeps them in power.

But there is more to it than just the financial cut off where you lose your benefits. Those who live in poverty feel they are owed this money. They act like they should be able to do what they like in life and still have their needs taken care of by someone else.

For example, I have one friend who cares for her family, but doesn’t make much money. Yet even though she technically can’t afford it, she goes to the store daily to buy food, which is the most expensive way to buy food. She buys fancy decorated cakes for her children’s birthdays. She has been to every fast food place in town to determine which one of them has the best tasting version of her soda of choice. She eats out at fast food restaurants multiple times a week.

She can’t afford to do any of these things, yet when questioned about getting her nails done at a salon, or about her massage parlor experience, she says she deserves it because she sacrifices in so many other areas of her life.

She has poverty mentality. She doesn’t have the money for something, yet she buys it anyway because she “deserves” it. There is no way out of poverty when this way of thinking persists. Someone with poverty thinking keeps sabotaging their own possibilities for improvement and success.

What it means to be poor

It is the recognition that they are actually poor that helps them behave in a responsible manner. Someone who is poor appreciates their state or condition. I mean by that that they respect their lack of money and what it means in their life like someone respects the properties of fire and what it can and cannot do in their life.

The poor person recognizes the power of the hot stove and doesn’t touch it. A comparison would be like deciding whether to buy a 24 pack of soda at the grocery store. The poor person realizes that soda is a luxury, not a necessity. Soda is off limits. To buy the soda is to keep in the same financially strapped condition you are currently in. Some might actually call this “making a sacrifice.” Being poor requires many such sacrifices.

A poor person knows that any extra money that comes in can be used for savings or can pay an extra bill and will help them get out of debt or can go toward training or education to help them become more financially able to fend for themselves.

The poor don’t want to be on the dole, they want to be independent and free from having to receive help. They do this by not buying what they cannot afford, and by not feeling like someone owes them something. They understand that depending on someone else to live is addictive and damaging to their own self image.

How does one make the jump?

Honestly, I don’t know how you teach someone to think like a poor person, instead of thinking like someone who lives in poverty. How do you help someone see that half of what they do each day is actually keeping them down financially?

I understand that no one ever wants to be destitute. But those with poverty thinking act like they enjoy being deprived of opportunity. My impoverished friends complain all the time that they wish they could have a million dollars, but they spend their million in convenience stores and on self-gratifying experiences every day of their lives.

I have yet to be successful in helping any of my impoverished friends learn to respect their poverty like a poor person does. Only when they start to act poor can they have the ability to pull themselves out of their poverty and to learn to support themselves in life. It is not easy. I have spent the better part of my life near destitution, so I have had experience living both ways.

I am one of the lucky ones. I married someone who had been poor and was financially careful all her life. She taught me how to stop thinking like a victim of poverty and to act like I was truly poor so that I wouldn’t have to be some day. She taught me to respect my financial constraints (like respecting the hot stove), to be careful about where my money was spent, and to look for a bargain anywhere I could. (Yeah, that nearly killed me.)

I admit that I learned my financial attitudes at home. But I have learned that our attitudes can be changed for the better. I guess it is all about learning to respect the power of the fire.

What Is the Difference Between Living in Poverty and Being Poor?