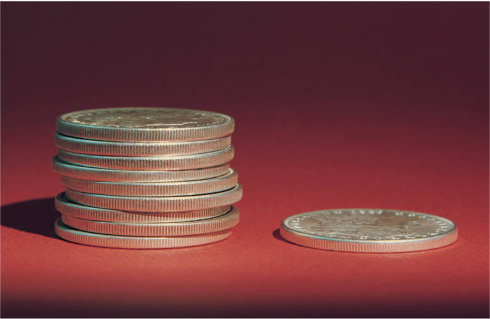 The title for this lesson is The Great and Dreadful Day of the Lord. The day of the Lord’s return will be great for those who are prepared, and dreadful for those who are not. Israel is on it’s last spiritual leg, and that is failing them. As they slip into the final stages of apostasy Zechariah and Malachi tell them of their current wickedness and of their future fate. Malachi also offers them one final way in which they can return to the Lord, the law of Tithing.

As we look at prophesies of the last days we are generally looking at things that have not yet happened. This week’s reading gives us at least two prophesies that have already happened, and at least one that is in the process of coming to pass. Malachi prophesied that a messenger would be sent forth to prepare the way for the coming of the Messiah, John the Baptist was this messenger in Christ’s day, and Joseph Smith fulfills that prophesy in our day. Malachi also tells us that Elijah would return, which has already happened.

It is important to remember that we can put all our faith and efforts into the prophecies of the last days. The Lord has never been wrong yet. When he tells us that something is going to happen, we may not know when or how it will happen, but we can know for a fact that it will happen. The key is to know the prophecies intimately so when they begin to come to pass you can recognize that this is what is happening. Prophecies don’t get fulfilled with a calling card that announces their fulfillment. We have to be spiritually aware so we recognize the event when it takes place. The fulfillment of most prophecies will appear to be naturally occurring social or physical events. Only those who are watching will see them for what they are.

This lesson gives us a good list of the main prophecies of the last days. The Savior will make a number of appearances towards the beginning of the Millennium. Some of these appearances have already happened. He appeared to Joseph Smith to open this dispensation. He has appeared in the temples multiple times. He will come to Adam-ondi-ahman. He will come to the Mount of Olives, split the mountain, creating a large valley and causing two rivers of water to flow out from under the temple in Jerusalem. He will come to defend the Jews in Jerusalem in Armageddon, appear in the temple in the New Jerusalem, and finally, to the wicked to destroy them.

Here is the list of prophecies given in this lesson:

What this list does not include are all the prophecies of war, famine, plague, and pestilence that will be rampant in the last days. From the descriptions in the scriptures it looks like some of the most virulent plagues ever sent upon mankind are being reserved for the last days. The Lord never specifies if these are natural or man made. In Zechariah 14:12 it says

Malachi was the last living prophet for about 400 years until Christ was born. Israel utterly rejected the Lord’s prophets, so the Lord left them alone. It was during this time that the Jews developed the Sanhedrin and the Pharisees to interpret the word of God because there were no more prophets to interpret the scriptures for them. But rejection did not stop Malachi from delivering his message to the people.

Here are the chapter headings for the four chapters in Malachi.

Chapter 1
The Jews despise the Lord by offering polluted bread upon the altar and by sacrificing animals with blemishes—The Lord’s name will be great among the Gentiles.

Chapter 2
The priests are reproved for not keeping their covenants and not teaching the people—The Jews are condemned for dealing treacherously with one another and with their wives.

Chapter 3
The Lord’s messenger will prepare the way for the Second Coming—The Lord will sit in judgment—The people of Israel are commanded to pay tithes and offerings—They keep a book of remembrance.

Chapter 4
At the Second Coming, the proud and wicked will be burned as stubble—Elijah will return before that great and dreadful day.

Do you see the direction he is going with what he has to tell the people? First he accuses them of polluting their temple worship by demeaning the sacrifices they make at the temple. No longer are they offering the best. Now they are deliberately giving to the Lord their cast offs, their lame animals, those with blemishes. They have lost the spirit of worship.

Those who were supposed to be the caretakers of the people, their shepherds are taking the best for themselves and betraying the trust of the people. Israel is in a state of full apostasy. The Lord then turns his attention to the last days when his promises to his people will once again be fulfilled.

The Lord gives them one last chance to return to him. He offers them the most basic and fundamental of all commandments, the law of the tithe. Think about how basic this law is. It was offered anciently to Israel who had lost the capacity to live the preparatory law, the law of Moses, and is the same law we give to those who have never made a covenant with God before. Yet the blessings for keeping this most basic of all basic laws are phenomenal.

As you review the verses that describe the law of tithing, think about how fundamental it is. We teach this law to our little children. This law is one of their first experiences in sharing and giving to others. As basic as it is, how many members of the Church, with temple recommends, have difficulty keeping this basic law? How many members cannot currently hold a recommend because they are not paying their tithing?

The law of Tithing is the path back to God. The Lord even refers to the law of Tithing as the way for Israel to return to him. To a nation in apostasy, this is as basic as it gets. The law has not changed. We have not changed. It is still a challenge for many of us, even with all the wonderful promises made to those who keep this commandment. Tithing is a preparatory law, a law designed to set us on the road to obedience, sacrifice, and covenant making. It is even more basic than baptism. We cannot be baptized until we have learned to live the law of Tithing.