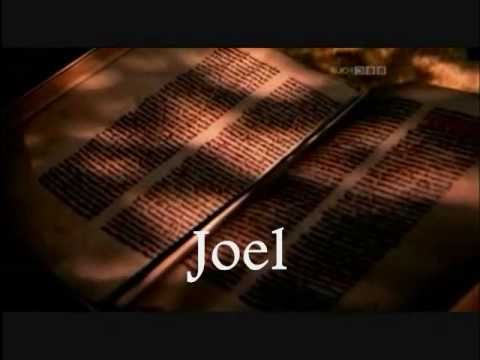 This lesson is more principles based rather than one with a story line. We have two prophets, Amos and Joel. We know Amos was a shepherd living just south of Jerusalem. The Lord called him to go to Northern Israel to warn them of the destruction that was coming because of their wickedness. He lived in the general time period between 800 – 750 B.C.E. Joel is an unknown. We don’t know when he lived, only that he prophesied to Judah, the Southern Kingdom. Both had a similar message, the destruction of the wicked and the gathering of Israel in the last days and blessings of the Lord on those who repent and turn to God.

What sets these two prophets apart is their specific messages. Amos teaches us about the importance of living prophets, and Joel describes the destruction that is coming in the last days, and a very specific prophecy about the Lord pouring out His spirit upon the whole earth in the last days.

The most often quoted verse from Amos by the Latter-day Saints is Amos 3:7.

7 Surely the Lord God will do nothing, but he revealeth his secret unto his servants the prophets.

In the Joseph Smith Translation of the Bible Joseph Smith changed the word “but” to “until.” This is a good example of the prophet clarifying the scriptures for us. This is a very important principle for all of God’s children, not just the Latter-day Saints. If the Lord says he will not do anything until it has first been revealed to the prophet, then the counsel and warnings of the prophets are of paramount importance to all people everywhere.

This means that there will be no random destruction of any land or people unless they are first warned by the Lord that it is coming. It also means that any way to avoid that destruction will also be revealed to the prophet. Think of the prophet Jonah and Nineveh. Nineveh wasn’t even a city in Israel. This shows us that the Lord is keeping an eye on all His children, not just those with whom he has made covenants.

Living in the last days means we live in perilous times. This also means that it is more important than ever to listen to the one single voice that is more closely connected with God than all others on the planet, the prophet. The words of the current prophet are the most important listening and reading we can do. The only safety we can enjoy in the last days will come by following the counsel of God’s mouthpiece on earth.

In Joel chapter two he talks about a great army that will sweep down from the north and destroy everything in its path. The Lord will eventually have pity on Israel and come to their rescue, helping them drive the army back north into a barren land. I guess that makes sense that the land would be barren if they destroyed everything in their path coming south. But even more important than this bit of news are the promises of how the Lord will treat his people. We are his people. His people are all those who have made covenants with God.

My favorite verse is Joel 2:27 where he says, “I am in the midst of Israel, . . . and my people shall never be ashamed.” We will have plenty of persecution in the last days. To have a promise like this is very comforting.

The most famous verse in Joel is found in Joel 2:28.

28 And it shall come to pass afterward, that I will pour out my spirit upon all flesh; and your sons and your daughters shall prophesy, your old men shall dream dreams, your young men shall see visions:

Elder Joseph Fielding Smith had this to say about the meaning of this verse.

“I maintain that had there been no restoration of the gospel, and no organization of the Church of Jesus Christ of Latter-day Saints, there would have been no radio; there would have been no airplane, and there would not have been the wonderful discoveries in medicine, chemistry, electricity, and the many other things wherein the world has been benefited by such discoveries. Under such conditions these blessings would have been withheld, for they belong to the Dispensation of the Fulness of Times of which the restoration of the gospel and the organization of the Church constitute the central point, from which radiates the Spirit of the Lord throughout the world. The inspiration of the Lord has gone out and takes hold of the minds of men, though they know it not, and they are directed by the Lord. In this manner he brings them into his service that his purposes and his righteousness, in due time, may be supreme on the earth.

“ . . . I do not believe for one moment that these discoveries have come by chance, or that they have come because of superior intelligence possessed by men today over those who lived in ages that are past. They have come and are coming because the time is ripe, because the Lord has willed it, and because he has poured out his Spirit on all flesh” (in Conference Report, Oct. 1926, 117).

What a marvelous thought that all the amazing inventions of this age we have always taken for granted are actually the result of Joel’s prophecy thousands of years ago that in the last days the Lord would pour out His spirit upon all flesh. This has resulted in progress in every conceivable discipline. We are now learning faster today than we have the means of cataloging and teaching it to others. There is a glut of information and invention that has made it possible for the Lord’s word and work to be spread across the globe at speeds never before seen in the history of the world. And guiding the Church is a prophet and twelve apostles who teach us how to live our lives so we will be spiritually safe from the chaos of the world.