New Testament 40 – I Can Do All Things Through Christ

New Testament 40 – I Can Do All Things Through Christ 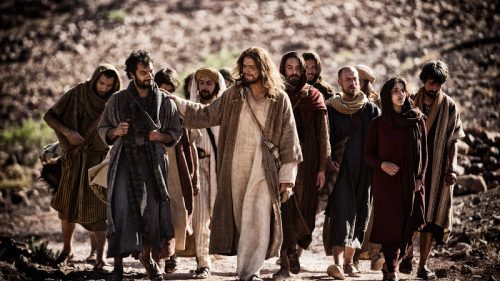 “I can do all things through Christ” is the truth this lesson explores. If we are to develop the attributes of a true follower of Christ we need to learn how to sacrifice and humble ourselves so we can learn obedience in all things.

Strive for unity in the faith

In the Church, we are constantly taught that we need to become a Zion people, of one heart and one mind. In the New Testament Paul uses different words, but they mean the same thing. In Phillippians 1:27 he tells the members to “stand fast in one spirit, with one mind striving together for the faith.” But what exactly does all this mean? How do we stand fast in one spirit and with one mind? It sounds like an army of robots or at best, like Satan’s armies, controlled by the mastermind himself.

This isn’t true, of course, but one can’t always control an initial image that pops into the mind. Notice that the spirit he refers to is not the same as the Spirit, the Holy Ghost. To stand in one spirit means to have a common goal or cause, to be united in purpose (spirit). If we are all “striving together for the faith” then we are all working toward the same goals, even if we are all progressing at different speeds and on different levels.

The point is that as a group we are all heading down the same road for the same basic reasons. In Philippians 2:14 – 15 Paul goes on to spell out in a little more detail what he means by being unified in our faith.

14 Do all things without murmurings and disputings:

15 That ye may be blameless and harmless, the sons of God, without rebuke, in the midst of a crooked and perverse nation [or generation], among whom ye shine as lights in the world;

Perhaps one of the best examples of those who murmur are the oldest sons of Lehi in the Book of Mormon. Laman and Lemuel have gone down in history as two of the biggest whiners to ever live. I’m sure they weren’t because ancient Israel was pretty good at it also, but their specific murmurings didn’t get as much attention as Laman and Lemuel got.

If you recall the Book of Mormon story, Lehi’s family left Jerusalem because the people had become “a crooked and perverse nation” or generation. They were about to be taken into captivity for their wickedness, so Lehi was commanded to take his family and flee. Laman and Lemuel were typical of the population of Jerusalem of their day. They grumbled (murmured) about everything. They disputed or argued every point made by Lehi or Nephi. They complained about every commandment and bucked at every piece of direction and instruction. Nothing but telling them they were righteous and all was right with the world would make them happy. They had no intention of changing their lives to make themselves better. They didn’t want to repent, and they loved the status quo.

Paul is telling the Saints they need to “shine as lights in the world” and not be guilty of murmurings and disputings. If they could come together in a spirit of cooperation and love they would “be blameless and harmless, the sons of God, without rebuke.”

In Philippians 2:3 Paul uses the word vainglory. This is a compound word made of the words “vain” and “glory.” Vain is related to the word vanity, which means empty, hollow, pointless. Glory is all about praise and honor.

3 Let nothing be done through strife or vainglory; but in lowliness of mind let each esteem other better than themselves.

Vainglory is basically the praise of men or at least the desire for the praise of men. When we serve in the Church are we serving for the right reasons or is it because we are going to be seen by others and we are worried about how they will judge us if we don’t act a certain way? Paul wants the Saints to be more concerned about the spiritual welfare of others than they are about how they will be perceived or viewed by others. His counsel is to be humble and always esteem or value others higher than ourselves.

Paul is trying to point out to the Philippians that they need to be like Christ, who submitted his will to his Father in all things, being meek and humble at all times, and never seeking personal recognition for the good that he did. Christ often told the people he helped to go and tell no one who had helped them. They didn’t usually follow his instructions, but at least he told them not to say anything.

In Philippians 3:8 Paul begins a sentence this way:

8 Yea doubtless, and I count all things but loss for the excellency of the knowledge of Christ Jesus my Lord: for whom I have suffered the loss of all things, and do count them but dung, that I may win Christ,

It takes four verses to finish the sentence, but I want to look at just this first thought. Paul lost everything his life was based upon in order to follow Christ. He was a Pharisee, and an up and coming person in society. The rulers trusted him and relied on him to get their dirty work done of punishing those followers of Jesus who gave them such grief. By converting to being one of those followers of Jesus, he was stoned multiple times and left for dead, he was shipwrecked, he was jailed over and over again, scourged almost to the point of death at least four times, and more.

But what does he say about his sacrifices? He counts those losses as dung. The only thing that is important to him is his standing before God. Christ and the salvation He offers are the only things Paul values. Here is a quote from Joseph Smith in the lesson manual:

Paul certainly proved he was willing to give up all earthly things for his place and standing with God. How do you think your family, your personal life might be different if you were willing to give up everything you have to be with Christ in the next life? What kind of changes might you see in your branch or ward if everyone was willing to sacrifice all earthly honors and possessions for the sake of being with God and pleasing God in all things? If you would like to read a powerful sermon on the sacrifice of all things to be worthy of being with God, I suggest you go to lds.org and look up lesson 19 in the Relief Society – Priesthood manual for 2016, Howard W. Hunter. I just wrote some commentary on that lesson and found the lesson to be very moving. Lesson 18 on honesty was also life changing.

This lesson is all about developing the characteristics of true followers of Christ. We cannot complain, murmur, or sew discord and be a follower of Christ. To be united with our fellow Saints requires humility, esteeming others above ourselves, being willing to give up all earthly possessions and honors in order to receive the blessings the Lord has promised us. As Joseph Smith taught, this religion will eventually require everything we have to offer, be it physical, emotional, or spiritual. With that eventuality in mind, it is time we began to practice making sacrifices for the welfare of others so that sacrificing to bless the lives of others comes as naturally to us as it did to our Savior.