New Testament 29 – The Number of the Disciples

New Testament 29 – The Number of the Disciples 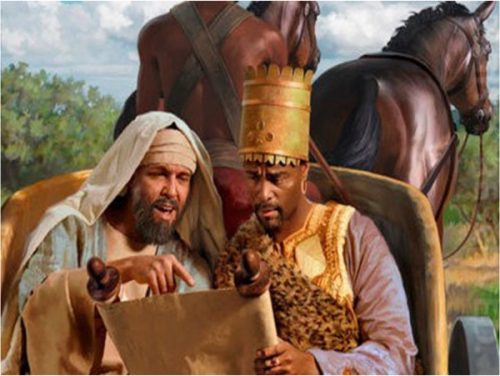 The story of the Acts of the Apostles is a story of the growth of the Lord’s Church. The  Church started with little more than a hundred faithful disciples, and quickly spread to thousands of adherents. What worked organizationally in the little original Church didn’t work in the quickly growing, and fast spreading movement that began in Jerusalem and was soon throughout the Mediterranean coast. It quickly became apparent that the apostles had to delegate the authority to run the Church to others in order for them to do the job they were ordained to do.

We have grown accustomed to thinking of the Lord’s Church as being rather stable. We don’t think of the latter-day church as one that is needing to adapt, change, and grow with the times. That kind of change was what happened back in the days of Joseph Smith, right? Not so. The Church is still undergoing constant change, but we have become so accustomed to how it is done that we tend to not think of it in terms of “changing.”

When some of us were young the Church was directed by the First Presidency and the Quorum of the Twelve, but then they added Assistants to the Twelve to help with the load. Eventually, those Assistants were moved into a Quorum of the Seventy, which became two, then three, then four quorums, etc. We used to have Regional Representatives, but now we have Area Authority Seventies. We used to have quorums of the Seventy in each ward, but now we just have High Priests and Elders. Those of us who used to be Seventies were moved into one of these other two groups of priesthood holders. (Please note that I may have messed up on the order of how the Church has changed organization over the decades, but the point it still the same – it changes.)

The Church keeps changing with the needs of the times. The doctrines, the teachings of the Lord remain constant, but the functioning of the organization of His Church changes with the needs of the times. Look at Acts 6. The Quorum of the Twelve Apostles ran the Church in Jerusalem, but there were members joining from all over the place, and a complaint was brought to the attention of the Brethren that the Grecian widows were being neglected in the daily administration of the Church.

Stephen is noteworthy as the first martyr of the Church, and is also an impressive example of a member of the Church who rose to the occasion in answering the demands of his calling by being so righteous that he left this world having a vision of the Father, with Christ at His right hand, while being stoned to death.

The universal call to members

What makes the Lord’s church different from all other churches is that each member of the Lord’s church is placed under covenant upon baptism to represent Christ in all things, and in all places, and at all times. This responsibility requires us to become Christlike in our attitudes, and behavior. The more we become like Christ, the happier we become as individuals, and as a membership.

Let’s look at a couple of examples of how the members of the church rose to become extraordinary people. People like Stephen and Philip were normal converts, just like everyone else in the Church. They didn’t start out with any special endowments of power, they were just faithful in what they had been taught, and exercised faith in Christ by fulfilling their callings, praying, and studying their scriptures.

Following is a description of Stephen, and the kind of Saint he had become through his personal obedience to the commandments. This is Acts 6:8 – 10:

8 And Stephen, full of faith and power, did great wonders and miracles among the people.

9 Then there arose certain of the synagogue, which is called the synagogue of the Libertines, and Cyrenians, and Alexandrians, and of them of Cilicia and of Asia, disputing with Stephen.

10 And they were not able to resist the wisdom and the spirit by which he spake.

What a wonderful complement to his faithfulness that those in power were afraid of him because of the wonders and miracles he wrought among the people. He knew his scriptures so well that no one could withstand his wisdom when he taught them from the scriptures. The only way they could get rid of him was to kill him. And it was finally not even because of their false witnesses that he was stoned to death. He died because he taught with such power that they were cut to the heart and could not bear to hear any more of the truth he taught. His stoning was illegal, and done in a literal frenzy of hatred.

Philip is another good example of a common member of the Church who became an uncommon member through his personal righteousness. Read this passage from Acts 8:5 – 8. Think about what you read then ask yourself this question: Is there anything described in this passage that any worthy priesthood holder couldn’t do if he was obedient to the commandments and to the Spirit?

5 Then Philip went down to the city of Samaria, and preached Christ unto them.

6 And the people with one accord gave heed unto those things which Philip spake, hearing and seeing the miracles which he did.

7 For unclean spirits, crying with loud voice, came out of many that were possessed with them: and many taken with palsies, and that were lame, were healed.

8 And there was great joy in that city.

Philip was magnifying his calling in the Church and keeping his baptismal covenants. Any member of the Church who does the same has miracles, small or large follow them. The miracles are a natural result to our obedience to God. After all, the Lord tells us that miracles are given to the Saints to confirm the exercise of their faith, right?

After preaching the gospel to the Samaritans an angel told Philip to go down to Gaza by a certain road. Not knowing why he needed to go, Philip obeyed and headed down to Gaza. On the way he came upon an important man, a eunuch of great importance in the house of the queen of Ethiopia. The Spirit told Philip to go and catch up with the man’s carriage.

As he drew near to the carriage he heard the man reading aloud from Esaias (Isaiah), and felt impressed to speak with him. He asked the man if he understood what he was reading. The man did not, so Philip used what the man was currently studying to teach him about Christ. The man believed, and asked to be baptized.

Now this is a special occurrence that doesn’t happen every day, but the point is this: when we, as members of the Lord’s church exercise our privileges as witnesses of Christ, the Lord is able to do mighty things with our weak attempts at obedience. If Philip had brushed off his inspired thought to go and talk to that man, that rich and important man from a royal household of a foreign country, he never would have had the chance to teach him about Christ. The eunuch, if not taught, would not have been baptized. This exchange was as much of a blessing to Philip as it was to the eunuch.

The lesson for us

These wonderful Saints were blessed to receive challenging callings by the leaders of the Lord’s Church. They rose to their personal heights of righteousness, not because of their callings so much as because they had proven themselves faithful already before the calls were extended. They were just exemplary general members of the Church.

The Church membership today is growing fast, and in some places there is a sore shortage of qualified leadership. The Lord needs people to serve missions to fill these roles of leadership. He needs the everyday members of the Church to step up to the privileges of their membership in God’s kingdom and become more than just “members.” Don’t get me wrong. There is absolutely nothing wrong with being “just” a member of God’s kingdom. It is a great privilege.

It is those who take seriously their baptismal and other covenants, who through their personal worthiness magnify their callings and prove faithful over the little things that the Lord is able to turn around and magnify them and show them they can also be faithful over many things. This process of the members of the Church of Jesus Christ rising to their privileges by magnifying their callings is beautifully demonstrated in the chapters of this lesson. This is the opportunity that each of us has as a covenant maker, to show the Lord that whether or not He calls us to an important position, we are at least worthy to be called if He ever needs us. The blessings will be the same either way.