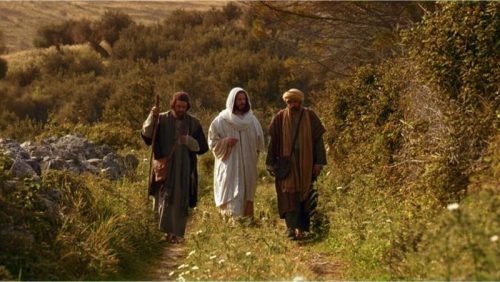 Appreciating the resurrection sometimes takes a change in one’s point of view. This week we will be looking at the experiences of those who were able to see the resurrected Lord. After His resurrection Jesus no longer walked among the masses. His time and attention were now focused solely on those who were already faithful to Him. The Lord’s role had changed.

A time of transition

Many changes took place between that day on Calvary and the morning of the resurrection. When Jesus went to Calvary He went as the lamb to the slaughter. He was fulfilling His divine mission to die for the sins of the world. He was demonstrating to us perfect obedience and devotion to the Father’s will in all things, just as He had always done during His mortal life. Right up to His last breath His focus was always on glorifying God in all things.

Even in the spirit world during the two days He was dead He busied Himself with organizing the missionary effort and the administration of the Church on the other side of the veil. This was a time of transition between His time of exemplar and His time as King and Lord. He made that final transition only after the resurrection had been accomplished.

Please don’t misunderstand me. Jesus has always been our Lord. I am making a distinction here between roles played at different times. When Jesus came into mortality He had a special mission to perform. Part of that mission was to demonstrate to us in every way possible the love of our Heavenly Father. In all things Jesus behaved as our Father would have behaved had He been able to be here in person. Jesus demonstrated God’s love for us in everything He did.

This is not unlike what we are supposed to be learning to do as well. We are to follow the example of the Savior and glorify God by showing forth God’s love through our service and love to others. Jesus did it perfectly. We do it imperfectly, but the goal is still there for us to practice becoming as much like our Savior as we can in how we act and behave towards our fellowmen.

Once Christ’s mortality was finished, and His atoning sacrifice was complete, and the resurrection accomplished, He resumed His former stature of Lord of Lords, and King of Kings. He was now the eternal judge of the living and the dead. His role had changed from what it was in mortality, though in the grand scheme of things, all His roles are just parts of what it means to be the Savior.

When Christ was mortal, He walked among the masses, healing and blessing, teaching and guiding. Now, as the risen Lord, that responsibility was passing to the Church leadership to show the way to others. It was now their responsibility to demonstrate God’s love and emulate Christ’s example, just as Christ emulated God’s love.

Instead of appearing to those in the temple at Jerusalem or walking the roads and hills of Galilee, Jesus now only appeared to those who had already demonstrated faith in Him and the gospel He taught. Many people saw Him, but they were all members of His church. Now, to see the risen Lord was a reward for demonstrated faith. It was no longer something available to just anyone.

The apostles had a difficult time believing that Jesus was actually alive. This reluctance on their part has been something that I have stewed over for some time. His resurrection was obvious, wasn’t it? Well, to us, 2000 years after the fact, we are accustomed to the notion that Jesus resurrected Himself and lives today.

But what about the apostles? Why did they have such difficulty believing what Christ told them repeatedly would happen? What was life like as a Jew in Christ’s day? Well, for starters, no one had ever been resurrected before. It was a big deal that Jesus brought back people from the dead, but the concept that He could raise Himself from the dead was more than their experience had prepared them for.

As you read the assignment for this lesson notice how many times Jesus had to rehash what they had already been told many times. He had told them plainly that He would die and rise from the dead three days later. That is pretty plain speech. The scriptures are replete with prophecies of Christ’s resurrection from the dead. Think about all the times in the Book of Mormon alone where the prophets foretold of His death and resurrection. The Old Testament prophets had not been told anything different than the Book of Mormon prophets, yet somehow that information had gotten lost in what the people were being taught in Christ’s day.

No one had ever heard of coming back to life after true death had occurred. And the idea that someone could A) raise Himself, and B) rise as an immortal being, was beyond what they could fathom. Now that it has happened we just accept it, but it had never happened before, and they had no experience to prepare them for such an event. So even though Jesus told them time and time again exactly what would happen on the third day after His death, it just wasn’t registering with them.

On the day of resurrection, when the two disciples were walking on the road to Emmaus, they were talking about what the death of Jesus might mean to the church He had set up. They were still unclear as to how His absence was going to affect the movement He had started. As they walked and talked Jesus appeared on the road and fell in with them and asked them what they were talking about.

They told Jesus, not recognizing who He was, all about what had happened over the course of the last week in Jerusalem, finishing by saying that some had actually been to the empty tomb and had been told by angels that Jesus was alive, but they said that no one had actually seen Jesus yet.

Jesus then spent the next few hours reviewing the scriptures with these two, enlightening them from their own scriptures on all those verses, starting with Moses, that talked about the mission of the Messiah, and that referenced specifically His death and resurrection. He gently chided them for lacking faith and being slow to understand.

When they arrived at their destination and had invited the traveler to come and eat with them, Jesus took bread and blessed it then broke the bread. As they recognized this from when He had done it in the past, and they now saw Him for who He was, He vanished from their sight. It was then that they began to review the events of that day. The most important sentiment they expressed is found in Luke 24:32

And they said one to another, Did not our heart burn within us, while he talked with us by the way, and while he opened to us the scriptures?

They had not yet received the gift of the Holy Ghost, yet what they describe is classic revelation from the Holy Ghost. Their hearts burned within them. They had just experienced, possibly for the first time in their life, a real intimate teaching moment from the Holy Ghost. This is how it happens for us as well. When we learn to recognize that burning in the bosom, we can be assured we are being instructed and witnessed to by the Holy Ghost.

The Saints of Christ’s day may not have had an appreciation for what the resurrection really meant to them, having had no experience, either intellectually or spiritually with the subject before that time. We probably need to be more understanding of them and their shortcomings when it came to their difficulty in grasping what it means to be resurrected. Hopefully, we are better prepared to be accepting of it, and appreciative of what it means to us, especially in light of modern day revelation.

We now know that resurrection means to receive a glorified and perfected body that can experience a fulness of joy, something a mortal body cannot have or do. We now understand that resurrection is the reason we had to come to mortality in the first place. We must have a mortal body first before we can have an immortalized body. Christ opened that door for us and made it possible for us to receive our immortal body. As you read the experiences of the disciples with Jesus after His resurrection, try to exercise some patience with their lack of understanding. Resurrection was something new to them, both in concept and in reality.