New Testament 20 – Woe Unto You, … Hypocrites

New Testament 20 – Woe Unto You, … Hypocrites 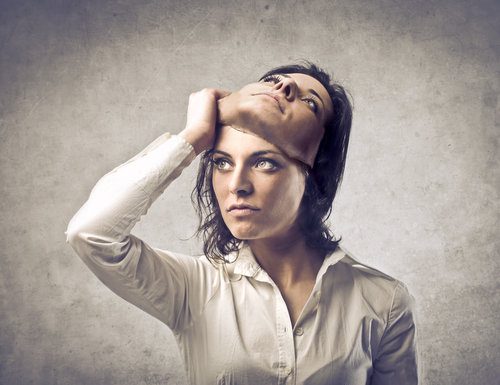 Parable of the Two Sons

In Matthew 21:28 – 32 Jesus is talking to the Pharisees about a parable of a father with two sons. The father tells the first son that he needs him to go work in the family business that day, but the son says he would rather not. Later, the son repents of his attitude toward his father and goes and does the work. Meanwhile, the father has gone to the other son and told him the same thing. That son promises his father he will go and do the work, but then decides he would rather do other things and never shows up to do the work.

Jesus asks the Pharisees which of these sons did the will of his father. The answer is, of course, the first son. Note that Jesus is not so concerned with the initial attitude, but whether, in the end, there was obedience. Even though the first son refused to obey, he later repented and did the will of his father. But the second son made commitments, which commitments he then broke, and for which he never repented.

To be a hypocrite is to pretend or to act. The first son did not pretend. He was honest with his father in how he felt. Though he was probably a disappointment to his father at first for turning down the assignment, his repentance proved his loyalty and faithfulness to his father and his willingness to follow his father’s will. His brother however, claimed one thing, but it proved to be false. In effect, he lied to his father. He betrayed his father. His betrayal lay in his promise to be obedient, followed by just the opposite, disobedience. He proved that he could not be trusted or counted upon when he made a commitment to something.

That sounds a little harsh to me, but I can’t logically work my way around the argument. When I promise to do something and don’t do it, I have, in fact, lied. I have shrugged off my commitments, for whatever reason, and never made restitution nor repented for what I did in my betrayal of someone’s trust. I have made myself a hypocrite, an actor, a pretender. My behavior no longer matches my words. Now there is a novel notion, that my words and actions need to match!

How Jesus Applies the Parable

Jesus used this parable to condemn the hypocrisy of the Pharisees (chief priests and elders of the people). They had come to Jesus wanting to know where He got the authority to do what He did. He, in turn, asked them a question. In verse 22 He asks them where John the Baptist got his authority. Was it from heaven or somewhere else? The men did not dare say it was from heaven because everyone knew John identified Jesus as the promised Messiah. But they also did not dare claim his authority to be void, because the people believed John to be a great prophet, and they feared the people (more than God, apparently). So they claimed they didn’t know how to answer His question.

Because they refused to directly answer Jesus’s question, Jesus refused to directly answer their question. But He did point out to them that they had made themselves into hypocrites. The reasoning goes something like this: They had personally rejected the teaching of the Lord’s prophet, John. Now Jesus, himself, was teaching them and they wanted to reject Him as well. Because John taught the truth and testified of Christ, they could not believe in Christ without also believing in John. Even if they wanted to believe only in Jesus, the truth that Jesus sent John out to teach would still condemn them in the day of judgment. Here is how verse 32 reads with the Joseph Smith Translation text in blue:

For John came unto you in the way of righteousness, and ye believed him not: but the publicans and the harlots believed him: and ye, afterward,when ye had seen me, repented not, that ye might believe him. For he that believed not John concerning me, cannot believe me, except he first repent. And except ye repent, the preaching of John shall condemn you in the day of judgment.

The lesson here for us is that if we do not believe and act on the words of the servants of God, even believing and acting on the words directly from God’s mouth will still condemn us in the end. When the servants of God teach us His ways we cannot deny them and remain blameless before God. He treats the messages given to us from the prophets as He would treat those messages if He had delivered them personally.

So this is one way we can identify whether or not we are being hypocrites, if we repent and obey the word of the Lord and fulfill His commandments. If we want to strengthen our commitment to Christ, we need to strengthen our commitment to His servants. They are Christ’s servants after all. If we won’t follow His servants then we won’t follow Him. We can be no more committed to following Christ than we are to listening and obeying the voice and counsel of Christ’s apostles and prophets, for their words are the same.

Stop Being a Hypocrite

In Matthew 23 the Lord condemns the leaders of the people for being hypocrites. Some of His complaints against them include doing everything for the praise and glory of men and not God. He doesn’t condemn them for doing things for the wrong reason, but because they claim one thing and do another. They claimed to the people to be spiritually superior to their fellowmen. They claimed to know the path back to God. They claimed to be the rightful teachers of the Law of Moses, yet they did not live up to any of their claims. They were spiritual degenerates, they were filled with pride, not humility, their claims to truly be able to interpret the Law of Moses were ridiculously off base.

How do we avoid being hypocrites? We must learn to be consistent in our declarations and our actions. When we declare something and our actions prove our words, we are consistent. We are truthful. We strengthen our commitment to Christ by learning to live by the covenants we make and the covenants we keep. When we commit to something, and we follow that commitment up with a life that lives that commitment through to the end, then we have proven ourselves true to both our word and our commitment. We draw nearer to Christ by being true to the promises we make Him.

He is okay with us being reluctant at first to make and keep covenants, but once we make a covenant with Him we had better keep it. But it is what we do in the end that counts. If we have made a promise and have not acted honestly with God, we can still repent and become honest in His eyes. He accepts honesty equally, whether it is initial honest that carries through to the end, or honesty born of repentance.