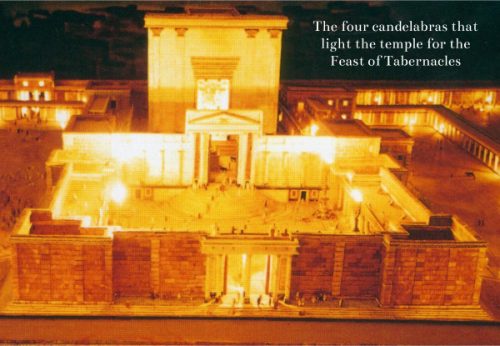 The theme for this lesson is that by following Jesus Christ we can gain true freedom. The light (knowledge and truth) Christ offers us is an all-important theme for our lives. Without the truth He offers us we are like the proverbial blind men who went to “see” an elephant for the first time. As you read the poem below, think of the Jews in our reading assignment of John 7 – 8. They all knew a little something of Jesus, but arrogantly assumed that what they knew was the sum total of all there was to know about the man and his mission. Each and every one of them was in possession of a tiny bit of the truth, but were, on the whole, completely in the dark. I strongly suggest you read this assignment before proceeding with this article. It will make a lot more sense that way.

It was six men of Indostan
To learning much inclined,
Who went to see the Elephant
(Though all of them were blind),
That each by observation
Might satisfy his mind.

The First approached the Elephant,
And happening to fall
Against his broad and sturdy side,
At once began to bawl:
“God bless me! but the Elephant
Is very like a wall!”

The Second, feeling of the tusk,
Cried, “Ho! what have we here
So very round and smooth and sharp?
To me ’tis mighty clear
This wonder of an Elephant
Is very like a spear!”

The Third approached the animal,
And happening to take
The squirming trunk within his hands,
Thus boldly up and spake:
“I see,” quoth he, “the Elephant
Is very like a snake!”

The Fourth reached out an eager hand,
And felt about the knee.
“What most this wondrous beast is like
Is mighty plain,” quoth he;
‘Tis clear enough the Elephant
Is very like a tree!”

The Fifth, who chanced to touch the ear,
Said: “E’en the blindest man
Can tell what this resembles most;
Deny the fact who can
This marvel of an Elephant
Is very like a fan!”

The Sixth no sooner had begun
About the beast to grope,
Than, seizing on the swinging tail
That fell within his scope,
“I see,” quoth he, “the Elephant
Is very like a rope!”

And so these men of Indostan
Disputed loud and long,
Each in his own opinion
Exceeding stiff and strong,
Though each was partly in the right,
And all were in the wrong!

Moral:
So oft in theologic wars,
The disputants, I ween,
Rail on in utter ignorance
Of what each other mean,
And prate about an Elephant
Not one of them has actually seen!

As Christ speaks of himself in these chapters he does so as the elephant, knowing his own true nature. It is the blind, groping at his side who do not comprehend. Only by learning more of Christ can we get a better picture of the true man, the true purpose, the true mission, and what He represents or can represent to us in our lives. He already knows His true nature. It is up to us to learn what he already knows, as blind as we are. These truths come from the enlightenment of the Spirit as we study the gospel and live by His teachings.

The great blessing that comes from this chapter is the promise that anyone at all can know for themselves if it is God’s doctrine. All they have to do is exercise the faith to live it, and the promise is that the Spirit will bear witness of its truth. That is an iron clad guarantee from God that we can know for ourselves. God does not lie, for He is a God of truth. Everything hinges on our willingness to exercise our faith.

During the Feast of the Tabernacles the temple was lit by four enormous candelabras. The flames from those candles could be seen throughout the city. Have you ever wondered why the LDS Church keeps the temples lit at night whenever possible? It is because the temple is the House of the Lord. By lighting it up at night it serves as a physical reminder, a beacon of where, in a world filled with darkness, we can go for light and truth.

In John 8 Jesus has this same discussion with the scribes and pharisees in the temple. They are like the blind men who cannot conceive of the elephant in front of them, since they only sense a tiny part of the enormous beast. Christ is trying to teach them about themselves and about who He is, but they continue to rely only on what they can perceive with their blind eyes. Not much. The exchange becomes intense enough, and Jesus is pointed enough in declaring his own divinity that the conversation ends with the scribes and pharisees looking for stones to kill Him for what they perceive to be the worst kind of blasphemy.

This conversation serves to show us that even in the presence of light (truth) people can remain blind. Receiving and believing truth is a choice. If we are not wanting to know the truth, no amount of truth can penetrate our souls. We have to be open to receiving it before it has a hope of entering in and enlightening us. Christ is the light of the world. Anyone who wants to know truth, the kind of truth that changes lives and liberates us from the bondage of deception and lies, can only find it in and through Jesus of Nazareth. The truth He offers us is to show us things as they really were, really are, and really will be. This allows us to make decisions in our lives that result in happiness that lasts for eternity.

Jesus truly is the light of the world. He is the beacon that shows the way home. If we come to Him we can find peace, and freedom from spiritual darkness and from the bondage of sin. In Him there is no darkness, no ignorance, only truth, light, and love. As we embrace the truth and live the commandments He has given us, we become bearers of that same light. We become like small replicas of the light that comes from God. That light, that truth shows us our path, and lights the way for our loved ones as well. That is the light that is set on a candlestick and placed for all in the house to see. We become as the city set on a hill, ourselves becoming beacons to lead others to Christ.