LDSBlogs – Finding Joy in Times of Sorrow – part 1 of 4

LDSBlogs – Finding Joy in Times of Sorrow – part 1 of 4 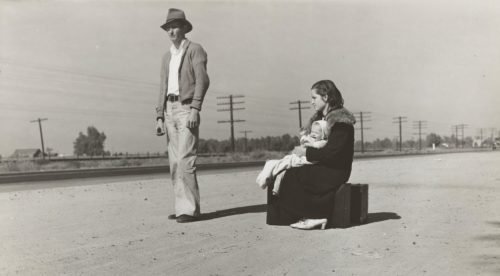 Photo by The New York Public Library on Unsplash

All of us get blindsided by sorrow in this life, which is odd, since suffering and sorrow often seem to be the watch cry of mortality. In this four-part series, we will examine how the Lord hopes we will learn to look at our suffering. Using examples from various past prophets and references from multiple living prophets, this series will explore why the Lord keeps telling those who are suffering to “lift up your head and be of good cheer.”

One of the general phrases that amazes me most from sacred writ is to “Lift up your head and be of good cheer” (3 Nephi 1:13). There are a few variations of that sentiment throughout the scriptures. Every time I see it, I immediately look back and reread what was going on with the person who is now being told to be happy in their circumstances. In each circumstance, the prophet being spoken to was suffering terribly, and usually in prison or in the middle of a great trial.

At first I assumed the Lord was just giving them a pat on the head and telling them not to worry, like a parent who is trying to get a child through a batch of shots in the doctor’s office. It took a while before I realized that the Lord was trying to expand their vision and help them see the bigger picture. They were so focused on their immediate and present discomfort that they had lost sight of where this experience was taking them in the larger scheme of things.

You can read parts two, three, and four in this series by clicking the appropriate link in blue.

Trials Are Part of Mortality

In what may appear to be an odd twist of fate, when we face hardship in this life, we often turn to the scriptures—but what we find next to the passages of comfort are stories of hardship, the likes of which most of us will never have to face. These recorded trials are not there as a game of one-upmanship to prove that someone else suffered more than us. These accounts are divine lessons from which we can learn of the Lord’s mercy to His people. His mercy is shown in its highest form when the people suffer most.

Mortality is the place where we hone our godly virtues and attributes—and, you guessed it! That is done through the things that we suffer in this life. Hebrews 5:8-9 says, referring to the Savior:

“Though he were a Son, yet learned he obedience by the things which he suffered; And being made perfect, he became the author of eternal salvation unto all them that obey him.”

I find it interesting that Paul is telling us that suffering is an essential component to learning some of the lessons we have to master in mortality. He goes on to say in the second verse that it was because Christ had learned these lessons that He was able to be the Author of eternal salvation for all those who obey Him. What great things do you think we as individuals might be able to accomplish once we learn obedience by the things which we suffer?

Let’s look at some examples of those who have suffered in the scriptures, and what their suffering entailed (this will extend into the subsequent articles). Each instance of the prophets’ suffering was unique. This tells me that there doesn’t seem to be a short list on ways to feel miserable. Yet each person learned some important lessons, and the Lord was able to raise them up to higher levels of faith and works precisely because of what they went through during their trials.

In 1 Kings 17-19 we read of the trials of Elijah. He was the prophet during the reign of the most wicked king Israel had ever had, Ahab. King Ahab did more to lead to the downfall and captivity of Israel than any king before him. He was married to the famous Jezebel. In these chapters, Elijah seals the heavens so that not even dew was to be found for the space of three years. Now, that’s dry! The Lord sent Elijah to live with the widow of Zarephath when the stream he was living by dried up. At the end of the three years, Elijah put on a display of the Lord’s power for the people of Israel by having fire come down from heaven and consume his offering that had been soaked in four barrels of water. (When you consider this was at the end of a very severe 3 year drought, four barrels of water wasted over some dead animals was not only a supreme waste of resources, but a great act of faith.)

Elijah then killed all the priests of Baal, who had been trying all day to get their false god to light a fire for them. After opening the heavens again to rain, Ahab and Elijah went to Ahab’s palace and Ahab told Jezebel what had happened. She resented that Elijah had killed her priests and threatened to have Elijah killed, so Elijah fled into the wilderness.

Elijah was so disheartened that he bowed before the Lord and asked that God kill him, because he was obviously no better than his fathers (who likewise were unsuccessful at converting fallen Israel). After all he had done for Israel and all the years of suffering on their behalf, Elijah felt that Israel had wholly turned from Jehovah, completely turning to idol worship. While he was sleeping that night, an angel woke him up and told him to eat and drink. He did, then went back to sleep. Again, the angel woke him up and told him to eat and drink, because the Lord had called him on a long journey. Elijah journeyed, fasting for forty days until he reached Horeb, the mount of God. There he had an interview with the Lord. The Lord asked him why he was there. His answer is found in 1 Kings 19:14-18:

And he said, I have been very jealous for the Lord God of hosts: because the children of Israel have forsaken thy covenant, thrown down thine altars, and slain thy prophets with the sword; and I, even I only, am left; and they seek my life, to take it away.

And the Lord said unto him, Go, return on thy way to the wilderness of Damascus: and when thou comest, anoint Hazael to be king over Syria:

Yet I have left me seven thousand in Israel, all the knees which have not bowed unto Baal, and every mouth which hath not kissed him.

There was more to this conversation than what was recorded, because we learn later that Elijah was promised that his work was finished and that the Lord was going to translate him. That means that for all his suffering and sorrow, the Lord had accepted his work and his sacrifices, and was going to bring him home after he passed along his calling as prophet to Elisha.

The point of this story is that even the prophet did not fully know what was going on, but he continued faithfully to perform every command the Lord gave him, no matter how futile it seemed to be. Even though he felt like a failure in his calling as prophet, he continued to be obedient in all things. There had to be some sense of validation for Elijah in this conversation with the Lord, knowing that he would receive the blessing of translation. We have less than a handful of people on record to ever receive this blessing. The most well-known people to receive translation at the end of their mortal ministry include the Three Nephites and John the Beloved. (Although they stayed on Earth and continued preaching, while Elijah went to Heaven without tasting death.)

Elijah knew he was close to the Lord, but he felt disconnected from the people he was trying to save. He labored for years and watched them starve to death rather than turn back to God. His was a heartbreak brought on by a life of service that saw no apparent return for all his personal sacrifices. We don’t have record of the Lord using the phrase “lift up your head” with Elijah, but the conversation follows the same pattern as it does with other prophets in like situations.

Finding Joy in Times of Sorrow – part 1 of 4