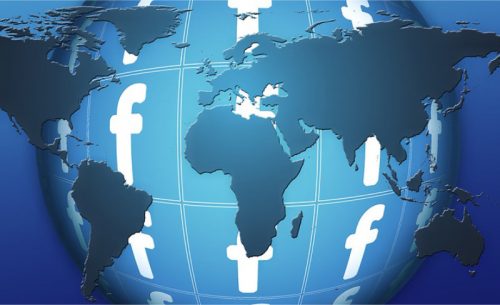 (Labeled for reuse on pixabay.com)

There is nothing more dangerous than someone who is armed with a little bit of knowledge, but greatly lacking in understanding. It truly is like turning an untrained person loose in a volatile situation with an automatic weapon that has a sensitive trigger. You’re just asking for trouble. This is what happens when we think we have figured out a gospel principle by piecing bits of doctrine together from here and there before we really understand all of those bits. This complicates something that is otherwise very simple.

The last few days I have been pulling my hair out from reading Facebook posts in the LDS groups. Someone asks a legitimate question, but it is answered by people who are intellectuals with great knowledge of bits of the gospel, but who have little grasp as to how the gospel of Christ actually works. This causes confusion, plants doubts in the minds of those who are unfamiliar with the things these people are introducing into the conversation, and derails the answer to the original question.

There is a whole new troupe of members joining the gospel conversation online. They are mainly from the continent of Africa. Most are reasonably new to the Church, so have much to learn. There are language barriers, as well as doctrinal barriers. People answering their questions need to realize they need basic answers, not heavy doctrine, and certainly not heavy doctrine that is not understood properly by the one giving the answer. The problem is that the people doing this aren’t aware of their their own mistakes.

As we transition from studying the Doctrine and Covenants to studying the Old Testament we have a whole Pandora’s box of gospel possibilities opened for us. Most of us are not nearly as well versed in the Old Testament as we are in the modern scriptures, and to top it off, the covenant between God and man they had in the Old Testament is not the same as the one we have with God, and He goes by a different name, and appears to behave back then in a radically different way than we are accustomed to seeing Him behave now. These kinds of issues pave the way for all kinds of misunderstandings.

The Bible is the most ancient record most people will ever read. It consists of manuscripts collected and copied for many centuries before being compiled into its current form. We are missing many of the writings of important prophets that got left out. Yet we were given writings from people who have no business having their material included in sacred writ, like the Song of Solomon.

The stories we have are often highly abbreviated versions of the actual events, like the creation, and may be highly symbolic to begin with, and have had many points redefined, changed, or omitted by translators over the course of the last six thousand years. That’s a long time and a lot of translations and copying going on to expect it to come down to us in its pure form. There have been just too many chances for alterations to creep in. Let’s hear it for modern revelation which has set many things straight again.

As you read the Bible, be sure to look for anything the Church has included from the Joseph Smith Translation (JST). The footnotes are a wealth of information holding alternate Hebrew translations of the word or phrase in question, and other notes that often help you understand what the verse is talking about.

Following are just a couple of the issues that have come up in just the last few days in the LDS groups on Facebook.

Fallacy – Jehovah is a collective

Some suppose He is a collective of priesthood holders who are doing the bidding of the Father, because Jesus hasn’t been born yet, so he couldn’t possibly be the God of the Old Testament.

This was a new one on me. Obviously someone understands that those called of God to conduct the affairs of His kingdom on earth have authority from God to do His work. What they don’t understand is that even though Jesus had not yet been born, He had been acting in the position of a God for a very long time.

As our Father’s chosen son, His only begotten in the flesh (even though this hasn’t happened yet in Old Testament times), He, meaning Jesus, was assigned the task of creating all things in the universe. He was a member of the Godhead. Now think about that. Could Jesus have been a member of the Godhead and NOT be God? If He could then we would have to completely change our definition of what the Godhead is.

Make no mistake, Jesus was a God for a very long time before Old Testament times. He was the one to appear to Abraham, Moses, Adam, Enoch, and so many others. As our Redeemer, He has been in charge of running the process of salvation for God’s children from the very beginning. And I do mean from the VERY beginning.

Just as in modern times, the Lord called prophets to give His word to His people in ancient times. We don’t know when He named Himself Jehovah, for we don’t hear Him called that until after the flood. Why the name change? I don’t know that anyone has that answer. I certainly haven’t heard an explanation of why. If you have a reputable source on that question, please include it in the comments below so we can all be edified.

Fallacy – Jesus is not supreme

This was another shocker to me. The reasoning went something like this: If we aren’t His equal then that undermines all the scriptural types and shadows that we can become like Him. This is wrong on so many levels.

In Abraham 3:19 the Lord says this to Abraham:

The prophets have taught us that Jesus is more intelligent than all of the rest of God’s children combined. Not individually, but combined! How can anyone say we are His equal? That only demeans Him and what He has done for us.

Does that diminish in any way our ability to become like Him? No, we can become whole and complete, which is the meaning of perfect, just as He is. But that doesn’t mean we will ever be His equal in intelligence and power, just as we will never be our Father’s equal in power and glory. We will always worship God, our Father. Christ will always be our Savior. There are some things that just can’t be undone.

These are just a couple of the many statements and questions that have come up on Facebook lately. The original questions were valid points that deserved responsible answers, but instead received statements like “Jehovah was a collective of priesthood holders.” Insane.

Please remember that anything we say in a public forum should be able to be backed up by scripture and by the teachings of the prophets. If we can’t give solid reasons for such statements then perhaps passing them around in a public forum will do more harm than good.

When posting comments, remember to be supportive of the Brethren, the doctrine taught in the manuals of the Church, and in general Conferences. And please remember that the Church is not in its final stage. It will continue to grow and change as the needs of its members warrant such changes. Just last night my wife told me about the new position on youth in performing baptisms in the temples. The priests can now perform the baptisms and act as witnesses, and the girls can help process the baptisms like the Sisters in the temple have done in the past. This is a monumental, and welcome change. (This article was written in 2017)

The gospel of Christ really is simple in its scope and concept. Sometimes its implementation can get confusing, but as the members grow into the doctrine that surrounds certain issues, things clear up. Let’s keep our understanding clear. Let’s keep the gospel simple for those still seeking guidance.