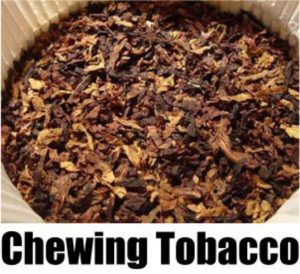 Some temptations are insidious, in that they have come and gone before you even recognize that you have been had. These temptations are difficult to spot ahead of time, because you are usually in an emotional state, like angry or overly giggly, and are not thinking clearly. But there are temptations that are clearly stated, and all but staged, like an advertisement. Sometimes they are so obvious they become laughable. I had one such temptation in my first year of college.

We were taught in Seminary that some decisions are best made before they need to be made. This is good advice. If I decide that I won’t drink alcohol, and I commit to myself that I will say, “No,” if I am ever asked, then the decision is already made, and I would have to actually go against my former decision when the temptation is presented to me. Deciding ahead of time can save a lot of future heartache.

In 1975, as a freshman at the University of Wyoming, I was assigned to Orr Hall, a coed dorm. This was the dorm where they housed all the sports teams. My floor held the baseball team. The bathrooms reeked of chewing tobacco. They would fill coke bottles with their chew spit, then leave them in the bathroom garbage or to be tipped over and spilled across the floor. Nasty habit.

Standing in the doorway of his room, he went and got a bag of chew and took some out and put it in his mouth. He offered me some, which I politely declined. I was a freshman, and he was a junior. I was still very intimidated by those older than me, so I was more than a little uncomfortable as he seemed genuinely surprised that I did not want any of his chewing tobacco. A short conversation ensued about my religion, and how we did not use tobacco.

That was when the perfectly staged temptation presented itself. Standing all alone, with this “authority” figure, older and more worldly “wise” than me, he carefully opened his chewing tobacco pouch and pulled out a single piece of tobacco. If you have ever seen chewing tobacco, it looks like a leaf that has been ground to look like saw dust. He pulled out this little, tiny piece of leaf, about the size of the head of a pin and presented it to me. He said, “Come on, just have a taste. No one will ever know.”

In that moment, many things flashed through my mind. He was right, no one but him and myself would ever know if I put that tiny thing in my mouth. But I had already determined that I would never use tobacco. And I saw into the future. I was talking to my children, and I realized that if I put that piece of leaf into my mouth, no matter how small it was, I would never again be able to truthfully tell anyone that I had never tried tobacco.

I actually started to laugh out loud. I thought to myself, “Good one Satan. Well executed!” I thanked him for the offer, but said I was not interested. I would really rather not try it. And just like that, the moment passed, and the conversation turned to other things. If I had said yes to that, what other things might he have presented to me that I would have felt bound or obligated to say yes to as well? He obviously had many vices, and was more than willing to share all of them.

I view that beautifully staged temptation as a pivotal moment in my life. I realized that it is best to decide ahead of time to say no to the temptations, rather than get into the situation and discover that you have not yet decided how you feel about it. That is far too dangerous. Decide now that you will be faithful to your covenants. Decide that each and every commitment you have made to the Lord will be honored at all costs, come what may. This will give you strength in times of adversity, and be a protection to your soul.