How to Fall Short of Eternal Glory in Three Easy Steps

How to Fall Short of Eternal Glory in Three Easy Steps 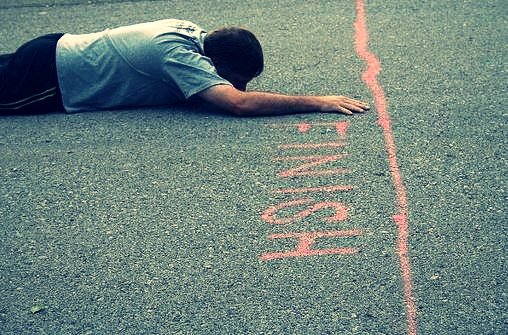 Sometimes we beat ourselves up because we are not good enough or we never quite reach our potential. I am here to show you how easy it is to take that potential and maximize your mediocrity so you fall eternally short of the weight of glory the Lord wants you to carry with you forever. It is not hard to do, and ANYONE can do it. (This is a tongue-in-cheek guide to the three degrees of glory.)

The lowest kingdom of glory is reserved for those who kept their first estate (i.e. made it to earth), then come to earth and completely take a nose dive in their second estate. In other words, they were good enough to get a body and come to earth, but once here they tank as to anything spiritual. If you want to live in a world that Joseph Smith says if people were to catch even the smallest glimpse of, they would commit suicide to get there, then this is the place for you. The scriptures compare the glory of the telestial world to that of the glory of the stars.

We all know how dim the stars are. They are often just barely visible to the naked eye, but when combined together can be quite spectacular. Well, at least they are spectacular in the dark, with no other light source. This is the kingdom of those who gloried in witchery, priestcrafts (religious popularity for profit), murder, thieving, adultery, and those who love to fornicate. These are the people who let their bodies dictate all their desires, and let their passions rule them. These people don’t just have a few faults, they revel in their faults, and insist that you let them. These are people who love to corrupt others, especially the innocent, and will go out of their way to provoke the anger of God. 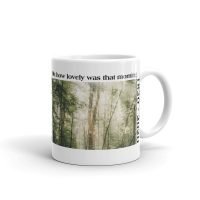 Know anyone in this category? There are so many ways to qualify for this kingdom, that instructions are hard to put into writing. Pick a sin and fall in love with it. Do all that is in your power to hurt others, whether intentionally or not, and you will still get a glory beyond reckoning. Those in this kingdom will be ruled over by the Holy Ghost, but never will see either the Savior or the Father for the rest of eternity. They will be single, alone, and will serve those of a higher order. I’m sure that must be a small price to pay for having lived a life of complete hedonism, abandonment to lust and pleasures of the flesh. These are those who 1. refused to make any covenants with God or 2. who made covenants and then crushed them under their feet in open rebellion against Him. Okay, I take it back, perhaps it does take a measure of effort to get there, but it only took one easy step.

This glory so far surpasses the glory of the telestial world that it is compared to the moon in brightness. Unlike the stars, the moon can be a commanding presence in the night-time sky. Even in the daylight it can be noticeable, though nothing to read by. But hey, the moon is pretty, right?

Those who qualify for this kingdom are the good people of the earth. They do no great wrong, and often do great good. They are often not just good neighbors, but great neighbors. They have followed the precepts of religions that have partial truth, and lived lives that were beneficial to both themselves and to those around them. They often speak of and promote the goodness of God, and help those in need, keeping most of the commandments. Many in God’s Church will be in this kingdom. Those in this kingdom will be ruled over by Christ, and will serve those who have earned a greater weight of glory. They will also be visited by the Holy Ghost.

Don’t get me wrong, you don’t have to work too hard to be here. Just keep your passions mostly in check, be kind to those around you, support good causes, find happiness in doing good. How hard can that be? These are they who either have 1. made covenants with God, then not fully kept them, or 2. they refused to believe His servants when they were told the truth because they were blinded by the cunning and craftiness of men. Sometimes they are here only because they 3. felt it was asking too much to have to make all those promises to God and then live their lives based on all those rules. I can’t tell you how many times I have been told by people they would join the Lord’s church if they just didn’t have to give up __________ (insert name of vice here).

These people are extremely happy where they are. They kept their first estate and made it to earth. Once here they were good people, and accomplished anywhere from mediocre goodness to things that were greatly beneficial to mankind. Their only shortfall is that they were not interested in anything more than this. When offered the chance for greatness, they declined. They were happy where they were. Nothing wrong with that. The Lord does want us to be happy. There will be many, many people in this very happy place, living as singles throughout eternity, serving those who become gods.

This kingdom so far surpasses the other two kingdoms in glory that the only way we can get a visual is to be told by God that this kingdom is more glorious than the other kingdoms as the sun is brighter than the stars or the moon. This difference is almost beyond calculation. This is where God the Father lives, with Christ, the Holy Ghost, all the angels, and those who were willing to make covenants with God and keep them while in mortality. These are the ones who will inherit all that God has, becoming, eventually, gods in their own right, raising children in their own families, and spending the rest of eternity increasing God’s glory by giving him eternal increase through their own posterity who will also glorify God.

So what strenuous tasks do you have to perform to spend the rest of eternity in such bliss? Well, the answer is surprisingly simple.

So there you have it. What is the secret to mediocrity? The answer is to do nothing. And you can do that in as few steps as you like. What is the secret to eternal glory in the presence of God? The answer is, when God asks you to make him a promise, a covenant, and in return he promises to exalt you, don’t hesitate, run to him, embrace him, thank him, worship him. Be grateful He loves you enough to offer you baptism (entrance) into His kingdom, and at such a simple price as obedience. So spend the rest of eternity in everlasting happiness, because during your short stay on earth you were willing to trust in what you initially could not see, and obey Him whom you initially could not hear.

Doctrine and Covenants 76 – read it slowly, read it thoroughly, read it more than once.