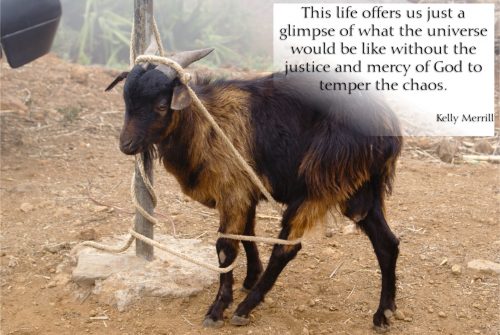 Photo by Torsten Dederichs on Unsplash

How many times have you heard the sentiment that life isn’t fair? I would like to make the case that life is actually very fair.

Let’s look at some backstory as to who is here on earth with us and why. This makes a difference in why I maintain that life is fair. In our premortal life we had a great separation of those who professed to want to follow God, and those who rejected God in favor of Lucifer. Those who favored Lucifer were cast out of heaven for their rebellion, and those who promised to adopt God’s plan and support the Redeemer of His choice, Christ, were allowed to come to earth.

Coming to earth brings with it certain conditions and blessings. In Abraham 3:22-23 we learn that Abraham was shown all the intelligences (souls) that lived in the presence of God, and he was shown that among all those people were “many of the noble and great ones.” These are the people God chose to be the earthly leaders in His kingdom. They were noble and great because they were righteous. Everyone else was evidently less so.

22 Now the Lord had shown unto me, Abraham, the intelligences that were organized before the world was; and among all these there were many of the noble and great ones;

In Abraham 3:25-26 the Lord says that the purpose of this life is to prove those who come to mortality to see if they will be obedient to all of God’s commandments.

25 And we will prove them herewith, to see if they will do all things whatsoever the Lord their God shall command them;

In verse 26 we learn that everyone who comes to mortality will receive the reward of those who kept their first estate. We are promised that because we kept our first estate we are guaranteed we will receive a resurrected and glorified body in the day of our resurrection. All of us have that promise, no matter how badly we fail to be obedient in this life. This is our promise from our first estate, our premortal life. It is only those who keep this second estate who will be exalted and “have glory added upon their heads for ever and ever.”

So the first big separator, if you will, of sheep and goats, took place in the premortal life. One third of God’s children were lost in that battle of good and evil. This life acts as a sieve that separates the rest of the masses from those who truly want exaltation. The masses in this life have already earned their eternal reward, as far as their promised resurrection and glory, because Christ fulfilled that promise at the end of his atoning sacrifice. So it doesn’t matter to most people how they live here in mortality, as far as getting their resurrected body goes, for that is guaranteed to everyone who made it this far. The only difference we will see in this life is how much glory we receive in the eternities. If we are a total hedonist, bent constantly on earthly pleasures and evil deeds, we will still get some glory in the next life. Not much, but some. If we are good people and try to follow Jesus we will receive more glory. Only those who keep God’s commandments, make covenants with Him and keep those covenants will be exalted to live with God again.

The whole point of mortality is that we are cut off from God’s presence. In His presence goodness prevails. Order prevails. Goodness is always rewarded, and evil punished. But out of His presence in a life where we can all exercise our agency for a time with little accountability to God until the judgment day, chaos reigns.

People are people, and we all do stupid things. Those who do evil favor those who also do evil. Those who do good favor those who also do good. That is normal. Unfortunately, the vast majority of those who come to earth are raised by those who don’t live by God’s laws, have rejected them, or haven’t even heard of them. God’s laws are completely foreign to them. They are born, raised, and die believing as the Anti-Christs of the Book of Mormon taught, that whatever a man does is not wrong. We prosper according to the “management of the creature.” In other words, if you are more clever than your neighbor, your neighbor should watch their back.

The conditions of this life are equally chaotic for the evil and the good. Life is just as unfair/fair for both. But since we are overwhelmingly surrounded by those who embrace the philosophies of man, and Satan, the support of this world is heavily on the side of the wicked. Though even the wicked devour one another in their bid for power and wealth. This life offers us just a glimpse of what the universe would be like without the justice and mercy of God to temper the chaos.

If we only look at mortality as the whole scope of our existence then we do, indeed, have cause to feel sorry for ourselves. Being good in mortality is like the salmon that has to swim upstream to spawn. It is an uphill battle all the way, and it can only end in death. (Wow, that sounds morbid.) That is why it is so important that when we choose to make and keep covenants with the Lord that we endeavor to learn how to look beyond mortality to the promises exaltation offers us in the hereafter. We need to learn to live for the eternities, and not for the pleasures of today. This is difficult, and takes a lot of work to achieve. It is also the only way to maintain our hope.

The promises made by the gospel of Christ are not all meant to be experienced in this life. Most of what we look forward to won’t come to us until after this life. So this life really is a testing and proving time to see if, despite our lack of vision of the eternities, we are willing to be obedient to all that God requires of us. This is why mortality requires faith in God, for faith is action on belief for which we don’t have current proof.