How Can I Improve My Elder’s Quorum?

How Can I Improve My Elder’s Quorum? 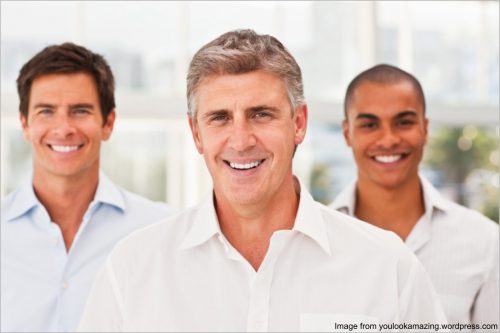 Someone asked me how to improve an Elder’s Quorum, after reading my article on the purpose of quorums. What follows are some suggestions and a list of things to consider.

I have been in some less than ideal quorums in my day. I have been in quorums where the members would go on tirades about what the Prophet just said in General Conference, claiming he was a “dottering old fool” (yes, those were their words). I’ve been in quorums where the members sleep through all the meetings, and you can’t get anyone to contribute to a conversation to save your soul. People are people, and it doesn’t seem to matter that they have been given great opportunities and blessings by being placed in the Lord’s educational system of the Church for men, the quorum.

One of our modern challenges is the mixing of the old priesthood veterans with the young bucks out of high school. Socializing was easier when you were more or less divided into groups by age brackets. The High Priests slept, I mean kept to themselves on soft seats somewhere, while the Elders sat on the hard seats and stared at the floor in silence. This wasn’t universal, but it also wasn’t uncommon. And when we had Seventies in the wards we were separated by calling, since the Seventies did the ward missionary work.

But now we all participate as a single quorum, High Priests and Elders together. Have you found it to be an easy mixing? In my ward we have had our fair share of challenges making the transition to a single quorum. Before, when we had a High Priest moving in or out of the ward, lots of members of the quorum came to help, and many brought their wife with them. Since combining the two sets of quorum members into the Elders quorum, now the High Priests no longer show up to any of the moving projects. They expect the young men (and I live in a college town, so there are a lot of them) to do all the heavy work. It is as though they have retired from service. And when we have a ward cleanup, almost the only ones to show up are the home owners. Fortunately, a few of them are Elders.

On the Elder’s side of the quorum, we have mostly young newlyweds who are often still thinking like teenagers who live in their parent’s basement. They expect everyone else to do for them, and feel no sense of responsibility to pitch in and help make the neighborhood better. Afterall, they are only here temporarily before moving on to a new location that is either less expensive, or will launch them into “real life” in their careers upon graduation. For now, they come and go with a carefree bliss, and many don’t seem to hold any sense of commitment to the quorum to which they belong. Please don’t get me wrong here. I am not complaining, just observing what is pretty obvious to these experienced eyes.

I know some wards and branches have had marvelous experiences since combining all priesthood holders into one quorum. Those are truly blessed to have had such a great experience. There really isn’t anything quite like a quorum that acts like a quorum.

I was in an Elder’s quorum once with an inspired leader who was determined to change our 8% (or thereabouts) home teaching statistics to something more representative of what a good quorum should have. This Elder’s Quorum President had a pretty clear vision in his head as to what the potential for the quorum could be, and he was determined to do everything in his power to try to instill that vision in others.

He decided to start on one person at a time. Every month he made sure that he ministered to his own families. He never missed an opportunity to visit with them with his companion, even if it was for just a door visit to check in on them. When he found another faithful ministering brother in the quorum he would approach him personally and enlist his help. He would match this brother with someone they both wanted to work on and fellowshipped and befriended him into being a near 100% ministering brother himself. One by one he worked his way through the quorum, offering fellowship and friendship to one new brother at a time, all with the help of those he had enlisted to do the same.

Back then it was called home teaching, but the principle is the same. Though we have been given permission to contact our families and individuals by ourselves, there is true wisdom in doing things with your partner, even though many try to avoid that at all costs. Time and experience will prove the Brethren wise in continuing to keep us in companionships. In the old Scouting program it was referred to as “two-deep leadership.” Having two people together serves as a protection we as ministering brethren can’t afford to do without. Seriously.

Back to my old Elder’s Quorum President: was his success spectacular? No. Was it fast? No. Did he change lives? Yes, but imperceptibly, and only one at a time. He learned what we all learn when we serve others, that change happens on an individual basis, not on a mass scale, and that often times change is slow in coming. He learned that change can only come through gaining testimonies and through living the commandments, and both take time.

Little by little the members of the quorum became more active, did more ministering on their own and as companions, started to attend the temple more often, etc. He was only in the calling for a couple of years, and in that time he never came close to his desired 100% home teaching goal. So, I ask you, did he fail?

If you look in the Priesthood and Relief Society lessons taught in 2013, somewhere about lesson 12 you will find that Lorenzo Snow makes the bold claim that when you are on the Lord’s errand there is no such thing as failure. Even if it appears to us that we have failed, if the Lord has commanded that a thing be done, and we, as his servants put our minds and backs into doing the work required, President Snow promises that progress is being made, whether we see it or not. What we hoped we would see happen during the time table we outline may not pan out, but in the Lord’s due time he can make all kinds of things happen. This is his work, and he is hastening it with or without us. Let’s do what we can to include our friends, neighbors, and loved ones. 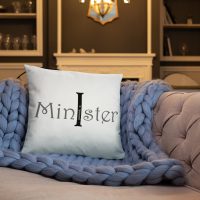 So what else did I learn from this Elder’s Quorum President, who started with such a sad batch of priesthood holders?

1.  I learned that the only convert I have any control over making is me. I cannot use my will to control anyone except me. That was a tough lesson to learn in my marriage and when I started to parent willful children.

2.  I learned that exercising faith in the Lord’s program and fulfilling my callings are only the beginning of my efforts. Service needs to extend beyond the necessary duties of my calling and become something I seek to do. As long as I am trying to avoid serving others, I am mostly hurting myself.

3.  I have to look outside myself and find ways to encourage and uplift others. Browbeating or scolding accomplishes nothing useful. If I want to help someone save themselves, love is the only recourse. This was/is especially difficult when I am trying to help other priesthood holders, whether young or old learn to care about their Church service. They are so focused on their own lives and activities they aren’t seeing the opportunities for spiritual growth that are being immediately presented to them.

4.  Love, example, testimony, and hard work all take time to make a difference, and we often don’t see positive results very quickly. In my last ward the Stake President was released and came back into our quorum. But before he was released, he sat down with several couples in our ward he had grown up with and challenged them to come back to Church. His invitation was so loving, so direct, and so filled with the Spirit that it moved them. We had at least three couples come back to Church and we all got to attend their temple sealings a year later. One of the brethren discovered a month after they were sealed that he had cancer. A couple of months later we buried him. These brethren brought tremendous strength to our quorum and to the ward as a whole. We all came to love these reactivated families like they were our own.

5. And finally, when done with the Spirit, love, good examples, testimony, and hard work, your efforts will work. These things get the job done. One of the main things that help people come back to Church, join the Church, or become more active in the Church, is that they are happier in their Church activities than they were in whatever else they were doing before.