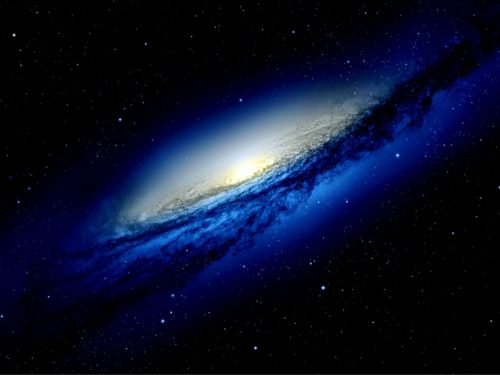 I have written several other articles about the patterns we see in God’s dealings with us, His children. I will place links to these articles at the bottom of this page.

And just so I am clear with you, most of what I have written here is found in the scriptures. Anything that is not documented here is my assumption of the way things are. This means that you also need to study it out and decide for yourself what you think is doctrinal and what are just my assumptions, whether correct or not. Either way, you will probably be surprised by what you read.

A review of our redemption

It is important that we understand the meaning of the word redemption. Once you read Noah Webster’s 1828 definition of the word, you might just look at the Savior’s titles of Redeemer and Savior in a new, more enlightened way.

1. Repurchase of captured goods or prisoners; the act of procuring the deliverance of persons or things from the possession and power of captors by the payment of an equivalent; ransom; release; as the redemption of prisoners taken in war; the redemption of a ship and cargo.

2. Deliverance from bondage, distress, or from liability to any evil or forfeiture, either by money, labor or other means.

4. The liberation of an estate from a mortgage; or the purchase of the right to re-enter upon it by paying the principal sum for which it was mortgaged with interest and cost; also, the right of redeeming and re-entering.

To say that we need to be redeemed testifies of the Fall that came from Adam and Eve’s choice in the Garden. We became naturally liable and susceptible to the temptations and desires of our mortal bodies. Sin – behavior that is contrary to the nature of happiness – became the natural order of the day. But the Fall of Man was not meant to be permanent. Christ came to pay the costs of our Fall – “by paying the principle sum for which [our lives were] mortgaged with interest and cost”. He procured our deliverance from permanent death and separation from God through his atoning sacrifice for all of God’s creations.

Note that I just said Christ procured our deliverance from permanent death and separation from God through his atoning sacrifice for all of God’s creations, not just God’s children. Following is a short overview of how we got to where we are now, and where we are headed in God’s plan for our salvation, and how his redemption saved more than just God’s children.

We all began as intelligences. We were then created spiritually when God gave us spirit bodies that enabled our progression in the spirit world. When we grew sufficiently for the next step in our progression it was time for mortality. Interestingly enough we also learn in the Church that God created all things spiritually before they were created physically. How far do you think the term “all things” extends?

Once we qualified to come to an earth, we were given moral agency to test our willingness and desire to follow the commandments of our God and Father. This is, of course, our current state. Mortality also includes all that takes place in the spirit world after we are through making our choices during our mortal lives. The spirit world is a place and a time where a vast amount of the teaching of the plan of salvation takes place among God’s children. In fact, possibly most of His children will never hear of the plan for their salvation until they are in the postmortal spirit world. This is what makes the postmortal realm just an extension of what happens here in mortality. Same work, same location, different state of being.

Mortality brings with it an automatic separation from God. We left His presence with nothing more than a body comprised of Intelligence and a spirit. The whole point of the Savior’s mission is to enable us to return to God, but this time we can enter His presence with immortal and perfect bodies, just like His. This is why Jesus had to come and die for us. He needed to die, so he could be resurrected, opening the door for all of God’s creations, not just God’s children, that can  progress to higher planes of existence to be able to do so. In our case, most of us will be given telestial, terrestrial, or celestial bodies. But we aren’t the only beings of God’s creations to receive this blessing made possible by Christ.

We often subconsciously think of the earth as just a rock in space with many living systems thriving and dying on its surface. But according to the scriptures the earth itself is a living being. Let’s look at Doctrine and Covenants 88:14-20 where it specifically speaks about the earth, its purpose for being created, and its final destination. The earth is female, but here the earth is referred to as “it.”

I don’t really know what to call the earth. It isn’t one of the children of God, like we who look like our Father, but the earth is a living entity with thought and speech. If you look at Moses 7:48-49 we hear the earth speak, and her speech makes Enoch weep.

48 And it came to pass that Enoch looked upon the earth; and he heard a voice from the bowels thereof, saying: Wo, wo is me, the mother of men; I am pained, I am weary, because of the wickedness of my children. When shall I rest, and be cleansed from the filthiness which is gone forth out of me? When will my Creator sanctify me, that I may rest, and righteousness for a season abide upon my face?

49 And when Enoch heard the earth mourn, he wept, and cried unto the Lord, saying: O Lord, wilt thou not have compassion upon the earth? Wilt thou not bless the children of Noah?

The important thing I would like you to note is that the Lord is putting the earth through the same pattern of creation and exaltation that His own children go through. Who knows what other things or beings the Lord progresses to higher states of being! It appears that the life of the earth itself is closely tied to the children of God sent down to live on her face/surface.

The first thing the Lord tells Joseph Smith in these verses is what exactly the redemption is. It is the payment for the crimes of the soul (the body and spirit of man) against the laws of God. The purpose for our redemption is so we can inherit the earth after our redemption has been paid.

14 Now, verily I say unto you, that through the redemption which is made for you is brought to pass the resurrection from the dead.

15 And the spirit and the body are the soul of man.

16 And the resurrection from the dead is the redemption of the soul.

17 And the redemption of the soul is through him that quickeneth all things, in whose bosom it is decreed that the poor and the meek of the earth shall inherit it.

The purpose of coming to earth was to receive a physical body. And the purpose of Christ’s resurrection is to give us a resurrected body that can be like God’s own body. He then follows this statement by saying that those who qualify to live with God again are the poor and the meek. And where will they live, but on this earth upon which we already live?

The earth itself must be made ready for a celestial glory, to be inhabited by celestial people, which can only happen if it fills the measure of its creation. And this fulfilling the measure of its creation includes being baptized with water (the flood) and by the Holy Ghost, which will happen when the Lord comes and purges the earth of all wickedness by fire at his second coming.

18 Therefore, it must needs be sanctified from all unrighteousness, that it may be prepared for the celestial glory;

19 For after it hath filled the measure of its creation, it shall be crowned with glory, even with the presence of God the Father;

I was stunned to finally have it sink in that the purpose of this earth being created spiritually before it was created physically, then falling with the mortal children of God who lived on her face, being baptized with water and fire, is all meant to provide us with a living celestial sphere on which to live once we have been exalted. God created the earth for a place on which He, Himself could come and live at the end of our mortal probation. It had never occurred to me that God resides on living beings. Planets, at least some of them, are living beings capable of being exalted. It makes me wonder if all planets progress like this or only some of them.

I don’t know what the path of progression is for any other intelligent species in the universe, but we know that our planet has to follow the same basic path we have to follow in order to become celestialized. This is just another example of the patterns God uses in governing the universe.

Additional articles on God’s use of patterns

God’s Use of Patterns – Prophets and Destruction

God’s Use of Patterns – Questions

God’s Use of Patterns – Questions Part 2