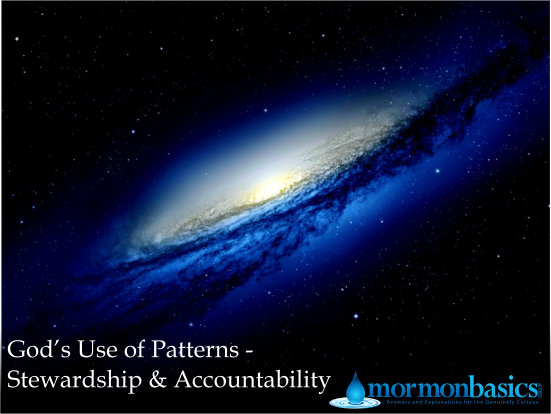 In a previous article I talked about God’s Use of Patterns – Self Reliance. It gives examples of times the Lord waited until someone thought the problem through and then took a solution to the Lord. Only then did the Lord make His will known. Another pattern the Lord lives by is the habit of giving us responsibilities then holding us accountable for what we did with that responsibility. The stories of stewardship and accountability are legion throughout the scriptures. The first example that comes to mind is the parable of the talents. It is used to teach exactly what I am talking about here, stewardship and accountability. 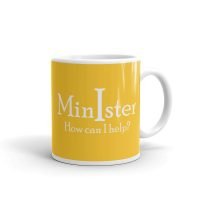 This is a great way to let people know you are available to help.

Adam and Eve were the first to receive a stewardship from the Lord. He pointed to the Garden of Eden and said, ‘This is yours now. Take care of it.’ He also gave them stewardship over all the earth. In His words he made Adam ‘Lord’ over the whole earth. That means we now have that same stewardship, being his children and heirs. The Lord will someday hold us accountable for what we do with His property – which brings me to the definition of a stewardship. A steward is someone who cares for something that belongs to someone else. The Garden of Eden obviously belonged to God, but he made Adam and Eve the caretakers of the garden. They were the stewards. Stewardship and accountability are words you hear a lot in The Church of Jesus Christ of Latter-day Saints.

The Lord never gives us responsibility without expecting us to report back to him on what we are doing with our responsibilities. Think back to the parable of the talents. The master gave the servants certain sums of money and they were told to go and do their best with what they had been given. They were left to their own devices for a while, but eventually the master wanted an accounting of what they had done with his property. There is no difference between that story and our lives. The Lord has given each of us certain abilities and spheres of influence. What we do with what we have been given is up to us, but at some point we will have to answer to Him for what we did with our gifts, our stewardships.

The Lord takes our assignments seriously. In the New Testament the Apostles were accepting gifts of people’s properties for the church, and a man named Ananias and his wife sold some land, but decided that they would lie to the Apostles, and tell them they sold it for less than they actually did. They would pocket the difference, and who would be the wiser? Acts 5:1-10 tells the whole story.

1 But a certain man named Ananias, with Sapphira his wife, sold a possession,

2 And kept back part of the price, his wife also being privy to it, and brought a certain part, and laid it at the apostles’ feet.

3 But Peter said, Ananias, why hath Satan filled thine heart to lie to the Holy Ghost, and to keep back part of the price of the land?

4 Whiles it remained, was it not thine own? and after it was sold, was it not in thine own power? why hast thou conceived this thing in thine heart? thou hast not lied unto men, but unto God.

5 And Ananias hearing these words fell down, and gave up the ghost: and great fear came on all them that heard these things.

6 And the young men arose, wound him up, and carried him out, and buried him.

7 And it was about the space of three hours after, when his wife, not knowing what was done, came in.

8 And Peter answered unto her, Tell me whether ye sold the land for so much? And she said, Yea, for so much.

9 Then Peter said unto her, How is it that ye have agreed together to tempt the Spirit of the Lord? behold, the feet of them which have buried thy husband are at the door, and shall carry thee out.

10 Then fell she down straightway at his feet, and yielded up the ghost: and the young men came in, and found her dead, and, carrying her forth, buried her by her husband.

This story is a graphic depiction of how seriously the Lord takes the responsibilities or stewardships He gives us. In case you think this is just one excessive example, think about what God said about those who hurt his little ones, the children. He said that it would be better that a millstone (they are very heavy) be hung about that person’s neck and that person be drowned in the sea. Better that than to offend or hurt one of his innocents.

Think of Jonah, who, when the Lord gave him the responsibility to go call Nineveh to repentance, tried to run away. Did Jonah have to give an accounting for his behavior? Yes, he spent three days in some fish’s belly thinking about his behavior. Then after he finally executed his stewardship responsibilities, and the people of Nineveh repented, Jonah sat pouting under a booth because he really had wanted to have those people destroyed. The Lord had to come back to Jonah and teach him about the importance of compassion.

Let people know you are available to help. No words necessary.

As I said, there are innumerable examples of the Lord giving people stewardships, responsibilities, then requiring them to answer for what they did with that responsibility. The stories are all throughout the scriptures. This is one pattern that we need to apply to ourselves. We take on the stewardship of a parent when we have children, and the Lord will hold us accountable for how we treat them and what we teach them. We become stewards over the hearts of our spouse when we marry. We are given responsibilities for the welfare of our neighbors when we covenant to keep the commandments, to love them as we love ourselves. For all these things we will be held accountable to the Lord for how well we fulfill our responsibilities with the Lord’s things, most notably His children.

The Lord knows who we live next to. He knows who we run into on the street, and whose lives we have opportunities to bless and help. We may mistakenly think that because we aren’t specifically called and set apart to help these people we don’t have to do anything. After all, who can fault us if we aren’t assigned to specifically help them? As the Lord says in Doctrine and Covenants 58:26

26 For behold, it is not meet that I should command in all things; for he that is compelled in all things, the same is a slothful and not a wise servant; wherefore he receiveth no reward.

We have already made covenants with God to represent Him and serve others in His place. This means using whatever talents/abilities we have that will bring blessings into the lives of those around us. There is nothing we do that He is not intimately aware of and for which we will not be held accountable. May we always remember that we will be accountable for our stewardship, which includes everything we do every day of our lives.