For My Sake: An Example in How to Study the Scriptures

For My Sake: An Example in How to Study the Scriptures 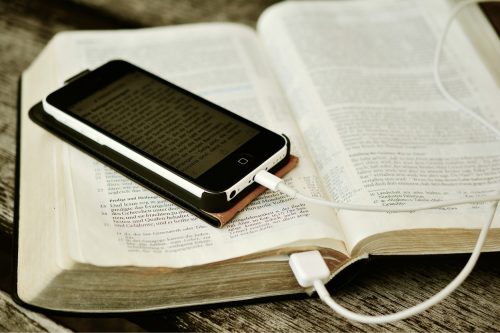 I don’t remember where I was, probably in Church, but someone said something and it woke me up. Not literally. They quoted a verse of scripture that had the phrase “for my sake” in it. My first thought was, “What? Why would the Lord want to bless us for his sake, his own benefit?” That just didn’t seem right. So I began searching the scriptures, and the dictionaries, and this article is what I have learned.

The first stop in my search was the dictionary. What does “sake” mean? According to www.dictionary.com its main meaning for our scriptural context is “cause, account, interest, or benefit.” I then looked up the same word in a much older dictionary, and found that the word hasn’t changed that much in the last couple hundred years. There are more definitions for the word, and more dictionaries out there, but these words seem to best fit what is being presented in the scriptures.

Using words is a tricky business. If you apply the correct word to a thought, but use the wrong definition to read or hear that thought, it can completely ruin the desired intent of the statement. For example, Doctrine and Covenants 93:46 says this –

That is what is written, but what does it say? Did the Lord call Joseph Smith as his servant for the benefit of the world? If that is correct, should we also use the same meaning of the word “sake” for the second half of the sentence? Is the Lord telling Joseph Smith He called him to be His servant for His (Christ’s) own benefit? Or is the Lord telling Joseph that they have been called to be the servants for the worlds on account of their relationship with Christ? Both statements can be argued to be true. How do you interpret that verse? 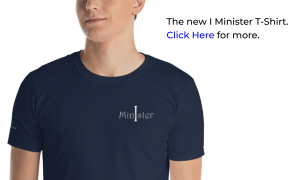 The important point here is that we can’t always assume that a word has a particular definition. Sometimes a different definition can also be correct. At that point we have to rely on our understanding of the scriptures. We may even need to do further research to see how the apostles of this or the last dispensation used the phrase to see if we can find the true meaning of a statement from things they have written or said. And sometimes, when it could be argued more than one way and still be truthful, we simply have to recognize that we don’t currently know what the Lord meant, put the statement on the spiritual bookshelf, and hope that someday the true meaning will be revealed to you.

In the New Testament this phrase is used nine times. I went to lds.org and did a search for that phrase under the scriptures tab. All of the scriptures seem to use the phrase in the same way. But that doesn’t mean that is how they were meant to be read, so I did a look up online using an online interlinear Bible. Since the New Testament was originally written in Greek, sometimes the words we are familiar with may not reflect the original intent of the writers of that text. So when a discussion comes up about the meaning of a word or phrase, it is good to go back to the original language to see what words were used in writing the original text. This doesn’t guarantee the answer we are looking for, but it usually helps.

The interlinear Bible takes the Bible text and displays the words in Greek that were used to write the New Testament. Below is what Luke 9:24 looks like.

Every instance I looked up in the New Testament of the word “sake” used the Greek word “heneken,” which means “on account of.” Here are a couple of examples. The first is Mark 10:28-31. This is how the phrase appears to be used almost exclusively in the New Testament.

28 ¶ Then Peter began to say unto him, Lo, we have left all, and have followed thee.

29 And Jesus answered and said, Verily I say unto you, There is no man that hath left house, or brethren, or sisters, or father, or mother, or wife, or children, or lands, for my sake [on account of me], and the gospel’s,

30 But he shall receive an hundredfold now in this time, houses, and brethren, and sisters, and mothers, and children, and lands, with persecutions; and in the world to come eternal life.

31 But many that are first shall be last; and the last first. Emphasis added

18 And ye shall be brought before governors and kings for my sake [on account of me], for a testimony against them and the Gentiles. Emphasis added

Once I left the New Testament and looked at how the phrase was used in other scriptures, that is where I stumbled across the Doctrine and Covenants 93:46 usage of the phrase. This raised a red flag for me. In the New Testament the same word is always used in the use of the phrase, “for my sake.” But in latter-day scripture we have no such crutch to lean on. Look at the following scriptural passages that use the phrase, but can be interpreted in more than one way. 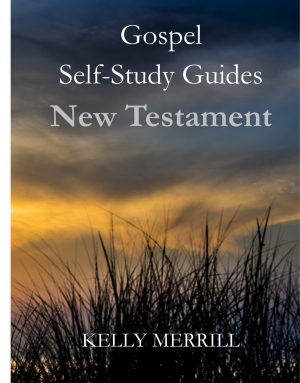 Doctrine and Covenants 93:45-48 is the verse quoted at the beginning of the article, but with all its surrounding context.

45 Verily, I say unto my servant Joseph Smith, Jun., or in other words, I will call you friends, for you are my friends, and ye shall have an inheritance with me—

46 I called you servants for the world’s sake [for the benefit of the world], and ye are their servants for my sake— [you could use either “on account of” or “for my benefit”]

47 And now, verily I say unto Joseph Smith, Jun.—You have not kept the commandments, and must needs stand rebuked before the Lord;

48 Your family must needs repent and forsake some things, and give more earnest heed unto your sayings, or be removed out of their place. Emphasis added

9 For in that day, for my sake shall the Father work a work, which shall be a great and a marvelous work among them; and there shall be among them those who will not believe it, although a man shall declare it unto them.

This last verse looks like it is meant to say that God will bless the Church for the “benefit” of His Son, the Christ.

What have I learned from this exercise? I have learned that the meaning of individual words can make a big difference in our understanding of doctrine. I have learned that we can’t expect or assume that if the Lord and his servants used a word in one fashion thousands of years ago, that the modern-day servants will use it in the same exact way. We need to learn to tell the difference in the possible meanings of the words or passages of scripture.

Just this one little phrase, “for my sake,” is used differently in the Old Testament than it is used in the New Testament, which is different from how it is often used in modern scripture. This reminds us that meaning is a fluid thing. It changes over time and culture. As we study the New Testament this year, we will have many opportunities to read manners of speaking that are foreign to our modern ears. This is a great opportunity to study the phrases and words used by the apostles and writers of the New Testament to see what still holds true today.