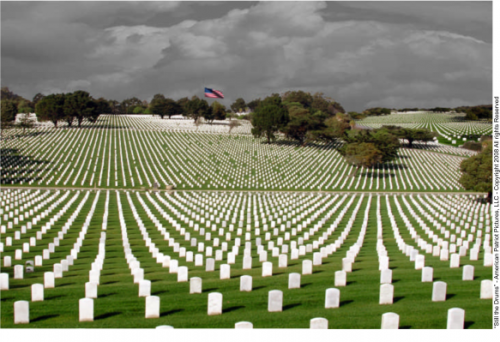 Of the two universal fears (death and taxes), I would say death wins, hands down. We can evade paying taxes, but we can’t avoid death. How should I feel about death? Death is like birth; it comes to all. Like most things having to do with God, there are rules and patterns we can apply to death, just like we apply to various parts of life.

There is more than one kind of death. Spiritual death is defined as our separation from God. Physical death is the separation of our spirits from our physical bodies. Just as birth is the celebration of the union of a spirit and a physical body, death is the mourning of the loss of our body at the time we leave this world to move on to the next. We have actually done this before, though not in the same way.

We started out as an Intelligence. We don’t know exactly what the properties of Intelligences are, but God took us from that state of being and clothed us in spirit bodies, making Him our Father. It was God who gave us our human form. We have always existed, but as far as I know, we did not have a human form until we were given spirit bodies by God, our Father.

We grew in His presence until we were mature enough to move onto the next phase of our progression, receiving a mortal body. Mortal bodies are meant to be temporary. They are an intermediate step between our life as a spirit and our final eternal state as a resurrected being. What makes the mortal body so important is what happens during the time that we have one.

Having a mortal body enables us to feel and experience things that only Gods can feel and experience. This includes procreation, eternal marriage, and the creation of family, eternal offspring. At no other point in our existence have these things been possible, until mortality. If we are true and faithful to these temporary blessings then we will have earned the right to keep them for all the eternities to come. This is what makes our short stay in mortality so critically important, it is our final test before we are assigned the type of body we will spend the rest of eternity with. We will not be able to upgrade to a better model of body later. What we become through our obedience to God’s commandments will determine the quality of body we receive in the hereafter.

Since mortality is temporary, we have to have a way to go back home to God. As birth is the union of spirit and body to create a living soul, so death is the separation of the soul back into its component parts, a body and a spirit. The good news is that this too is temporary. We will only be separated from our bodies for a short period of time before we are resurrected. To be resurrected is to have our body and spirit joined permanently in the type of body we will enjoy for the rest of eternity. There are three main categories of bodies. There are Telestial bodies, Terrestrial bodies, and Celestial bodies. Our level of obedience to God’s commandments in mortality determines which of these kind of bodies we will be resurrected with.

Since this mortal life is so critically important to the rest of our existence in the eternities, cutting off someone else’s time here, and depriving them the opportunity to repent is considered the second worst sin, next to denying the Holy Ghost. Premeditated murder is about as bad as you can get. King David, in the Old Testament, committed two of the top three sins, murder and adultery, and lost his right to enter the Celestial kingdom.

Murder is acceptable to God under very limited circumstances.
1.  We are allowed to kill a person who has deliberately killed another person – capital punishment, but even this is only done under the laws of the land.
2.  We are allowed to defend our families from attack, even if that means killing the aggressor, but they must be the aggressor.
3.  We are not held accountable for lives we take out of necessity in times of war. The people who started and maintain the war will answer for those crimes.
4.  We can kill another human being if the Lord commands that we do so. I will talk about this in just a second.
These are the main four instances in which the Lord will not hold us personally accountable for killing another person. If you can document any other instances please do so in the comments below. I would love to hear them.

Let’s address number four above. Sometimes the Lord punishes the wicked by removing them from mortality. This only happens when they have been given ample opportunities to repent, but have refused to do so. This happened at the time of the great flood, and it happened at the time that Israel came out of Egypt and needed to claim the lands God promised them. The scriptures specifically state that the people they were killing were idolatrous and wicked people, ripe for destruction. The Israelites were told that they were not even allowed to spare the children. If they were to spare even a child, that child would grow up and corrupt them as a people. They were to wipe the slate clean, so to speak. When people reach a certain level of evil behavior, they can no longer be saved, and the Lord brings them home through the medium of death. This is also what happened to Nephi when Laban tried to prevent him from obtaining the plates that would save the whole Nephite people. The Lord told Nephi that it was better that one man perish than that a whole nation dwindle in unbelief. But note that it was God’s call to kill Laban, not Nephi’s.

Remember that God sees us as the eternal beings we are. It is we who see ourselves in mortality with only a short 80 or so years to live. Think of it like a parent who is sending the children outside to play. They are given rules to live by so everyone is safe, the door to the backyard is opened, and everyone sent outside to play. From the house the parent can see what is going on among the children. The children are unaware of this, but their every move is watched. When some children get so out of control that they start sending children back indoors, the parent may call the offending child back in as well. The parent does not see any difference between the child in the house and the child outside the house. Just so, God does not see us as temporary beings just because we live in temporary circumstances. He sees us for who we really are, eternal beings.

When God needs to call us home, the only way back to Him is through the separation of the body and the spirit. While this is lamentable, it too is only temporary. God knows that no lasting damage has been done by this change, and soon the resurrection will remedy the separation once and for all. Once we are resurrected our body and spirit will be permanently fused into one being, never to be separated again. This is the wonderful free gift that Christ offered us as part of His Atoning Sacrifice.

Our greatest challenge about how we should feel about death is learning to see life as an eternal and ongoing state of being, not something that only exists here in mortality. Death is not pretty, and there is usually suffering involved, but think about what a huge change is taking place to sever that bond between the body and the spirit that animates the body. We find sorrow in the temporary loss of loved ones, but it is only temporary. Think eternally here. That is difficult to do when someone we love has left us alone. Those are times when we have to exercise faith in God that we are not really alone. Those are times when we must seek comfort from our Father in Heaven through His Son, Jesus Christ.

When we are able to realize that our loved one’s mortal experience is over, and that the next step is a brief period of rest for them before they receive their eternal reward, we can find a measure of peace. We can experience gratitude that they have finished their greatest test and have moved on to the next step in their progression. Hopefully they have moved on having finished nobly. If not, we must pray that during their short time away from their body they will find it in their heart to begin the repentance process through the missionary work that is taking place on the other side of the veil.

Death is not the winner. Christ has overcome that awful monster which threatened to keep us separated from God for the rest of eternity. Through Christ’s atonement we are guaranteed to receive our bodies again, to be brought before the judgment bar of God and given the reward we have earned through obedience to His commandments. Death is but the doorway from here to there. It is the end only to our time in mortality, and nothing more. Death need have no sting, since Christ overcame its eternal effects on us. Death is now just the stepping stone from here to there, from our final test to our final reward.

a PDF copy of this article