The Fear of Being a Zion People

The Fear of Being a Zion People 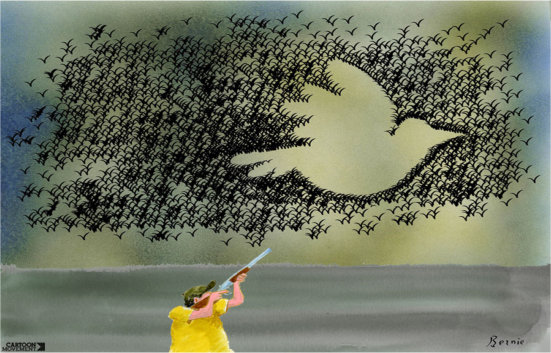 If you have been in the Church for very long you have, no doubt, heard references to becoming a Zion people. That sounds like a grand and lofty goal, but when someone defines being a Zion people as being of “one heart and one mind” we tend to go numb and wander aimlessly around the room. There is something about being told to become one with each other that conjures images of cyborgs who all take orders and perform their duties in mindless fashion. We are such an individualistic society that these images cause fear and an aversion to the topic.

This makes me wonder if we really understand what it means to be “one” with each other. The Savior constantly told his disciples that he wanted them to be one as he and his father were one. Unfortunately, the Christian world today has taken that to the extreme and teach that they literally are one and the same entity. This doesn’t help us in the least. Elder Edward Dube of the Seventy gave a talk in the October, 2013 General Conference about looking forward. He made some good points in the course of the talk that can help us understand what it means to be of one heart and one mind. There is a link to his talk at the bottom of this article.

President Boyd K. Packer, President of the Quorum of the Twelve Apostles, once attended an ox pulling contest, where he drew out an analogy. He said of the experience: “A wooden sledge was weighted with cement blocks: ten thousand pounds [4,535 kg]—five tons. … The object was for the oxen to move the sledge three feet [91 cm]. … I noticed a well-matched pair of very large, brindled, blue-gray animals … [the] big blue oxen of seasons past.”

In speaking about the result of the contest, he said: “Teams were eliminated one by one. … The big blue oxen didn’t even place! A small, nondescript pair of animals, not very well matched for size, moved the sledge all three times.”

He was then given an explanation to the surprising outcome: “The big blues were larger and stronger and better matched for size than the other team. But the little oxen had better teamwork and coordination. They hit the yoke together. Both animals jerked forward at exactly the same time and the force moved the load” (“Equally Yoked Together,” address delivered at regional representatives’ seminar, Apr. 3, 1975; in Teaching Seminary: Preservice Readings [2004], 30). 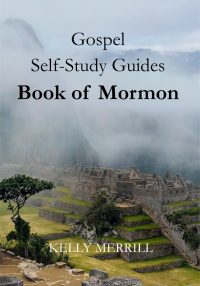 Click the image to learn more about this self-study guide.

Note what he said about the mismatched pair of oxen. They “had better teamwork and coordination. They hit the yoke together. Both animals jerked forward at exactly the same time and the force moved the load.” Do you think they were being mind controlled? Do you think it was even possible to strip them of their personalities in order to make them work together? Of course not! The secret to their success was that they were willing to submit to the task at hand and when their master said, “Pull!” they pulled with all their might, working in tandem with each other to get the job done. Sounds a lot like what the Savior and our Father in Heaven do. Our Father tells the Son what needs to be done, and both of them put their backs into it to get the job done, cooperating, supporting, and working for each other and with each other to accomplish what needs to be done.

This is what it means to become “one” with each other. We don’t start thinking the same thoughts, as though our personalities have vanished. What we learn to do is to submit to the Lord’s will and work in cooperation with each other to get the Lord’s work done. So how is this done on an individual basis? How can I become a Zion-like person living in a very non-Zion world? Here are a few ideas.

How to become a Zion person

In the Church we have a function called sustaining that takes place when someone receives a calling. Before they start the calling their name receives a sustaining vote in sacrament meeting. This is our opportunity to raise our hand and publicly commit to support the Bishop in the calling he has extended to this individual. When we raise our hand and commit to sustain this person in their calling we promise that we will do all in our power to help them be successful in their new calling. Theoretically we are becoming one as we all raise our hands to commit to the support of the individual and the priesthood leader who called him/her to the position. If we truly follow through on this commitment then aren’t we acting with one heart and one mind? That’s not so threatening is it? I have an article on sustaining each other you can read here.

When we are called to be in a supporting role or in a leadership position in the ward, whether it is in the Bishopric or Primary or in Young Women, it doesn’t matter. How do we approach our calling? Are we, as a presidency pulling together, supporting each other without murmuring or complaining? Do we support the Bishopric even when the person we wanted called to this position got called elsewhere? Do we feel jealousy that another organization gets a bigger budget this year than we did, when it seems so obvious how badly we need the funds? Are we resentful when brother or sister So-And-So tries to tell us how to perform our calling or tells us what we should be doing? How we handle these things says a lot about how much of a Zion heart we have personally developed.

How anxiously do we support the ward parties, work assignments, leadership meetings, chapel cleanings, etc? Are we doing our assigned ministering in a timely and loving manner? Are we reporting our efforts and the needs of the families we minister to to our leaders so the families are truly watched over by those who love them? When our leaders tell us they need us at a certain location on a certain day at a certain time, are we there or are we making excuses for staying away because we don’t really want to have to go?

The Lord has not asked us to give up who we are. He has not demanded that we stop thinking for ourselves. To be a Zion people only means that we are all willing to do all that we can to work for the common good of each other. It means we are willing to be there for each other in times of plenty and in times of hardship. It means we stop making excuses, stop complaining, stop looking back at what offenses took place in the past, and start focusing on forgiveness of each other, start exercising more tolerance for each other, and showing respect for each other. When we can do that, then we will stand approved in the eyes of the Lord. It is then that we will have become a people of one heart and one mind, filled with love and devotion for our brothers and sisters, flaws and all.

Edward Dube
Of The Seventy
http://www.lds.org/general-conference/2013/10/look-ahead-and-believe?lang=eng 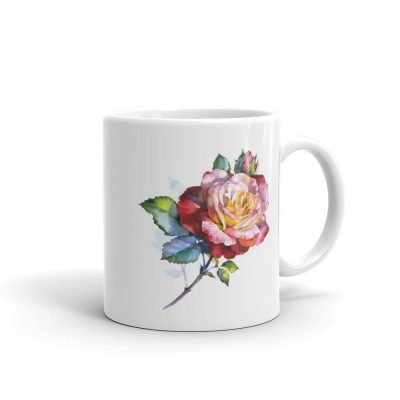 Click the picture to learn more about this mug.