D&C Lesson 39 – Hearts of the Children

D&C Lesson 39 – Hearts of the Children 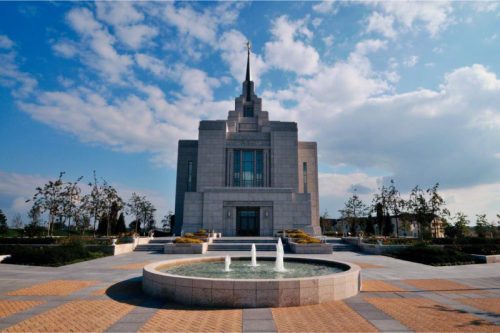 The desires of our hearts is what this lesson is all about. We have been reserved to come to earth at a special time in history. We have greater opportunities and privileges than any generation to ever live. And where much is given, much is required. How do the temples of our day fit in with the overall gospel plan? What part does doing temple work play in our personal salvation?

Temples in the Plan

Have you ever wondered why our temples seem to be different than those used by God’s people in ancient times? Every temple, of which we have record, was built to primarily perform Aaronic priesthood ordinances. This is true of every temple from the time of the first recorded account of a temple, the temple of Solomon, down to the Book of Mormon temples.
According to a video clip from the lesson, Elder Russell M. Nelson states that every one of the ancient temples wherein ordinances were performed, the ordinances were done “for the living only.” Any work for the dead had to wait until the atonement had taken place, which didn’t happen until the end of Christ’s ministry on earth.
This means that the only ones from the days of Adam to the days of Christ’s ministry who could receive the saving ordinances were those who were alive at the time, and who happened to hold the Melchizedek priesthood. Relative to the population of the earth during this time span, this was only a select few.
Only the temples in the last dispensation of time offer all the saving ordinances for both the living and the dead. And that is a very unique thing in and of itself.

Before the world was created, in the grand councils of our God, the entire family was promised that everyone would have the opportunity to hear and accept the message and covenants of the gospel before the day of their resurrection. No one would be left out. The plan for our salvation guaranteed that. We can all have complete confidence that our Father in Heaven’s love for all of His children will make sure they are not cheated or denied any blessings for which they might qualify for through obedience to His commandments.
Even though most of those passing through mortality would/will never hear the gospel message, the Lord has made provisions for them to still have the opportunities He has promised to them. He restated these promises to all of the ancient prophets, telling them that their descendents who would live and die without hearing the gospel would one day have the message of salvation preached to them, and would each be able to be redeemed if they accepted the message they were taught.
In about 900 B.C.E. the prophet Elijah was born. Our Father in Heaven gave him the responsibility to possess the keys to the sealing power in his day. Because of the wickedness of the people he was not able to pass those keys on to his successor, Elisha. When Elijah was translated he took those keys with him.
When Christ took Peter, James, and John to the Mount of Transfiguration Elijah appeared to them and gave them the sealing power. During their ministry they had that power, but when the gospel was taken from the earth through disobedience to the commandments and ordinances they had been given, the people lost the sealing power once again.
For almost 900 years, from the translation of Elijah to the ministry of Christ, there was no sealing power in Israel. The saints had it for 30+ years only to lose it again because of unrighteousness. It was then 1800 years before the Lord restored His gospel to the earth again and Elijah appeared to Joseph Smith and committed the keys of the sealing power to him. The promise of the Lord to his prophets was that once it was committed to the earth in the last dispensation, it would never again be taken from the earth.
With that said, a whole new program of sealing could begin, primarily because it was promised by the Lord to become a permanent part of the lives of His people. With that addition to our lives, the Lord also requires that we become joint laborers in the work of salvation for all of God’s children.

It is the work of the Melchizedek priesthood to bring the saving/exalting ordinances to God’s children. The Melchizedek priesthood holds the power of godliness. The power to become gods is within its ordinances. This is the power of the gift of the Holy Ghost. With the teachings and promptings of the Holy Ghost, when we make the covenants found in the temples of our God, we are led to become more godly in our attitudes and behaviors.
Because we have the highest of the saving and exalting ordinances God offers His children, it is not only our responsibility, but our privilege to offer these same opportunities to our families. After all, isn’t it the work of all gods to offer salvation to everyone around them? This is the work of the Godhead, and it becomes our mission as well.
Our family consists of more than just those currently living. Every one of our predecessors, as well as their relatives, are part of our family. One of the grand purposes of mortality is to link each of us who has been cut off from the presence of the Lord through disobedience back into the family of God by the sealing priesthood power. The sealing power is what makes this possible. Our Father in Heaven promised us that every child would have this sealing link made for them. The only ones who wouldn’t be linked back into the family of God are those who reject Christ’s atonement utterly, and rebel against Him as Satan has.
But most of the family has already passed through mortality and cannot make these covenants in the temple, the designated place for such things. So those who are living must do this for them through the vicarious work performed in the temple.

Is the work done in the temples optional? Can we choose to go once and be done with it, having done our own personal work? Does God hold us responsible for the salvation of those some of us might consider complete strangers? What is our responsibility in God’s eyes concerning the other children in the family of God? President Henry B. Eyring said this in the April, 2005 General Conference:

When someone tells me that he or she is a convert to the Church, I ask, “Has anyone else in your family accepted the gospel?” When the answer is “Yes,” there follows an excited description of the happy miracle in the life of a parent or a brother or sister or a grandparent. There is joy in knowing that someone in his or her family is sharing the blessing and the happiness. When the answer is “No, so far I am the only member,” he or she will almost always speak of parents, saying something like this, “No, not yet. But I am still trying.” And you can tell from the sound in the voice that the convert will never stop trying, not ever.

The Lord knew you would have those feelings when He allowed you to receive the covenants which are blessing your life. He knew you would feel a desire for your family to share the blessings you felt coming into the Church. Even more, He knew how that desire would increase when you came to know the joy of the promises He makes to us in sacred temples. There, for those who qualify, He lets us make covenants with Him. We promise to obey His commandments. And He promises us, if we are faithful, that we may live with Him in glory in families forever in the world to come.

In His loving-kindness, He knew you would have a desire to be bound forever to your parents and their parents. …

… Remember that the names which will be so difficult to find are of real people to whom you owe your existence in this world and whom you will meet again in the spirit world. When you were baptized, your ancestors looked down on you with hope. Perhaps after centuries, they rejoiced to see one of their descendants make a covenant to find them and to offer them freedom. In your reunion, you will see in their eyes either gratitude or terrible disappointment. Their hearts are bound to you. Their hope is in your hands.

God promised the ancient prophets that everyone would receive the opportunities of salvation, but what about our obligation to supply those opportunities? Here is a quote from the lesson by Elder Holland:

Elder Jeffrey R. Holland of the Quorum of the Twelve said, “God made those promises to the ancient patriarchs—Adam, Noah, Abraham, Isaac, Jacob, and so forth—and we undoubtedly made them to our own lineal fathers and mothers, those who came to earth before the gospel was restored but whom we promised to provide its saving ordinances” (Christ and the New Covenant [1997], 297).

We tend to think that salvation is offered to us by Christ, and that is the end of it. But the reality of it is that Christ calls upon each of us who have had salvation offered to us to in turn help Him offer it to the rest of God’s children. It is our covenant responsibility to stand for Christ in all places, at all times, and to represent Him in all things.
This includes participating in the work of saving God’s children of all races and nations in the temples of our God. It is more than just an opportunity or an obligation. Our very salvation depends on our willingness to perform this sacred work for others. For we have been told that our personal salvation is tied up in their salvation. They without us cannot be saved, and we without them cannot be saved. What else is it going to take to light a fire under us to do more for the salvation of our dead?
Kelly Merrill2018-08-07T21:42:40-06:00Doctrine & Information, Free Lessons & Materials, Ministering|0 Comments