The Church Has Two Hearts

The Church Has Two Hearts 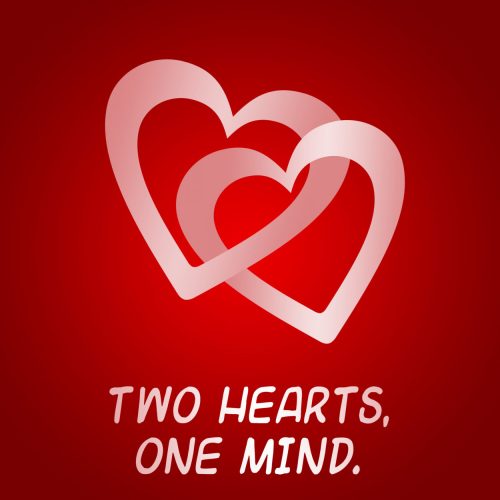 (Labeled for reuse on www.publicdomainpictures.net)

Every body has a heart, and our church has two bodies and two hearts. As children we begin in the body of the church, but the first time we are given a position of leadership we also become part of the body we call church administration or church government. Did you know the Church has its own, well defined, form of government? Just as everyone who participates in church government also participates in the body of the church, so too do the hearts of these parts of the Church help to keep the whole kingdom healthy.

I have a friend whom I’ve never met in person. He lives in Africa and we have been corresponding for many years. We started before his mission, continued through his two years of service, and now he is newly married and has just been called into a bishopric. As a young man in his mid twenties, being made a high priest will change the course of his entire life. He has now moved from the body of fellowship in the Church into the body of administration in the Church.

The blessings of the body of fellowship

Every member who gets baptized enters into and becomes a member of the main body of Christ. This is the body of fellowship. We support one another, teach, and pray for one another. This body is characterized by the thoughtful and loving actions of neighbors and friends.

Callings in the body of fellowship include all the Primary workers, Relief Society teachers, the teachers in the Young Women’s and Young Men’s organization, the Sunday School teachers, and all those callings in the ward that encompass everything from missionary work to cleaning the chapel.

In the body of fellowship there are no callings more important than another calling. The Church simply cannot operate unless all the callings are of equal weight. Some of the callings people are most afraid of, like Nursery worker, greatly contribute to the success of the Church. It is in these settings where children are receiving their first impressions of what life will be like for the rest of their lives when they go to church. The songs they learn in Primary will stick with them for decades to come. Even if they leave the Church for a while, the Primary songs help to call them back, because people just don’t forget Primary songs.

Home/Visiting teaching are the hallmarks of this body in the Church. This responsibility demonstrates the commitment and testimony of those who do the visiting. Faithful visiting teachers and home teachers demonstrate the love of God and the unity that is supposed to exist in the Lord’s kingdom. At some point in our growth in the gospel, our love of God will translate into service to our fellow man. Those who haven’t yet gained a testimony of the importance of these visits aren’t bad people, they just haven’t yet caught the vision of how important these visits are in helping us fulfill and keep the second greatest commandment, to love our neighbors as ourselves.

The body of administration

The women of the Church who have been called to leadership positions carry out their responsibilities under the direction of those who hold the keys (rights of administration) locally in the priesthood. For example, the Relief Society presidency carries out their duties under the direction of the Bishop of the ward, because he holds the keys or rights of administration for the Relief Society to operate as an auxiliary organization in the ward. The same goes for the Primary, and Young Women’s organizations. The Sunday School seems to be the only organization that straddles both bodies. It is run by the priesthood, but there are no priesthood keys involved in its administration. They also operate under the keys of the Bishop.

Priesthood government has a hierarchy, just like any government. In the Stake, the Stake President holds the keys needed to operate the whole stake, including the ability to call and release Bishops and Patriarchs (though Patriarchs are called, but never released).

On the local level the Bishop holds the rights of administration (keys) over the Aaronic priesthood. But since he is also acting as the “father” of the ward, he is in charge of all the activities and programs that operate within his ward boundaries, even those including temple recommend holders.

The term “ward” comes from a geographical division in a city called a ward. Hence each Church ward has geographical boundaries and those living within those boundaries are expected to attend the meetings for that ward. Branches of the Church where there are very few members in an area work the same way. It is all part of keeping order and organization within the overall Church structure. Stakes and Missions also have geographical boundaries.

Even though the priesthood governs the functioning of the church as an organization, setting up boundaries, programs, issuing callings and releases, etc., it also operates just like the body of fellowship.

When we go to Church on Sunday we see both bodies in action. The saints gather together to fellowship one with another and to teach each other. At the same time, the priesthood has called people to pray at the meetings, play and conduct the hymns, and give talks. Announcements are made by those conducting and presiding over the meetings, but those who are talking or bearing testimony come from the body of fellowship among the saints.

A question you might ask is “Does the priesthood function or operate under different rules than the body of fellowship?” The answer is “No.” Just as we are commanded by the Savior to love one another and pray for one another in the body of the fellowship, so too are those keeping the organization of the Lord’s kingdom running commanded to operate and conduct all their “business” according to the laws of love found in the scriptures.

That is why we no longer refer to disciplinary councils as church courts. The latter phrase gave the wrong impression. A court is only concerned with justice, whereas a council in the church should be based on love and mercy. When one of the members of the Church has strayed and needs some help and discipline from the government of God’s Church to repent so they can be fully reinstated into the body of the fellowship of Christ, that council must be one that is governed by the love of God.

Even though we have two bodies within the Church, each with their own purpose, their hearts, their ultimate goals, are the same, the perfecting of the saints with the love of God. You might say the two hearts beat as one.

The priesthood governs and organizes the saints, but it is the body of the saints who create life in the organization of the Church. It is through the service we each perform, and the ways we seek to bless the lives of those around us that the kingdom of God is able to move forward. Whether that love is shown through the organization of the priesthood responsibilities or from the spontaneous outpouring of kindness from the individual saints, the heart of the Church of God that keeps the blood flowing far and wide is the love we demonstrate for one another.