Christ as Revealed to Himself

Christ as Revealed to Himself 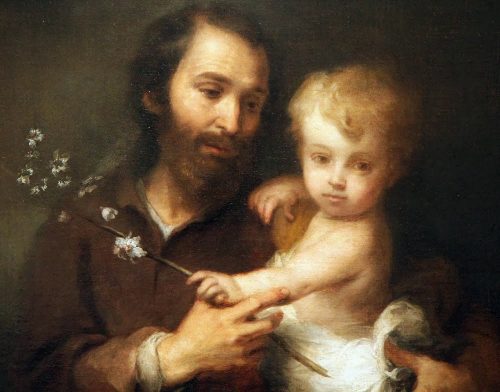 While preparing for an upcoming April General Conference of the Church, I got thinking along the lines of Easter and the Savior. Every General Conference focuses on our Lord, but the April Conference focuses more heavily on Christ’s sacred mission as our Redeemer and Savior. It is comforting to listen to and feel the power behind the testimonies of the apostles and the prophet as they share their personal witnesses of Jesus Christ as our living God.

I will not go through the mental process I experienced as I finally settled on my topic here, but the final outcome of my thinking was a comparison of my early experience to His earthly experience. Of course there are plenty of differences between what any of us will experience and what Jesus had to experience, his was a most unique calling and need. But there were plenty of parts that we share just because of the demands of mortality.

One of the great challenges of mortality for every human is the veil of forgetfulness that is placed over our minds as we enter earth life. We no longer have any memory of our Father in Heaven, our heavenly home, our relationship to each person around us, the reason we are here, any of it. We have to learn all of our backstory as children of God through faith and personal efforts. I have been told the veil between this world and the next world is thin. I wonder if it is equally thin between this world and the previous one. Alas, I may never find out in this life. I will probably have to wait until the veil is lifted from my mind at some undefined point in the future.

Being better than everyone else

Here is a challenge very few of us ever have to really deal with. We often like to believe that we are better than our neighbor, better looking, better behaved, smarter, physically stronger or more agile, we sing better, we paint better, etc. As I say, we like to flatter ourselves that we are more gifted than our neighbor, but Christ really was. We have probably all seen the difficulty someone has when they are truly gifted in an area, and they have to learn humility. Some few learn to master humility despite their apparent greatness in a given area, but in most cases, we see people get puffed up with arrogance because of their ease and accomplishments in an area of life.

As a parent I can remember having to tell my child that I could no longer help them with their math, because I just could not figure it out. I could blame it on the New Math, but the fact is, I just could not remember how to do it. In the Joseph Smith Translation of Matthew, chapter three, we read these verses (Matthew 3:24-26)

24 And it came to pass that Jesus grew up with his brethren, and waxed strong, and waited upon the Lord for the time of his ministry to come.
25 And he served under his father, and he spake not as other men, neither could he be taught; for he needed not that any man should teach him.
26 And after many years, the hour of his ministry drew nigh.

Here is one more verse for you before I make my comments. This is from the Pearl of Great Price, from Abraham 3:19.

Abraham was in the middle of an instructional lesson from Christ. He was being shown how the heavens, the universe is organized. Wherever there are two of the same thing, one will always be greater than the other, whether it be stars, planets, or people. After many verses of showing example after example to Abraham, he punctuates his point by referencing the children of God and says that he, Christ, is more intelligent than they all. Now whether that means he is smarter than any one of them or more intelligent than all of them combined, he does not say. Either way, we get the picture – Christ is the greatest among all the children of God.

Now imagine how difficult it must have been for the Joseph and Mary family. They had the most precocious child in existence. He learned faster and more extensively than anyone else, he was more faithful, more obedient, more of everything. Fortunately, he was also more tolerant and humble than anyone else. But even being humble, could not mask his overwhelming superior intellect and his spiritual power. President Joseph Fielding Smith states:

Our Savior was a God before he was born into this world, and he brought with him that same status when he came here. He was as much a God when he was born into the world as he was before. But as far as this life is concerned it appears that he had to start just as all other children do and gain his knowledge line upon line. Luke says he “increased in wisdom and stature, and in favour with God and man.” [Luke 2:52.] John records that “he received not of the fulness at the first,” but had to progress “from grace to grace, until he received a fulness.” [D&C 93:13.] …

What an overwhelming challenge for our fledgling parents. Jesus was their first born. Their subsequent children were all normal children, (wow, that would either be a let down or a relief) but their oldest was a God among men, literally. Yet, he had to learn who he was and what his capabilities were, just like we do, one experience at a time. President Smith goes on to say that Jesus may have learned of his own mission from angelic visitors or from revelations, or some other way, but one thing is for certain, and that is that by the time he was twelve he had been in communication with his Father in Heaven enough to know what his Father’s business was, and that it was his responsibility to do likewise.

Even with all that knowledge at the age of twelve, he had to wait until the age of thirty before he could start his ministry. During this time he had to attend synagogue each Sabbath, learn the carpentry trade and earn a living with his father, and be subjected to those who were clearly inferior in capacity to himself. But remember that Christ’s defining attribute is his love for his brothers and sisters. Us. All of the patience he exhibited during his ministry for the natural follies of mortality were developed during his maturing years. As much as there is for each of us to learn as we grow up, I cannot imagine how much he had to learn and grow as a person so that he was ready to perform the miracles of his ministry, lead a fledgling church, train apostles who did not understand the scope of Christ’s mission yet, and submit to his Father in Heaven in all things as he finished working through his own salvation so he could offer us our salvation.

The example of Christ’s love for us, knowing that we were the cause of his pain and suffering in Gethsemane and on the cross, should bring us pause. The faithfulness to his mission to die on our behalf so we could be granted the opportunity to be cleansed from our sins through obedience to God’s commandments, should bring us a sense of loyalty in return. His dedication to being willing to suffer whatever his Father required that he suffer in order to fulfill his Father’s purposes, should make us grateful. Christ’s example was perfect, complete, in all things. Everything we could ever hope to become in the eternities, he learned how to do it himself, and he learned it in mortality, so we know it can be done eventually by those of us who are a little slower to catch on. But even He did not receive of his Father’s fulness until after his resurrection and return to his Father. It was only then that he came into his own as a God, complete with glory.

This upcoming April Conference is a great time for us to contemplate the life of our Savior, Jesus Christ. We learn line upon line, here a little and there a little. Maybe not “just as Jesus did,” for he learned it much faster than we can, but the process is the same. He had to pray, fast, give his offerings, attend church, and obey his parents. He had to discover for himself what he was capable of. He had to learn to be instructed by God and live by faith. All the essential lessons of mortality were his to have and to learn. He had to learn right from wrong, and how to be accountable to God for his actions. He had to learn how to forgive those who were unkind to him and who ridiculed him because they did not understand who and what he was.

What else do you think Jesus had to learn about himself as he grew up?