BoM Lesson 46 – By Faith All Things Are Fulfilled

BoM Lesson 46 – By Faith All Things Are Fulfilled 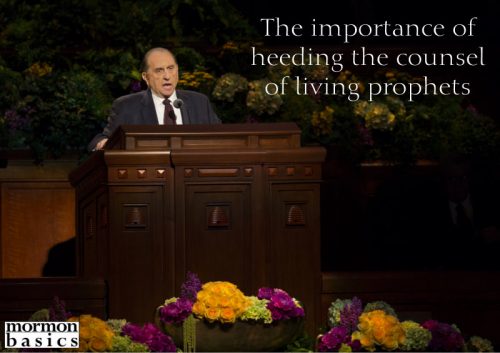 This lesson focuses on this subject: “To help class members understand the importance of exercising faith, being humble, and heeding the counsel of the prophets.” So put your faith in prophets, and be humble. That about sums it up. Now the challenge is to connect in a meaningful way that sentiment with the actual contents of the lesson. Let’s get started!

The problem with faith

When we are first starting out, and we don’t yet understand the principle of faith, the problem with faith is that we are told we have to believe in something for which there is no proof or evidence. For those who don’t understand the universal nature of faith, faith in religious things can be a difficult hurdle to overcome.

First of all, faith can only be exercised successfully in a true principle. I can believe I can fly all I want, but the first time I vault off the nearest building I will very quickly find that my belief will meet a tragic end with the nearest patch of pavement. But if I choose to believe that planting a seed will result in something sprouting, if watered and cared for, I will probably have my faith verified and confirmed by the results of my trust.

Both examples required belief in something. Both examples required action on my part, but only one example resulted in a favorable result. Who says that the planting of a seed is a true principle? The fact that it is something that can be done by anyone, and has been repeated over and over again down through the ages verifies that the principle of planting is based on truth. So far there have been zero successful attempts down through history of anyone believing themselves into a successful flight off a high place.

The Jaredite’s lack of faith

The Jaredites had been listening to prophets for literally thousands of years, yet this generation chose to disbelieve. Why? Because they couldn’t see the proof before they believed. All the evidence of previous generations, the evidence in their scriptures, and the testimonies of their prophets were of no avail. They simple refused to believe in what they couldn’t see. Personally, I think that is a cop out for people who just simply don’t want to have to be obedient. They use the lack of overt proof as an excuse to continue to do what they want. But this kind of person generally won’t obey even when confronted with irrefutable proof. In Ether 12:5 we are told this:

5 And it came to pass that Ether did prophesy great and marvelous things unto the people, which they did not believe, because they saw them not.

The purpose of faith

In Ether 12:4 Moroni tells us about Ether’s preaching of faith to the people, and what faith is supposed to accomplish in our lives. Read this verse then I’ll talk about it afterwards.

4 Wherefore, whoso believeth in God might with surety hope for a better world, yea, even a place at the right hand of God, which hope cometh of faith, maketh an anchor to the souls of men, which would make them sure and steadfast, always abounding in good works, being led to glorify God.

The purpose in believing in God is that it gives us hope for a better world (both now and later, after mortality). This hope that we will land on the right hand of God (that is, be in a favorable state before God in the eternities) is what creates an anchor for our souls. This is a great analogy. It is because of the hope we gain from choosing to believe in God and his commandments that we do good works, glorify God, and stay consistently steady in our good behavior during mortality.

Remember when I said that faith requires belief in a true principle that is repeatable by anyone? Faith also requires that we act on that belief (in the thing that is based on truth). When we choose to believe in the word of God, whether from the scriptures or from the mouth of his prophets, we have to obey those words in order to find out if what they have said is the truth.

The verification of the truth of their words comes from the Spirit of God and the experiences we have in life that confirm our belief. Moroni teaches us in verse 6 the following principle that I have already mentioned:

“… I would show unto the world that faith is things which are hoped for and not seen; wherefore, dispute not because ye see not, for ye receive no witness until after the trial of your faith.”

The important point here is the we DO receive a witness, a confirmation of the exercise of our belief. It just doesn’t come first, it comes after we have acted on what we have chosen to believe. The witness always comes. Always. But it comes in the Lord’s way, and in His own due time, but it always comes.

In verses 7-22 Moroni gives examples of how people have believed in Christ, and then, because of their belief in Christ, God was able to work miracles in their behalf. Each examples illustrates the point that belief has to come first, followed by affirmative action on that belief. The positive action is what produces the miracles. For this reason we are told that there are no miracles where there is no belief.

What can faith do for us?

We are told it is so important for us to exercise faith, but what are we supposed to expect to gain from the exercise of faith? How are we supposed to use it so it benefits us? Besides what I have already mentioned, that believing in Christ leads to the demonstration of miracles and confirmations of our faith, in verse 27 Moroni gives us another good reason to exercise faith in God.

Where do prophets fit in?

So far I’ve hardly said anything about prophets, just about the scriptures and about the principles that make faith work. Where do the scriptures come from? They come from prophets. Prophets wrote the scriptures. Problem is, they are also almost always dead. How often in your lifetime have you seen a current prophet give us canonized scripture?

Does that lessen their usefulness? Does that make them any less of a prophet than a dead one? Is there something magical about a prophet dying that suddenly makes his words more true? The answer is of course not. Prophets are prophets, whether dead or alive, whether writing canonized scripture or just leading the people where the Lord wants them to be. It is God who decides what becomes canonized. There have been far more prophets who led the Lord’s people to live righteously than there are whose words made it into our scriptures. And there are many more who have lived, but we will never even know their names while in mortality.

But all prophets share one key trait. All of them give us the word of God. Listening to any prophet will lead us to salvation, especially the living prophets. We need to listen to the Lord’s servants. This is not an optional activity. We need to listen to the counsel and direction they give us. This means we need to choose to believe them, and act upon their counsel. This is faith.

Faith requires humility. The Jaredites refused to believe in what they couldn’t see because they were too proud to change their behavior. Belief in God and the things of eternity requires the willingness to change our current behavior in favor of something that promises to make us happier or give us a result that we aren’t currently experiencing.

Once we believe in God, the next most useful and reasonable step is to believe in those who deliver to us God’s words, the prophets. When we separate ourselves from the prophets we are only one step away from separating ourselves from God himself. The prophets are a vital part of our spiritual education from the Lord. They are key to our eternal happiness.