BoM Lesson 40 – Then Will I Gather Them In

BoM Lesson 40 – Then Will I Gather Them In 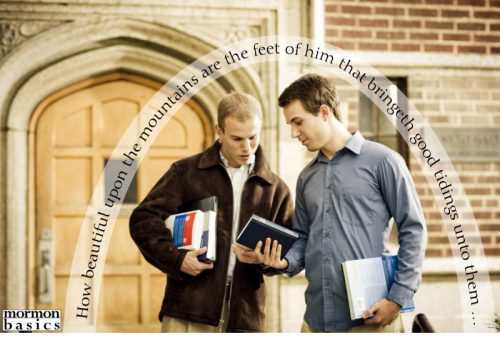 This lesson poses seven questions that can be answered from the reading assignment. I’ll keep it simple and answer these questions as we discuss the story behind the need for a scattering and a gathering to take place. It is important to remember that several of the terms used in regard to the scattering and gathering of Israel are fluid in their definitions, so we need to be flexible in how we interpret their use.

What is the house of Israel?

The grandson of Abraham, Jacob, had his name changed by an angel to Israel. The house of Israel is a fancy way of saying the family of Israel. Since Israel had 12 sons, all of whom had large families themselves, his family is sometimes referred to as the tribes of Israel.

The Lord renewed the covenants he made with Abraham with Abraham’s posterity. The priesthood line went through Israel and his sons, so when we talk about the covenants God made with the human race in Old Testament times, we are usually talking about those who descended from the line of Jacob (Israel). The Lord covenanted with them to bless them, protect them, and teach them if they would just obey his commandments. As long as they were obedient they prospered. It was only when they rejected the Lord and his covenants that they were cursed by the Lord.

Why was Israel scattered?

The children or house of Israel were scattered among the nations of the earth and stripped of their identity as a people. The Lord did this as promised because they rejected him as their God. They turned to gods of stone and wood instead. When the Lord sent prophets to teach them and warn them of what was to come they killed the prophets or cast them out of their cities.

The kingdom of Israel was contentious. They split into two kingdoms, the northern kingdom had 10 tribes, and the southern kingdom had two (Judah and Dan). The Assyrians carried off the entire northern kingdom and they disappeared from historical record. Currently, no one knows where they are. That left the Jews, which included the people of the tribe of Dan, around the city of Jerusalem. The Babylonians carried them off and destroyed their city, but generations later they were allowed to return. They were in Jerusalem until they ticked off the Romans and the Romans finished scattering the Jews by destroying their city and temple, and shipping the Jews off to distant points in the Roman empire.

The Lord told the house of Israel that if they rejected him they would become a hiss and a byword to all people. In other words, everyone would hate them and drive them from place to place. This is exactly what happened to the Jews for the next two thousand years.

For almost two millennia there was no existing house or family of Israel. They had been scattered among all the peoples of the earth or had dwindled in unbelief to the point they no longer had any of the blessings of the priesthood. In the Americas, the remnants of the Nephites/Lamanites had become, in many respects, savage. All the refining influences of the Holy Ghost had been removed from their lives by their rejection of the Lord as their God.

Who are the Gentiles?

The word gentile is fluid in its definition and its use. To the Jews a gentile was someone who was not a Jew. Gentiles were also those not of the family of Israel. The Lord often uses the word gentile to refer to those who are without covenants. The Nephites/Lamanites are genetically from the house of Israel, but once they rejected the covenants of the Lord they became like the gentiles who never had the covenants. Joseph Smith, though born outside the covenants with the Lord, and born in a gentile nation, was a direct descendant of Jacob. So you see, the word gentile refers more to one who stands outside of the covenant relationship with the Lord more than it refers to whether or not someone is literally a descendant of Jacob (Israel). But the term gentile is used to refer to all three of these categories of people.

What do the Gentiles have to do with the scattering and gathering of Israel?

The Lord promised to use the Gentiles in a couple of ways. First off, the children of Israel were told that if they rejected God’s covenants with them that he would use the gentiles to scatter them and afflict them. Specifically in the Americas the Nephites were told that if they rejected the Lord and refused to follow him their posterity would be trampled under the feet of the gentiles until there were very few of them left. This is what happened to the natives living in the Americas when the Europeans arrived. As much as 90% of the people died either at the hands of the Europeans or from the introduction of European diseases.

With the introduction of the gospel of Christ through Joseph Smith, the restoration heralded the beginning of the long awaited gathering of Israel’s family from the four quarters of the earth. This gathering is the responsibility of the gentiles who are adopted into the family of Abraham upon baptism. This fulfills the prophecies that the first would be last and the last would be first. The family of Jacob was given the gospel first, but they rejected it, so the Lord gave the gospel to the gentile nations, whose responsibility it is to seek out the family of Abraham whose forefathers rejected the gospel.

What is the gathering of Israel?

There are two main types of gathering. When the restoration of the gospel occurred, the gathering was as much physical as it was spiritual. The Church needed a core mass in one place just to survive. As people joined the Church they were told to gather to one central location. Once there were enough in the core of the Church, people were then told to stay where they were and build up the Lord’s kingdom in their home country.

What sign has been given to show that the latter-day gathering of Israel has begun?

The Lord gave two main signs that the gathering had commenced. The first was the coming of the Book of Mormon. The Second was the preaching of the gospel by the gentiles. In this case, those doing the preaching are no longer technically gentiles, but have come from gentile nations.

As members of the Church, what are our responsibilities in the gathering of Israel?

Everything in the plan of salvation centers around families. The covenants made with Abraham were all about his family, his posterity. Upon baptism, if we are not already a descendant of Abraham through blood, we are adopted into his family and become blood of his blood. The mission of the Church, no matter what form it takes, it to invite all to come unto Christ. This is what the gathering is all about, getting the covenant people of the Lord to come back into his fold and turn to the Savior so he can save them and exalt them.

The responsibility of every member of the Lord’s church is to seek out and declare His gospel message to those around them. Our responsibility as covenant makers with the Lord is to bring His covenants to the rest of His children. We do this through all forms of missionary work, which includes helping the poor and the needy and doing family history research so we can get the names to the temple.

I haven’t included any of the scriptural references from the lesson in this article. I have confined myself to just the principles behind the scattering and gathering of Israel. Read the lesson and you will see what I have written here in abundance throughout the verses you read in 3 Nephi.