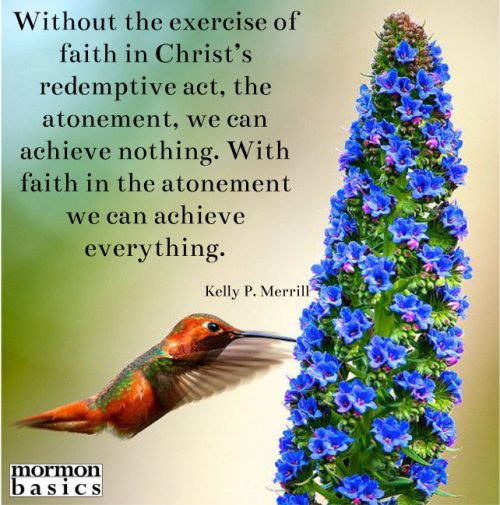 The change of heart that is at the core of this week’s lesson is discussed in greater detail in an article published May 31, 2016 in ldsblogs.com. It is entitled Alma’s Salvation Reality Check. This will help you in your study of Alma 5. The Church also has a great video about the subject of the change of heart. You can watch it below- Can You Imagine?

In Alma 5 the sermon is geared to members of the church who have become wicked. Alma needs to help them see the end game. The day will come for all of us when we will stand before our maker and have to give an accounting of our behavior in mortality. He is trying to get the people of Zarahemla to think about what they will say to the Savior when their turn comes to declare their own state of obedience.

The whole chapter is stressing the need for the change of heart that has to take place in all of us in order to be able to give a good report in the day of accountability. For each of us, that day of judgment has to become a genuine reality, instead of a fictional possibility. To do this Alma employed an old technique used by prophets for millennia, he asked them if they remembered.

When you are trying to help someone regain their misplaced faith, they have often forgotten all the Lord has done for them in the past. It is difficult to muster faith in the here and now if we have nothing on which to base that faith from our past experience. The first thing the prophets reach for is to help people remember the track record of the Lord. Remember how much He has done for you in the past. In the Old Testament we are reminded time and time again to remember the great things God did for Israel in delivering them out of bondage in Egypt. The Lord then led the people through the wilderness for 40 years, feeding them along the way and performing miracles in their behalf on a regular basis. He then led them into the promised land and delivered victory after victory to them as they destroyed the wicked inhabitants of the land God had promised to them.

In the Book of Mormon we are reminded over and over again of these same events, that is until Alma’s and Limhi’s people are brought out of captivity and returned to Zarahemla. After this time the people are told to remember how great the blessings of the Lord in delivering their ancestors out of bondage to the Lamanites when none but God could deliver them. This is how the prophets help the people tap into their dormant faith. Being willing to exercise faith is the first step in achieving a conversion or change of heart, no matter how small that change might be.

Alma works with the members in Zarahemla to bring about their renewed dedication to the pursuit of becoming converted. Conversion, as we know the change of heart, is generally accomplished a little at a time. One key question Alma asks the people is this, “Do ye exercise faith in the redemption of him who created you?” This is the key to starting down the road to conversion. Without the exercise of faith in Christ’s redemptive act, the atonement, we can achieve nothing. With faith in the atonement we can achieve everything.

15 Do ye exercise faith in the redemption of him who created you? Do you look forward with an eye of faith, and view this mortal body raised in immortality, and this corruption raised in incorruption, to stand before God to be judged according to the deeds which have been done in the mortal body?

The next important question is whether we have been stripped of pride. President Ezra Taft Benson wrote a talk for General Conference entitled, Beware of Pride. It was read by the future President Gordon B. Hinckley. Much of chapter 5 talks about the need to rid ourselves of the elements of pride.

The rest of the chapter is spent in trying to instill in the people a sense of urgency to repent. Isn’t that what we all need? It is when we lack a sense of urgency that we become complacent in our obedience and performances. It is when the judgment and resurrection become real and present in our minds and hearts that we begin to place real importance in our daily obedience.

An important note is in order at this point. The Lord commands Alma in chapter 5 that the righteous are to come out from among the wicked and touch not their filthiness. Alma was commanded to blot out the names of those who refused to repent of their pride and wickedness. We refer to this process as excommunication. The Lord commanded the members of His church not to mingle with those who are wicked. This is why the church excommunicates people. Excommunication only happens to the unrepentant soul. For those who have committed sin and are trying to fully repent, excommunication helps them in that process so they can come back into full fellowship with the Saints. But to those who persist in their wickedness, this is the process of blotting out their names from the records of the church to protect the Saints of God. In Alma 6:3 it says:

3 And it also came to pass that whosoever did belong to the church that did not repent of their wickedness and humble themselves before God—I mean those who were lifted up in the pride of their hearts—the same were rejected, and their names were blotted out, that their names were not numbered among those of the righteous.

A change in tone

When Alma leaves the church in Zarahemla and goes over the river Sidon to the members in Gideon, his sermon to them is notably different. He still calls them to repentance, but it is more in the form of continued encouragement to keep doing what they are already doing which is right and good. Instead of preaching of hell fire and damnation, he is able to preach the atonement of Christ and salvation to these members.

In verse 19 of chapter 7 Alma congratulates the people on their faithfulness to the commandments and the state of their testimonies.

Note the difference in tone between Alma’s sermon to those who were wicked members of the church and those who are righteous. Both groups are called to repentance, but in the second group it is a far more loving and tender appeal, with the acknowledgment that they already believe in what was being preached, and that they were already living worthy lives. Read these verses from chapter 7 and feel the gratitude and love emanating from their prophet.

22 And now my beloved brethren, I have said these things unto you that I might awaken you to a sense of your duty to God, that ye may walk blameless before him, that ye may walk after the holy order of God, after which ye have been received.

23 And now I would that ye should be humble, and be submissive and gentle; easy to be entreated; full of patience and long-suffering; being temperate in all things; being diligent in keeping the commandments of God at all times; asking for whatsoever things ye stand in need, both spiritual and temporal; always returning thanks unto God for whatsoever things ye do receive.

24 And see that ye have faith, hope, and charity, and then ye will always abound in good works.

The members in Zarahemla who were disobedient had to have hell fire preached to them, but to those in Gideon who were obedient to the commandments, the prophet was able to preach a completely different sermon.

Think about this idea in terms of what we are given by the Brethren. I went to a meeting once conducted by President Boyd K. Packer. He was conducting by the Spirit, meaning there was no planned agenda. He opened the general stake priesthood meeting up to the brothers to ask any question they wanted to ask. Those he selected to ask questions couldn’t have asked more ridiculous and embarrassing questions. They asked things like, “I have a son-in-law living in Salt Lake City. Do you think you could get him an interview for a security job with the church?” I mean really!

After about five such questions President Packer was visibly upset. The whole assemblage was chastised for their lack of faith, and lack of spiritual preparation. We were told that we were obviously not prepared for what the Lord had wanted him to give us, and after calling the stake to repentance he shut down the meeting. I have often wondered what he might have taught us if we, as a stake had been more righteous and spiritually mature. This is why Alma was able to give the Saints in Gideon such a different sermon than what had to be delivered in Zarahemla. The Lord will give us what we are prepared to receive.