BoM Lesson 14 – For a Wise Purpose

BoM Lesson 14 – For a Wise Purpose 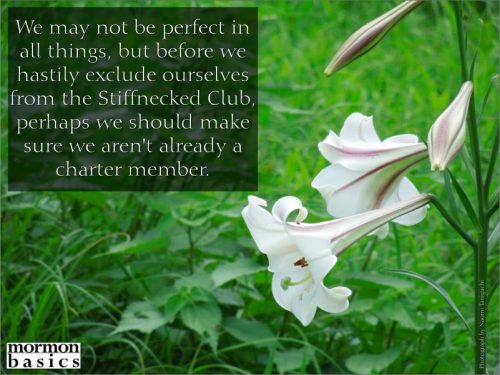 The purpose behind this lesson is to emphasize that all things in mortality are influenced by the foreknowledge of God. We all know that God is smart enough to make planets and govern worlds without number. But do we properly recognize his desire to share that knowledge with his children? Coming to mortality is not a punishment. This is not a place where we live out our banishment from His presence. Our Father in Heaven has great things in store for us, and the place where he keeps that knowledge is in the scriptures he has given us. The scriptures were given to us for a wise purpose.

Scriptures – the pattern for the tapestry of mortality

Too often our lives feel random and vaguely without direction. That is what happens when you don’t know any better. The Lord wants us to understand that He is in control, that he is all powerful, and that he understands our needs, both in mortality and in the eternities, and is prepared to meet those needs.

Before Adam died he gathered his descendants together and told them everything that would happen down to the last generation of mortality. Even back then the Lord made known the future of the earth to his children. Every prophet since then has prophesied of the coming of Christ, the most important thing to happen in all of mortality. They have prophesied of the dealings and promises of God with his children in every generation, and they have all taught that specific things would happen in the last days prior to the Savior’s return to personally rule and reign on the earth.

The knowledge is here. Unfortunately, too often we are not. We choose to be disbelieving, or we are lazy and don’t read our scriptures and the words of the living prophets. The knowledge of our history and our destiny is laid out for us by prophets of all dispensations, if we will but choose to read and study what God has revealed to his children in every age. We need to remember that when it comes to our Father in Heaven, there are no surprises. He has known how each and every child would behave from the first to the last, even before the first was given a body.

This is what gives the scriptures such wonderful consistency. Every prophet gives the same message, just to a different audience. He uses stories familiar to those of his day to teach the lessons, but the message is the same in each generation. God loves his children. Salvation comes through Christ, His Son. Repentance and faith lead to baptism and the gift of the Holy Ghost, through which we will receive personal revelation and learn to behave like God. This is the path to salvation, and it is the same for everyone in every time and every location. The needs for every generation of humanity will be met through the revelations God gives to His prophets.

The books found in our reading assignment this week are great examples of this continuity of information God provides to his children. In Enos we learn of the struggle Enos has to be forgiven of his sins. This is the same struggle we all have to go through. It is a universal experience required of all God’s children. We learn that once his sins are forgiven the nature of his heart changes. His capacity to love expands and his faith increases, as does his ability to receive revelation. Once the Spirit has filled him with righteous desires he pleads with the Lord for the welfare of his people. This is what the Lord wants us all to experience.

Enos received promises from the Lord concerning his own people, which increased his righteous desires and his faith. He now prayed for his enemies, seeking for any path available for their reclamation and salvation. The promises he received from the Lord were the same He had given to all the righteous prophets before him. He promised Enos that a way would be made for the reclamation of the seed of Laman and his wicked brethren. That way is contained in the book we are reading this year, The Book of Mormon.

All the record keeping required of The Book of Mormon prophets was required specifically to fulfill the promises of the Lord to his prophets, and to fulfill the desires of a loving God to save his children, even if that opportunity couldn’t make itself physically known for another two and a half thousand years. The Spirit influenced each prophet to ask for what the Lord was already planning on doing, teaching them to learn to think like God. So prophet after prophet asked the same thing and received the same promise.

Jarom describes the hearts of his people, but he could have been talking about us. He describes his people this way (Jarom 1:3-4).

3 Behold, it is expedient that much should be done among this people, because of the hardness of their hearts, and the deafness of their ears, and the blindness of their minds, and the stiffness of their necks; nevertheless, God is exceedingly merciful unto them, and has not as yet swept them off from the face of the land.

4 And there are many among us who have many revelations, for they are not all stiffnecked. And as many as are not stiffnecked and have faith, have communion with the Holy Spirit, which maketh manifest unto the children of men, according to their faith.

Jarom admits there are many who have revelations and are faithful to the Lord. But his concern is for those who continue to have stiff necks, deaf ears, blind eyes, and hard hearts. How many of us fall into this second category? Do we have our 3 month (let alone a one year) supply of food on hand? Do have a three month supply of money in the bank? Do we live debt free and live within our means? Are we daily having companion and family prayer? What about Family Home Evenings, doing our Home/Visiting teaching faithfully every month? We may not be perfect in these things, but before we hastily exclude ourselves from the Stiffnecked Club, perhaps we should make sure we aren’t already a charter member.

The point here is that the Lord has given us road maps to guide us through mortality. The scriptures show us the way back home. The words of the living prophets teach us how to behave and act so eternal joy can be ours. They also help us understand the written scriptures better.

The final batch of record keepers in this week’s lesson did not contribute a lot to the story, but they did connect the dots between the people of Nephi’s day and the people of Mosiah’s day. This was several hundred years of relative silence, yet the record says a few key points. We are told that when the Nephite’s became wicked the Lord allowed them to be killed until the most wicked had been wiped out by the Lamanites. He had promised this would happen if they rejected Him, and they learned the hard way that the Lord always keeps his promises.

I encourage you to learn to look at the scriptures as THE book, the ONE with ALL the answers. Now of course it doesn’t have all the answers. If it did we would have no need for personal or modern revelation. But we too often sell the scriptures short on their potential for being a guide and a protection in our lives. We need to remember that they have remained constant in their teachings since the days of Adam. They have far more to teach us than we give them credit for. As Jarom said, “have not they revealed the plan of salvation?”