BoM Lesson 10 – He Inviteth All

BoM Lesson 10 – He Inviteth All 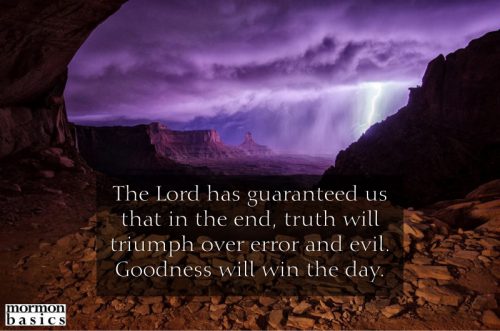 Something that occurs to me over and over again, each time with increasing clarity, is that the world may feel at times like it is spinning out of control, but the Lord has seen the destiny of the earth and each and every inhabitant of it since before the earth was even created. Everything that has and will take place has been taken into consideration by the Lord. He has placed all things in order so as to produce the needed outcome in the end. Each of us has been assigned our time and place in the grand scheme so as to best fit our personal needs, as well as to further the work God has planned for the whole family. He now invites us to come and participate in His great work.

Look at the following excerpt from the manual. Each of these chapters outlines what will happen in the future. These are not maybes, but are certainties. The Restoration of the gospel in the last days is a key element in preparing the earth to receive its master in His second coming. The Lord has guaranteed us that in the end, truth will triumph over error and evil. Goodness will win the day. We can be more certain of that than we can be that the sun will rise tomorrow.

a.  2 Nephi 26. Nephi prophesies of the Savior’s ministry among the Nephites. Nephi also foresees pride and priestcrafts and the eventual destruction of his people.

b.  2 Nephi 27. Nephi testifies of the coming forth of the Book of Mormon as part of the Restoration of the gospel.

d.  2 Nephi 29–30. Nephi teaches about the importance of the Book of Mormon and the blessings that will come to those who receive it.

The prophecies in 2 Nephi were all given more than 500 years before Christ’s birth into mortality. There is not one of those 2,500 year old prophecies that has not already come to pass. We should glory in the accuracy of the prophets of old, and kneel in gratitude that we have living prophets that have just as much accuracy in guiding us today.

There are many wonderful and useful things available to us in the world today. Our library of knowledge of physical things continues to expand at an ever increasing rate. What we need to constantly be aware of, however, is that Satan uses our both our knowledge and our lack of knowledge of the physical world to deceive us and try to lead us away from the spiritual realm.

Some quick examples of how our lack of knowledge has affected us might include the opinions about the foods we eat. At some point some experts decided that eggs were terribly bad for us, pig fat (lard) would kill us, we needed eat certain amounts of meat and dairy in our diet every day in order to be healthy, and only unsaturated fats were good for us. Now, more than 30 years later we are seeing ads stating that lard is actually better for us than what the experts claimed. We now realize that the meat and diary requirements of the four food groups was invented by the diary and meat councils to promote their products, and that saturated fats actually have benefits they didn’t know about before.

The same thing happens in the academic circles. Brilliant minds discovered Pluto, the ninth planet of our solar system, only decades later to have it declared a mini planet and no longer eligible to be our ninth planet. Now they think they have found another ninth planet. It never ends. Each expert declares their current knowledge to be the be-all and end-all in knowledge, only to have that information replaced with something else in a few years.

Satan uses the confusion this causes to his advantage. If he can convince us that the Big Bang proves there couldn’t have been a creation, then he wins a soul. If he can convince someone that because of the lack of physical evidence of the Book of Mormon in Mayan diggings the Church cannot be true then he has won yet another soul. His list of arguments and doubts is impressive. What we need to keep reminding ourselves is that the Lord has designed everything of a spiritual nature to require faith before the truth of it is revealed by the Spirit. As long as the world holds sway we will not have physical evidence of anything of a spiritual nature. Mortality was not designed that way.

A book for our generation

The length of a generation is not just 30 or 40 years, but can also refer to a set of people who live during a certain span of time, like we who live in the latter days. The Book of Mormon is the only book of scriptures we are aware of that was specifically created to support us and get our generation through the trials of the latter days. There are types and shadows, examples of the kinds of things we will have to live through played out during the days the Book of Mormon was being created. They were led astray by Satan. Priestcrafts were rampant, and every kind of anti-Christ walked among the people. They had secret combinations as well, and those combinations destroyed them as a people.

In 2 Nephi 26:8 We are told what characteristics people shared who were spared in the great calamities that came when the Savior died.

8 But behold, the righteous that hearken unto the words of the prophets, and destroy them not, but look forward unto Christ with steadfastness for the signs which are given, notwithstanding all persecution—behold, they are they which shall not perish.

That seems simple enough, just hearken to the words of the prophets, don’t try to kill them, and be steady in looking for the coming of Christ, despite all the persecutions … Wait, persecutions? You mean it won’t be easy? Nope. We are told that (2 Nephi 26:22) Satan will use two main tools to fool the people. He will use their greed for money, power, and popularity to lure them into secret combinations which promise these things through murder and force, and he will use priestcrafts and subtle (unprovable) arguments to lead people away from the truth until they have become his captives.

22 And there are also secret combinations, even as in times of old, according to the combinations of the devil, for he is the founder of all these things; yea, the founder of murder, and works of darkness; yea, and he leadeth them by the neck with a flaxen cord, until he bindeth them with his strong cords forever.

Priestcrafts are seen in people who set themselves up for a light to the world because of either the desire to profit from the popularity or the glory of the popularity they receive. When I was a teenager there was a member of the Quorum of the Seventy who fell into this trap. He was a great speaker and became beloved of all. His stories were dramatic and spectacular, especially his stories of miraculous events that took place during the second world war. Suddenly he disappeared from view and no one ever spoke his name again. Someone was able to prove that he had been embellishing his stories to the point of total fabrication. He claimed he was helping to strengthen people’s testimonies, but that isn’t how the Lord works. It was a slow and gradual fall.

When the scriptures speak of Satan leading us about the neck with a flaxen cord, that refers to the little deceptions we buy into and accept. Once we have left the strict path of truth, Satan can lead us one step at a time, justifying our behavior along the way, until we find ourselves bound with much stronger cords, and we wonder how we arrived at this point. This is just one type of warning the Book of Mormon gives us of how Satan will work to obtain our soul in the latter days.

The Book of Mormon is full of lessons. When Nephi tells us that he delights in likening the scriptures unto his people for their betterment and learning, that same lesson applies to us. As you read these chapters, each time you read a prophecy about what will happen to the people in the future, try to think about how their individual behavior will take them, as a people, in that direction.

Our individual behavior will affect our direction as well. The difference is that those prophets saw the complete destruction of their people. We have been promised that we will not all be destroyed. In fact, the Lord has told us that we will be saved, even if he has to use fire from heaven to do it. But that doesn’t mean it won’t be difficult along the way. All the safeguards we need to be able to stand firm until the Savior comes are found in the Book of Mormon and the other scriptures.

The Lord has promised us the ultimate victory in His great work. The key to still being on the Lord’s side when the victory comes is to stay close to the living prophets and live by every word that proceeds from the mouth of God. The scriptures are true and will always lead us in the right way, but we must make sure that we are using the living prophets to guide us in how we interpret the scripture’s truth. The Spirit will confirm their teachings to our soul and give us peace in these troubled times.