BoM Lesson 01 – The Keystone of Our Religion

BoM Lesson 01 – The Keystone of Our Religion 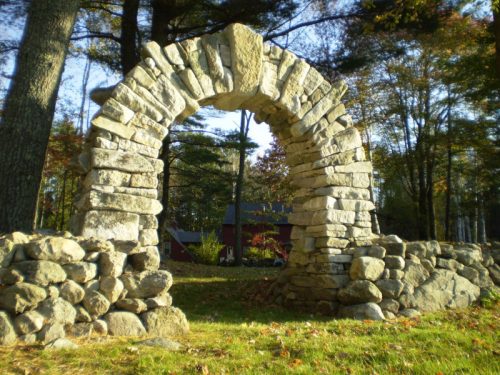 The keystone of our religion is the Book of Mormon. We know that. We have been taught that for as long as we have known anything about the church. But when was the last time you stopped to take a good look at how the Book of Mormon acts as a keystone? I strongly encourage you to read everything in the reading assignment before studying for this lesson. Reading these verses and passages will open your eyes to how divinely inspired this book really is.

The Book of Mormon as a keystone

An arch is built of a left leg the travels upward and arches to the right. It also has a right leg that travels upward and arches to the left. Either leg will fall over if not propped up because it is out of balance. The two legs are top heavy because they lean. By inserting the keystone in between the left and right legs of the arch, the weight of the keystone pushes the two legs in the opposite direction of how they lean, keeping them from falling over. The keystone is the counter weight. And just as the keystone is pushing the two legs apart from each other, the combined pressure from the two legs also keeps the keystone in place. They form a perfectly balanced and complementary set of pieces that are now extremely stable. A well-made keystone arch can stand for centuries, even without cement.

Our testimony – If the Book of Mormon is false then Joseph is not a prophet, and everything we have centered our lives around crumbles to dust around us. We become no different than any other church who has built up their own version of Christianity. Our version is just more elaborate.

The Book of Mormon as a keystone that holds and props up everything the church stands for cannot be over emphasized. Our hopes in the resurrection are based on its truthfulness. Our dreams of immortality and eternal families are built upon the doctrine that comes from the Book of Mormon. Our faith in living prophets and modern revelation stand or fall on the truthfulness of that book. If there was ever a need to know for sure about the truthfulness of something, it would be whether the Book of Mormon is indeed a divinely inspired book. With its truthfulness, Joseph stands as the undisputed prophet of the restoration, the head of the dispensation of the fulness of times, and God truly does still speak to His children in these, the latter days.

Putting it all together

The reading assignment for this lesson is lengthy in that there are many individual verses to look up. If you will make the time to read all the verses listed, especially if you will do it in one sitting, you will begin to catch glimpses of the power of the Book of Mormon that will be difficult to get otherwise. What you will see in the verses for this lesson is that the Lord has been planning on this book for more than a thousand years. I always knew God was patient, but this is an incredible and divine feat by any standard. This book was prepared specifically to preserve and prepare the Saints of God’s church in the final dispensation of time for the wickedness they would face before Christ’s coming.

For more than a thousand years, the Lord carefully instructed the prophets about what they needed to record. Some had no idea what it was going to be used for while others received a promise that what they wrote would be for the benefit and salvation of both the gentiles and their personal posterity in the latter days. When the Nephites were about to be destroyed because of their personal rejection of the truth, the Lord showed his prophet, Mormon our day. Mormon was shown how like his own people we would be, surrounded by blatant evil in every way. Mormon understood all too well the challenges we were facing with corrupt governments and secret combinations that oppressed the poor and sought for power everywhere, even cannibalizing those who were part of their secret combinations.

With all the records of the Nephites at his disposal, Mormon was inspired to select the key stories, sermons, and situations that best portrayed the history of his people, but also paralleled our latter-day situation. Even the chapters on war and the chapters from Isaiah are meant to teach us about not just what happened, but what we will face ourselves in the last days. He included the main teachings of the plan of salvation, the atonement, the doctrine of the resurrection, all of which are scantily taught in the Bible, but necessary to our knowledge of God’s great plan for our eternal happiness.

President Benson said, “The moment you begin a serious study of [the Book of Mormon, you] will find greater power to resist temptation. You will find the power to avoid deception. You will find the power to stay on the strait and narrow path. … When you begin to hunger and thirst after those words, you will find life in greater and greater abundance” (in Conference Report, Oct. 1986, 6; orEnsign, Nov. 1986, 7). Earlier in his talk he mentioned a power that would begin to flow into our lives as we seriously studied the Book of Mormon. This is what he is referring to.

The Book of Mormon is no ordinary book. This book has been handcrafted for our benefit to give us strength beyond what any other source could offer for our trials in the last days. In a day when deception is even deceiving the deceivers, this book helps us discern truth from error. It gives us added ability to resist the subtle and vile temptations of our modern society and gives us greater staying power to keep on the path or righteousness. How can we afford not to take the study of the Book of Mormon seriously, except at our own peril?