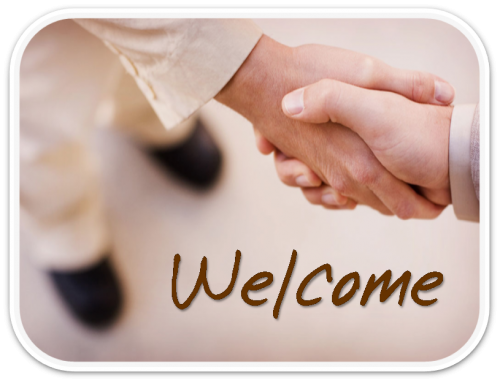 I was raised in a military family. We lived all over the western United States, in the Philippines, and Alaska, but never in Utah. We knew that Zion (the pure in heart) is anywhere there are Latter-day Saints. When I became an adult and had a family of my own I lived in Utah for more than a decade. Life was interesting in many ways. One of the ways I found life to be interesting was the discovery of the culture of the “settled” ward. Converts are rare in settled wards.

Settled wards are composed of lifelong members of the Church who have generally lived in the same ward a good portion of their lives. If they have not been a member of that ward for most of their life, they were a member of the ward their current ward was made from when it was created. Often times their parents were also in the same area for 40 years before that.

Settled wards tend to fall into the lull and rhythm of sameness year in and year out. The same people serve in leadership callings, just taking turns for several decades then passing the roles to their children. Often, the same people teach Gospel Doctrine class for 20 years at a stretch, with rarely a substitute for change. In a settled ward the music has fallen into a rut of selected hymns, and has that one soprano in the choir that dominates the whole performance, even when there is a solo in another voice. Discussion in classes become more about social issues than doctrinal issues, and the Gospel Principles or Essentials class probably hasn’t been taught in 20 years.

I have lived in a few settled wards. The people are good, have good hearts, and have testimonies of the truthfulness of the gospel of Christ. What is lacking in a settled ward is fire. There is often no drive to improve and become more and better than yesterday. The wonder of the gospel has waned with time.

When I moved into my current ward (at the time of this writing I am in Hawaii) it was, in many respects a settled ward. The neighborhood was built about 40 years ago, and most of the people are, or their parents were, the first ones to move into the new subdivision. As I have lived here I have seen the original generation slowly passing on and their children moving into mom and dad’s house to pick up where they left off. Then we got a new High Priest Group Leader, who just happened to be the newly released Stake President. Young, and still very much alive with his own conversion to the gospel 15 or so years earlier, he started doing things that had not been done in our ward in quite this way before.

I have been teaching the Gospel Principles class for more than a decade, and sometimes we have been assigned a classroom so small that it only held four chairs. If only one or two people came to class it was embarrassing to be almost outnumbered by the teachers (my wife taught with me), and they would not come again. For months at a time we would go and get our classroom ready, wait at the door for about 20 minutes then slip quietly into the back of Gospel Doctrine when no one showed up to be taught.

What I did notice was that half of the Gospel Doctrine class should have been attending my class. They were completely lost in Gospel Doctrine. Those who revelled in the mysteries dominated the conversation and often controlled where the class ultimately went. Those who were shaky about their doctrine were mesmerized by the apparent knowledge of those who controlled the conversation and would never open their mouths. It was a travesty.

This new High Priest Group Leader started by challenging three of his old buddies, that had left the Church 30 years prior, to return to activity. These couples all knew this former Stake President from his old drinking and wild living days. His personal transformation was readily obvious to them. He expressed his love for them and told them they were missed. They listened. They came. They were reconverted. It was a glorious transformation in their lives.

Of the three couples, Alan was the first to come back to church. He was a garbage collector, and pretty rough around the edges. To watch his transformation into a gentle, God-fearing man was astounding. I was able to be there for the baptism, the conferral of the Melchizedek priesthood, and the temple sealing. A month after his sealing his job caught up with him. All those years of hauling trash had exposed him to so much toxic waste that he got cancer that killed him within just a couple of months. But his family had been sealed to him, and he to them. I have never seen anyone so filled with the love of God and for his fellow man. He was fearless in the fulfilling of his callings and duty in the Church. I helped to dress his body for the funeral.

The other two men, Frank and Mitch followed suit. Both are now high priests, are serving as leaders in the ward, are quiet, humble, happy servants of Christ. They are at every service project, every ward event, at the chapel cleanups, the care of the widow’s properties, everything. They still occasionally attend my class, even though they have been through the Gospel Principles manual three times now. It is amazing to watch their confidence grow as they read the scriptures and try to understand the basic doctrines of the gospel. These three couples have been a crowning blessing in my life. To know them and be a small part of their journey from complete inactivity to temple worthy has been a monumental privilege.

There are challenges with the introduction of new blood into our wards. Most of them are entertaining. Consider the investigator who wants to bear their testimony. They have no clue what they are doing or what the rules are, so you never know what you will hear. You only know that what you hear will be from the heart and truly heartfelt. There is the new member who still prays like an evangelical Christian, introducing every prayer with the sentence, “Let us pray.” Some of these sectarian habits are hard to break.

This is what it was like when the Church was first restored. Everyone in the congregation was new. There was no such thing as a “Church culture” among the Latter-day Saints. What we now take for granted as the “appropriate” way to do things took 200 years to develop. As the Church grows, whether in Africa, South America, or within our own wards, this new blood reminds us of what it is like to be an infant in Christ. All that the gospel has to offer is new to the convert. The blessings are overwhelming, the Spirit is overpowering. The love they feel is so intense and new that they often just stand and weep from the stunning effect it has on them.

There is so much to learn from our new members. There is so much to see and appreciate. There are so many problems that need to be solved. They do not understand Church protocol, Church government, and cultural traditions. Everything is new and scary. They were not raised in Primary, giving talks and speaking up in class. They were not raised giving talks in public, and are often mortified when we expect them to just stand up and talk about themselves in a meeting, of any size. Sometimes the life-long members of the Church forget how fresh and raw the new converts’ testimonies are, and how easily they can be offended or hurt.

These new babes in the family of the Church need to be cared for, watched after, nurtured with the milk of human kindness and understanding, and loved, and loved, and loved. I believe some of the greatest joys in the gospel of Christ come from those who have just found it.

If you have had experience working with new converts, please share your stories in the comments below.

To print this article click the link below to see the PDF file.