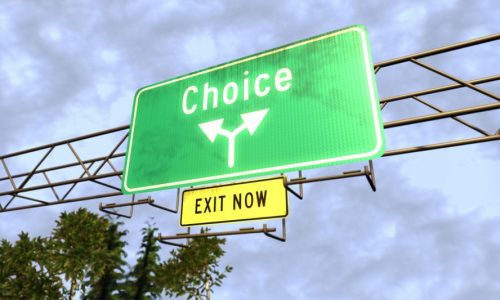 I know a couple whose returned missionary son is considering moving out of the house and into his own place. What seems like a normal move for a twenty three year old male does not appear that way to his mother. She is not ready to have her baby leave the nest just yet. There are still things she feels she needs to have a say in, so she and her son have been going at it for weeks now over his plans to move out, who he is dating, how he spends his time, in short, everything but the real issue.

As my wife and I were raising our five children we had every expectation that they would graduate from high school, go to the university until they were ready to go on a mission, serve a mission then come home and finish their education, get married, have little bouncing babies, and the world would have fulfilled its destiny. Our second child ended up moving in with relatives at the age of fourteen, had her first child at fifteen, and would not speak to us for at least two years. Our oldest would not leave home. She needed the time away to help her grow and get ready for life. She finally moved out and had a wonderful time at the university. A wonderful time that ended when she met her husband to be and both of them forgot that the university still required them to attend class and study. We ended up having 24 hours to plan a wedding to get her married before her fiance got deported.

Our third child started his family early and it took a couple of years to get his wife into the country. Child one and three eventually made it to the temple. Yea! Child four went off the deep end and is still struggling with life in another state. We love her dearly, but there is only so much that can be done to help. The fifth child insisted on leaving home before she was ready to leave. She did everything we told her not to do. Her life has been difficult, and she is still struggling, though she recently went to the temple with her husband, and we are so happy for them. 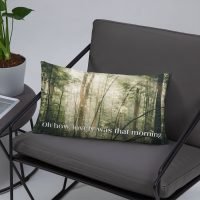 TMI! Too much information! you say. Well, at least I did not give you the gory details. This is the point. My wife and I thought we were rearing our active LDS family to go on missions, marry in the temple on the first try, not the second try, and then start having children. Where did we go wrong? If you have ever had a child who did not go down the path perfectly, you probably know how much abuse a parent can heap on their own head over this question.

It takes every parent a different amount of time and experience to learn how the Lord sees agency. We tell our children that they have their agency, their right to choose, but then let them know that their choice is limited to being obedient to what we say. I believe there was a plan introduced that included that option, but our Father in Heaven rejected it a long time ago.

Agency is the ability to do or to act. In 2 Nephi 2:14 the Book of Mormon prophet, Lehi is dying. As he nears the end of his life he calls each of his sons in to talk to them and encourage them to keep the commandments. When Lehi gets to his son Jacob he gives arguably the best sermon on agency in all of the scriptures. In the following verses he is apparently including all of his sons in his sermon.

14 And now, my sons, I speak unto you these things for your profit and learning; for there is a God, and he hath created all things, both the heavens and the earth, and all things that in them are, both things to act and things to be acted upon.

Every creation falls into one of two categories, either to act or to be acted upon. God’s children were created to act for themselves. There is only one circumstance where God acts upon them, and that is when they have forfeited their freedoms by their actions, and he is forced to impose punishments upon them. In all other instances they are free to act for themselves. 2 Nephi 2:26, 27 spell out the conditions upon which God will act upon us.

26 And the Messiah cometh in the fulness of time, that he may redeem the children of men from the fall. And because that they are redeemed from the fall they have become free forever, knowing good from evil; to act for themselves and not to be acted upon, save it be by the punishment of the law at the great and last day, according to the commandments which God hath given.

Did you catch that last bit in verse 27? Men are free to “choose captivity and death, according to the captivity and power of the devil.” What? God allows that? I thought he loved us? That is where the misunderstanding of agency comes in. It is because He loves us that he does not interfere with our right to choose for ourselves. It is not a matter of us being too immature to make these decisions on our own. We are countless ages old. We, as God’s children were prepared and mature enough that we were ready to leave his presence and come to earth to receive mortal bodies, the precursor to our receiving an immortal body like God’s own body.

Our time on earth is one where we have come to learn, to make choices, and live with the results of those choices. Christ performed the Atonement for us so that when we mess up and make the wrong choices we can be forgiven. As parents, it is difficult to accept sometimes that the principles of agency apply to our children just as much as they applied to us when we lived at home and wanted to make our own decisions. So where does that leave this poor mother at the beginning of our story? She obviously loves her son, but she also is not willing to let him have his agency. They have a problem. 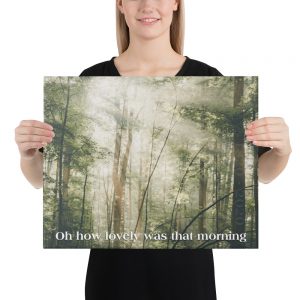 Bicentennial of the Restoration on Canvas
“Oh how lovely was that morning.”

How are we, as parents supposed to let our children go out and mess up their lives, as we sometimes fear they might or will? What does the Lord do? He is our perfect example of how to rear children, right? The Lord has taught us as much as we are willing to listen to. We teach our children as much as we can while they are growing up. But the Lord has let us leave home. We are on our own in a potentially bad place, but He has not left us defenseless. We have scriptures, prophets, the Holy Ghost, our conscience, the love and support of those who have been here longer than we have and who have learned a thing or two. At some point we as parents have to realize that our time at parenting a little child is coming to an end. We now have an adult on our hands. In some cases we have someone who thinks they are an adult, and we cannot convince otherwise.

All we can do is what the Lord has done with us. We love them, offer them our support, pray and fast for them, and plead that the Lord will send people into their lives to help them along their journey. What we as parents must never do is stop loving, caring for, and being there for our children. No matter how badly we mess up, our Father and Christ are always at home awaiting our return through prayer and fasting. How can we do any differently. Our children may not do what we think they ought to do, but we should never lessen our love and support, our concern or our prayers in their behalf.

Letting our children have their agency, as the Lord himself lets us have ours is not an easy things for many parents. But sooner or later we all have to learn to let our children have their chance to carve out their eternal destiny for themselves, no matter what it may look like when they are done. The only thing they really need to know is that, like the love of our Lord for us, our love and concern for our children never changes.

If you have had, like me, a struggle with honoring the agency of a child, I would appreciate hearing your story.